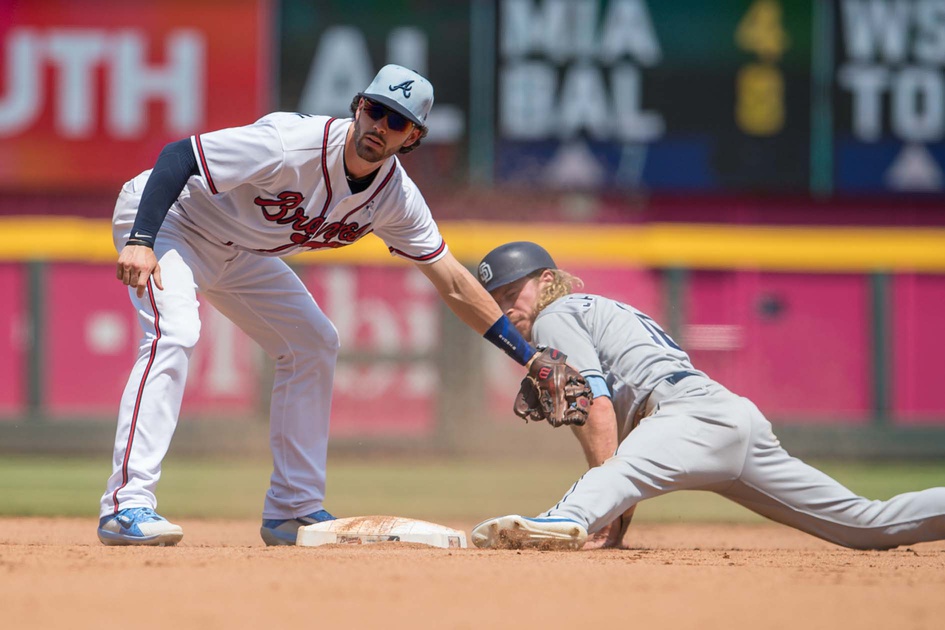 The third tilt of a four game series is set to play out Saturday afternoon on FS1 when Ian Anderson leads the defending World Series champion Atlanta Braves into battle against Nick Martinez and the San Diego Padres. Atlanta enters this tilt having cost MLB bettors a pretty penny in the prior series at home against Washington after dropping two of three to the Nats. The Friars just lost their first series of the season in San Francisco where the Giants took two of three after coming out on top of a pitcher’s duel in Wednesday’s finale. Each team is expected to compete for the league pennant this season with SugarHouse Sportsbook lining each amongst the favorites to do so per the current NL futures odds. The Braves had their way with the Padres a season ago in winning four of the five overall skirmishes. Bob Melvin shouldn’t have to try too hard to get his men up for this series let alone this contest. That and the pitching matchup has me leaning towards backing the under.

It hasn’t been the greatest of starts for the defending champs. They entered Thursday night’s opener yet to win a series after splitting four against Cincinnati and following it up with a series loss to their division rivals. The 3-4 overall record has cost those that backed them a cool $230 which makes them the fourth worst bet in baseball ahead of the Twins, Marlins, and Orioles. This series finds them on the road for the first time in 2022. They went 46-35 ($552) a season ago. San Diego opened the year up with a series win at division rival Arizona, but then only managed one win in a competitive series with the Giants. Their 4-3 record has resulted in $48 worth of baseball betting profit. SD were huge disappointments for their supporters a season ago (-$2738). Though they finished nine-games over .500 as hosts, they still dropped nearly $900 overall at Petco Park.

Ian Anderson (R): Ian Anderson has failed to build off his fantastic MLB debut back in 2020 when he logged a 1.95 ERA and 11.4 K/9 through 32.1 innings over six starts, and then went HAM in the postseason. Though serviceable a season ago, the overall effort wasn’t on par with the year prior. He came out of Spring Training with a toe issue which was one of the reasons I faded him in his season debut at home against Cincinnati. Cashing that ticket ended up being a cakewalk after he lasted just 2.2 innings by issuing five free passes and 5 ER. He logged just a single strikeout. Until that toe blister is fully healed, I want nothing to do with backing him right now. That said, his stuff should be much improved and I’d look to hit over his IP prop and K prop with San Diego striking out at a 28 percent clip against right-handers.

Nick Martinez (R): Welcome back to the bigs Mr. Nick Martinez! San Diego tested the now 31-year old after four seasons in Japan by matching him up against fully loaded lineups throughout Spring Training. He would go onto hold his own and pitch to a 3.00 ERA. The solid showing carried over into his 2022 debut after tossing five innings of 1 ER ball and registering a 6:1 K/BB ratio against the Giants. Though his velocity was down a tad from the exhibition season, he still flustered San Francisco with a steady diet of cutters, changeups, and curveballs which still allowed for his four-seamer to thrive. SD’s starting rotation currently rates out as the best in the game from a quality start perspective. Though Atlanta has struggled against righties early on, a very stiff test awaits for his second go-round.

I’m thinking a trek away from Truist Park will be just what the doctor ordered for the reigning champs. So far, the Atlanta Braves have been unable to get into a groove. Though the offense has averaged 4.86 runs per game (No. 8), it’s yet to fully get into a rhythm. Like the Friars, it’s gotten solid pitching from the starting rotation but the bullpen has been abysmal. Both teams’ pens rank No. 25 and No. 27 respectively! With Anderson extra motivated to put forth a good showing and Martinez in a groove, I’m expecting a pitcher’s duel to play out; at least early on. As such, I’ll be making an investment on the under of the first five innings and look for both starting pitcher’s to keep the scoreboard operators twiddling their thumbs. Hopefully an ump with a nice sized strike zone settles in behind the dish. All bets are off once the bullpens come into play!