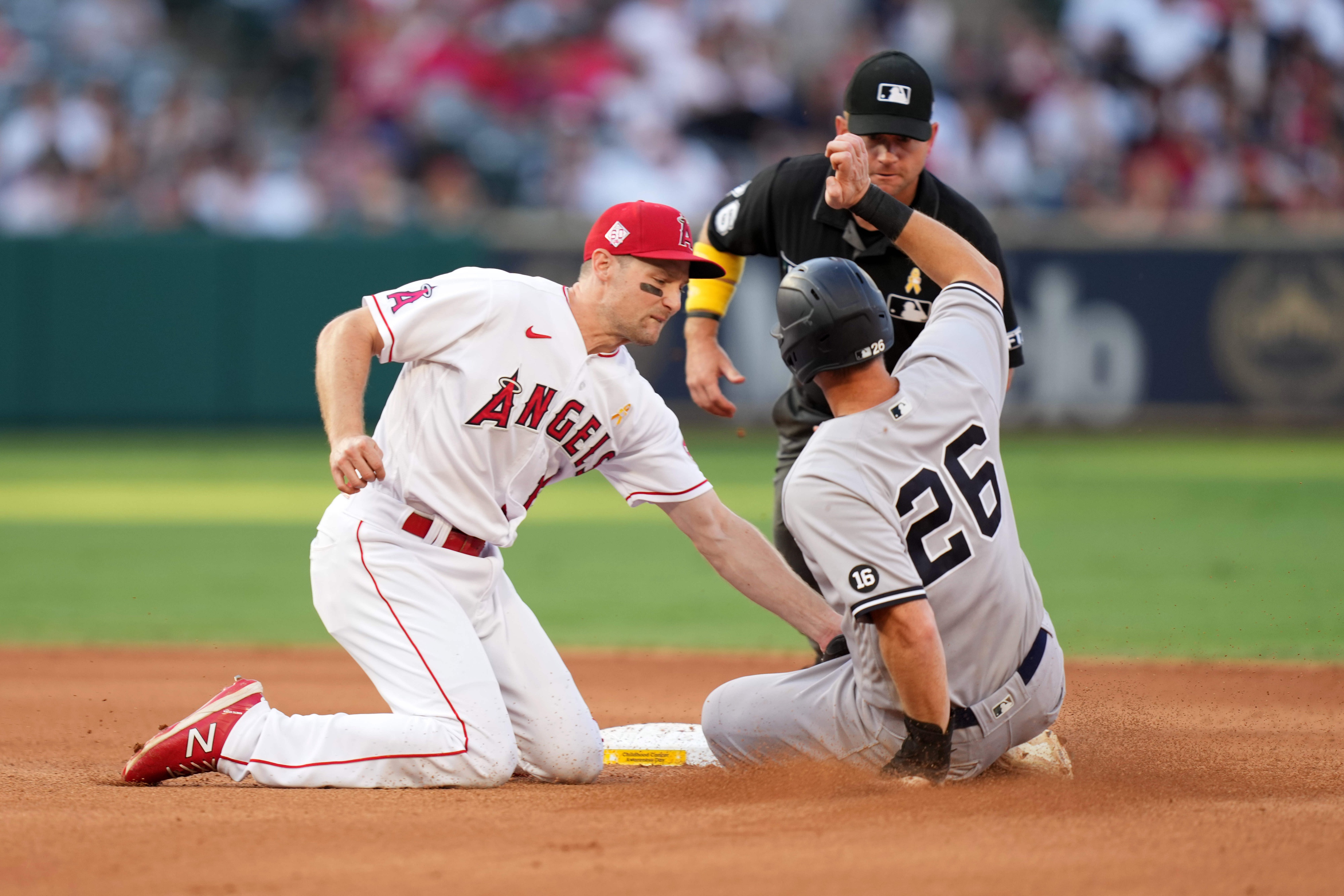 A big series is set to go down in the Bronx with the Los Angeles Angels set to square off against the New York Yankees in a matchup of American League heavyweights. Aaron Boone’s squad remains perched atop the American League standings with it one of only two AL teams that’ve amassed 30 or more wins to this point of the MLB betting season. It returns home off a competitive series split with the Rays in Tampa Bay. On the other hand, the Halos limp into this series amidst a five game losing streak having just dropped an extended four-game series to the Toronto Blue Jays at home over the weekend. Both clubs are dealing with some major injury concerns right now, but I lean towards the visitors in the series opener at SugarHouse Sportsbook with Noah Syndergaard returning to the Big Apple looking to make a statement against the underwhelming Jordan Montgomery. With the Angels crushing lefties and the Yankees bullpen recently ravaged by the injury bug, look for LA to take the series lead and put an end to its losing ways.

Angels’ supporters had been riding a wave of green up until recently. After allowing the Blue Jays to sweep them in their own house on Sunday, Los Angeles is now -$46 in the red regardless of sitting five-games over the breakeven point at 27-22. It also owns a winning 12-9 record playing away from the “Big A” where it’s put $228 worth of baseball betting profit in its backer’s pockets. This will however be its first trek away from home since May 18 when it shockingly got swept in Arlington by the Texas Rangers. The Yankees remain one of the best bets in the game regardless of dropping six of its last 11 games. It’s been dominant both on the road (16-8, $338) and even more so at home where it’s 17-7 overall for a $248 return on investment. New York has come out on top six of the last 10 times it hosted this rivalry with the under also cashing in six times; an average of 9.1 runs were scored in those contests.

Noah Syndergaard (R): The Angels are treating the right-hander with kid gloves so as to make sure his surgically repaired throwing arm doesn’t suffer any setbacks. This will be his first start in a week and eighth overall of the season. The results have been pretty solid to this point with “Thor” the owner of a 4-2 record, 3.08 ERA and solid 27:8 K/BB ratio. That being said, he’s been much more effective on the comforts of his home bump (3-0, 1.48 ERA) than he has on the road where the ERA swells to 5.93 and batting average against to .304; opposing batters are only hitting .184 against him when at home. He’s 1-1 with a career 4.91 ERA versus the Yankees, but gets the benefit of avoiding both Giancarlo Stanton and Josh Donaldson in this appearance.

Jordan Montgomery (L): “The Bear” has been ultra-serviceable through his nine prior starts, but the end results haven’t been great in the W/L column. Though his ERA clocks in at 3.30 and K/BB ratio 37:8, the output has amounted to a hard to believe 0-1 record. The south paw has been steady as they come regardless of the game splits. Tonight’s scenario finds him pitching to a 3.86 ERA and .208 BAA at home. Under the lights, his ERA lowers to 3.38 but his BAA swells to .243. He’ll have his hands full in this one with Mike Trout and Co. peppering opposing left-handers for 5.3 runs per game (8-6) and a .726 OPS (No. 11). Montgomery is 1-0 with a 3.18 ERA and .250 BAA in his lone career start against the Halos.

I’m expecting a heavy bout of negative regression to hit the Yankees in due time. It might already be here with it losing more than it’s won over its last 11 games. Along with the big sticks missing in the batting lineup, it’s also got a ton of huge injuries in the bullpen with Chad Green done for the year as well as Aroldis Chapman and Jonathan Loaisiga out for the foreseeable future. While I don’t’ truly envision LA being a serious World Series contender, this is a series it can and will make a statement in. Though Anthony Rendon is currently out of their equation, there’s still plenty of thump remaining in the lineup with Shohei Ohtani looking to pepper the cheap seats just like he did the last time he paid Gotham a visit. Gimme the Halos in the opener!