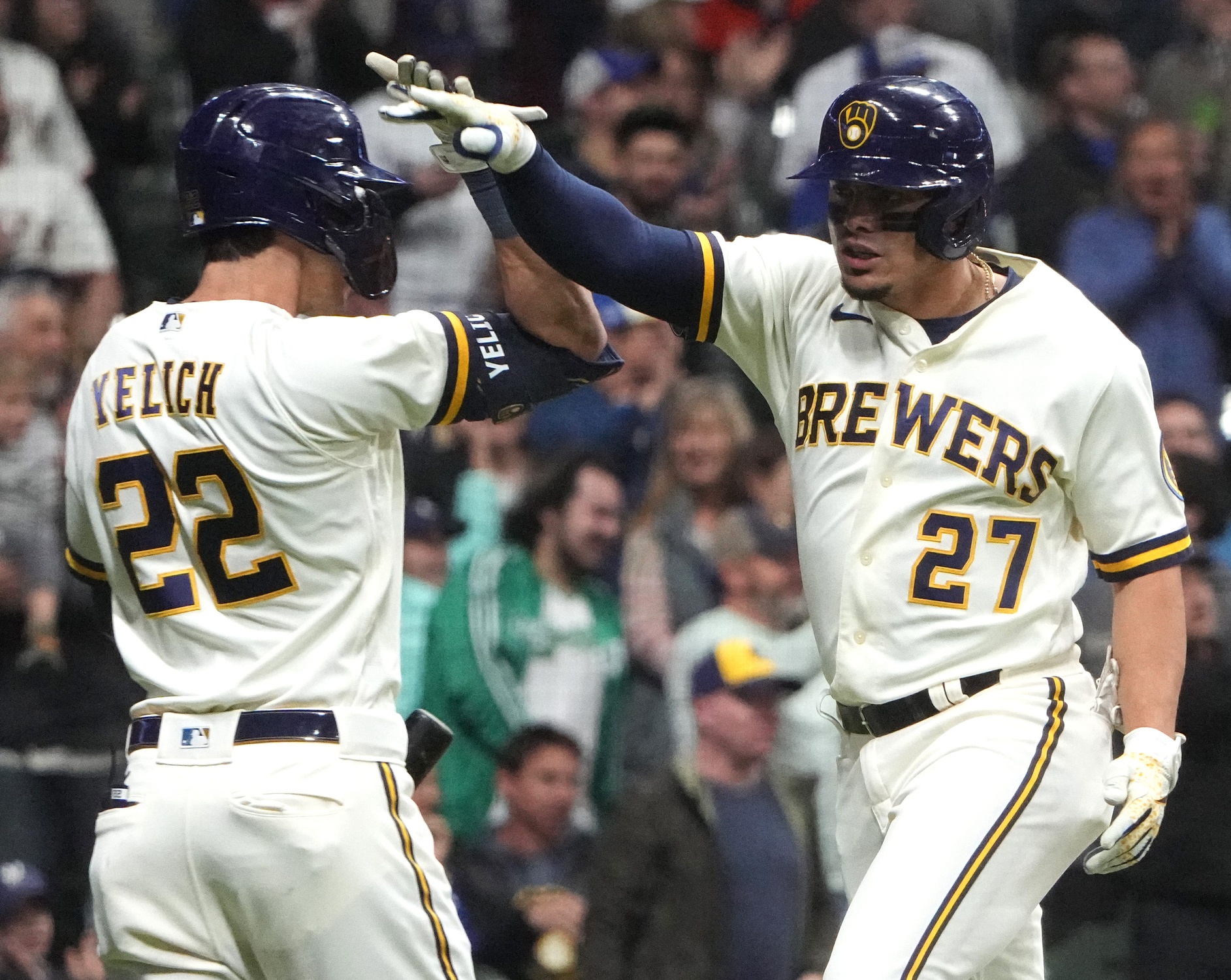 The NL Central is shaping up to be one of the more easier division races for baseball bettors to dissect. It looks to only be a two-horse race between the defending champion Milwaukee Brewers and St. Louis Cardinals. I say that only because they’re the only two teams in the division that’s played to a +.500 record to this point of the season. I mean seriously, do we expect either the Pittsburgh Pirates or Chicago Cubs to be in the thick of the pennant race come September? That was a rhetorical question people; I wasn’t expecting an answer since it’s already more or less etched in stone. Of the two current division leaders, it’s the Brew Crew that’s seen its odds move for the worst at FanDuel Sportsbook after initially hitting the board a near coin flip to win the division a second straight season. Their impost currently clocks in at -185 whereas the Cardinals have moved ever so slightly to +185 after originally opening +190. For reference sake, the Cubs have moved from 11-1 to 15-1, while the Pirates have moved from 33-1 to 75-1. The Reds futures odds have bottomed out moving from +450 all the way down to 100-1! By all means throw some beer money at the Redlegs if you’re a holy wo/man and believe in miracles ;) The following are the two teams I’d only wager on to win the NL Central at this point in time.

With a 16-1 World Series ticket already in hand on the Brewers, I’d be lying if I told you I wasn’t disappointed with the team’s 10-7 start to the season. But since dropping three of their first four games to the Cubs and Pirates of all teams, Craig Counsell’s troops have gone on to log wins in nine of their last 13 played games. It’s resulted in a small $37 profit for their wagering supporters, but I don’t think we’ve seen anything close to what this team’s all about two and a half weeks into the 2022 campaign. The offense has been nothing short of an albatross that can’t hit its way out of a wet paper bag. While that’s been the case for the last few editions of the Brew Crew, I believe that issue sorts itself out in the very near future. No joke, Keston Hiura’s .240 average leads the team; that’s how bad it’s been!

Milwaukee ranks nearly dead last in the most important of offensive stat categories save for steals (No. 11), yet still only owns a -4 run differential. That goes to show just how dominant a pitching staff this franchise possesses! You’d be hard-pressed to form a more impressive top-three of a rotation than Brandon Woodruff, Corbin Burnes, and Freddy Peralta. On top of that, Eric Lauer and Adrian Houser have more than held their own. Once the bullpen starts playing back to form, it’s going to be a nightmare to score runs off this team game in and game out. Pair all of it with a top-10 ranked defense, and you’re not only looking at the NL Central winner, but also a bona fide World Series contender!

The Redbirds have gotten out to a respectable 9-6 record to kick-off their 2022 MLB betting campaign. It’s resulted in upwards of $230 profit for their supporters. Most impressive about that start is that 10 of their 16 overall played games have come away from the comfy confines of Busch Stadium. They’re 3-2 as a host (-$15) and 6-4 in the visitor’s role ($247). Thirteen of its next 19 games will come at home, so it’s entirely possible Paul Goldschmidt and Co. see their odds of winning the division shorten up dramatically should they come out on top in a bulk of those matchups and the Brew Crew falter.

While better than Milwaukee, the offense has still left much to be desired with it batting .234 as a team (No. 15) and only launching 13 homers into the cheap seats (No. 19). Still, there’s much to like about this offense with youngsters Dylan Carlson (.203) and Harrison Bader (.229) yet to hit their stride, while Tommy Edman (.294) and veteran All-Star third baseman Nolan Arenado (5 HR) lead the offensive charge. Also like the Brewers, the pitching staff has allowed for the decent start. The starting staff – led by veteran right-hander Adam Wainwright – owns the league’s sixth best ERA (3.02), and is backed up by the No. 8 ranked bullpen that’s limited opponents to a .194 batting average against and converted four of five save opportunities. This is a prideful franchise that won’t be going down without a fight. Should the Jordan Hicks experiment work out as hoped and Miles Mikolas continue dealing like he did back in 2018, the Redbirds will be right there until the end of what I expect to be a very intense division title race!