Minnesota Vikings to Sleepwalk their Way to the NFC North Title 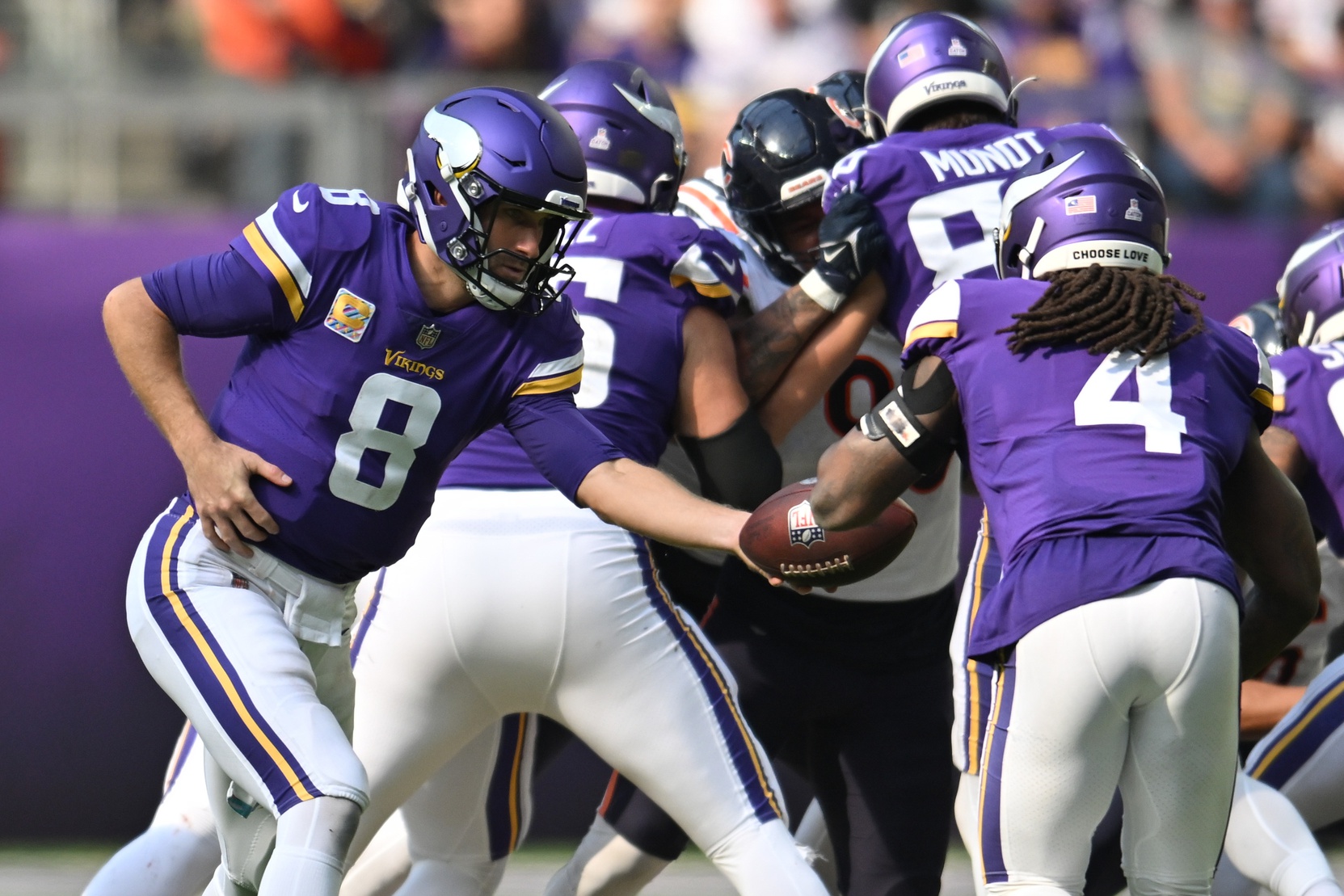 With the demise of the Green Bay Packers, the Chicago Bears being at least another year or two away, and the Detroit Lions getting decimated by the injury bug, the Minnesota Vikings are shoe-ins to secure their first NFC North title since 2017. That’s highly evidenced with the Vikings odds of winning this division now the highest they’ve been all season over at PointsBet Sportsbook after jumping from -900 all the way to -2500 since last reporting.

Let’s put the futures odds under the microscope and see if there are any other buying opportunities to add to the portfolio.

Last I reported on SKOL, I stated the time was then for Kevin O’Connell’s squad to establish itself as the team to beat in this division and let others know it’s also a bona fide Super Bowl LVII contender. Though Minny ended up taking care of business against both Arizona and @Washington, neither win was dominant. In fact, it was certainly within the realm of possibility that each was flat-out lost!

This team has luck boxed its way to a 7-1 SU record opposing winning teams all of two times through eight games. The first winning team run up against saw Minnesota drop a 24-7 decision to Philadelphia in the Linc; an understandable loss. The lone win over a winning team came with Teddy Bridgewater under center for Miami. Again, luck box! And now, they might get to go into Buffalo and oppose the Bills without Josh Allen under center. This team is charmed!

The next month will be extremely telling for the Minnesota Vikings with games scheduled to go @Buffalo, Dallas, New England, Jets. I already bet this team to win the division at the outset of the season and also hit the over of their 9-game wins total. Their adjusted 11.5-game in-season wins total has -155 juice attached to the over. I want nothing to do with it, but a glance at the schedule does suggest another five wins are there for the taking.

When I reported on the Green Bay Packers a few weeks back, I stated I wouldn’t be interested in backing them to win this division even if the rate of return was 10-1. It was 5-1 when I made that statement. Well guess what, they’re now offering up a 12-1 return at PointsBet and I still want absolutely nothing with this team challenging the Vikings for division bragging rights.

After dropping an ugly 15-9 decision to the Lions in Motown this past Sunday, the Cheeseheads three-year reign at the top of the division standings looks to be coming to a harsh end. Relief doesn’t look to be in the offing over the next month either with Dallas and Tennessee set to invade Lambeau Field over the next two weeks followed by road games at Philadelphia and Chicago. This team might not make it to the Week 14 bye!

I laughed all the way to the betting window before handing the teller my money to fade Aaron Rodgers and put it on the under of the Packers 11-game wins total. It’s readjusted number to beat currently clocks in at 6.5 with heavy -150 juice attached to the over. I’m not sure four wins remain on the docket, so I’ll gamble and look to add to the Packers misery by hitting the under at attractive +125 odds.

Dan Campbell’s Lions aren’t winning the NFC North this season. They’re also not qualifying for the playoffs. However, I stated the last time I reported on this team that there is still money to be made backing the Lions both from week-to-week and futures odds perspectives.

I recommended hitting he over of their 5.5-game adjusted in-season wins total at a plus-money return, and I’m once again recommending to do the same with it not moving even though it just put an end to a five game losing streak by getting the best of the Packers. I honestly think four if not five more wins are there for the taking with games still remaining against the Bears (x2), Jaguars, Vikings, Jets, Panthers, and Packers.

This Detroit team is still loaded with talent regardless of the injury bug being nothing short of an enormous pest. Don’t forget that – hit the over!

The Bears enter Week 10 with a 3-6 SU record that’s seen them cover the NFL odds at a 4-4-1 clip. Perfection! I didn’t have high hopes for my team entering the regular season, and backed it up by hitting the under of their 6.5-game wins total and laid the -115 juice.

I absolutely loved last week’s result versus the Dolphins with Chicago earning the cover in a hard-fought defeat. I expect even more of these to be in the offing moving forward as the franchise continues to build the foundation of what looks to be a promising future down the road.

As great Justin Fields has been over the last five weeks ranking out as the No. 1 fantasy quarterback, it’s amounted to a grand total of one win. I wouldn’t mock you if you wanted to eat the heavy -177 chalk on the under of Chicago’s in-season wins total, but I’m already invested at a much more reasonable cost.