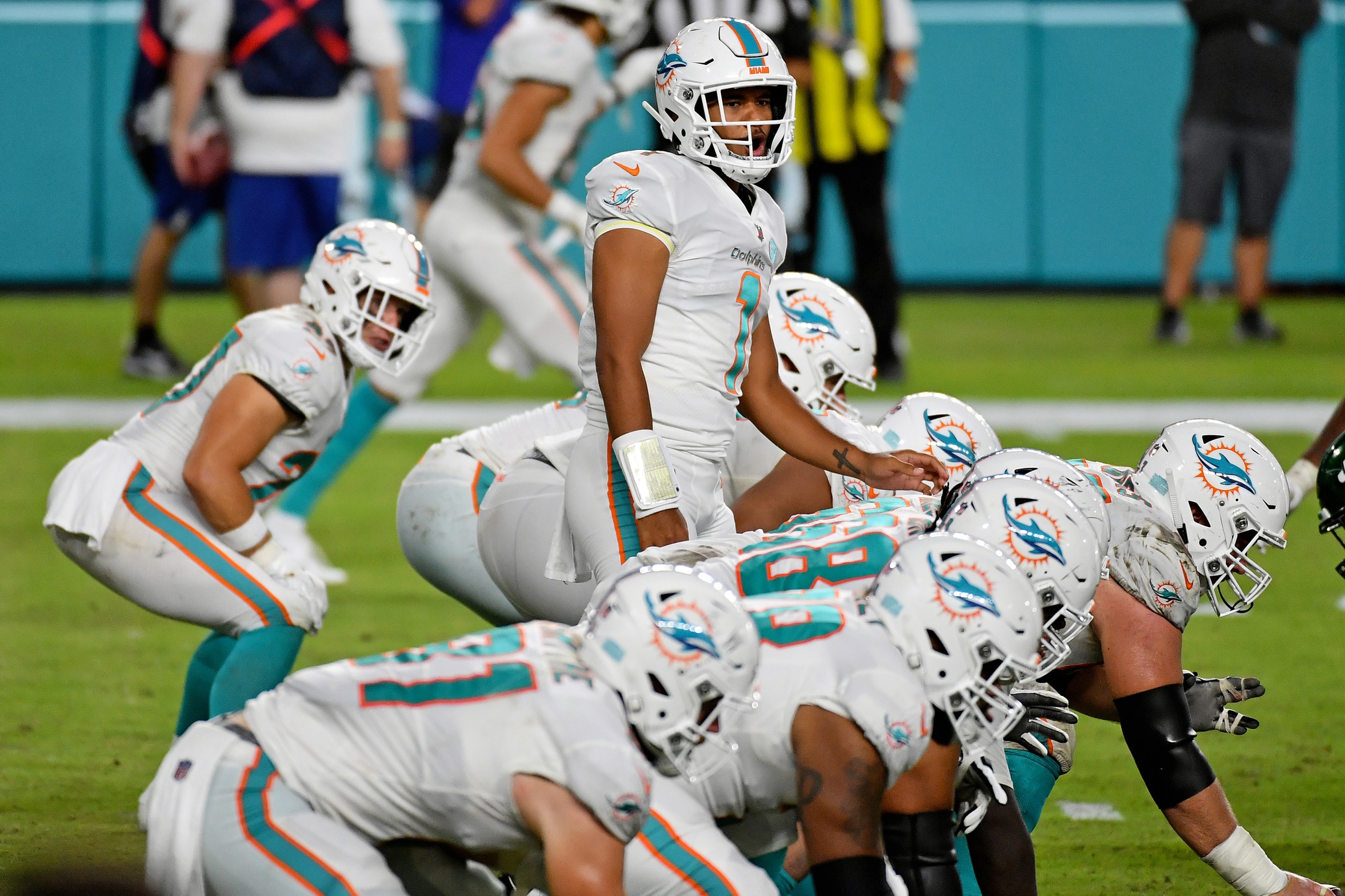 For the second year in a row, the Miami Dolphins enter the season with 40-1 odds of hoisting the Lombardi Trophy. Only this time, it’s with a brand spanking new coaching staff in tow that has a number of new toys to play with after upper management went out and made some big signings to improve the roster on both sides of the ball.

Will the moves paired with the limited selections in the NFL Draft be enough to allow for Mike McDaniel and his staff to have a memorable go of it in their first go-round in South Beach? They’ll be competing for division supremacy with a Buffalo Bills team that just so happens to be the running favorite to win Super Bowl LVII at DraftKings Sportsbook. Most NFL bettors pushed on Miami’s season wins total last year. That is if they entered the market late. I ponied up the -140 juice and took under 9.5 and came out a victor after the Fins only managed nine wins.

That being said, the team only logged one win in its first eight games and still nearly surpassed the impost. With the roster only improved in the offseason and the schedule said to be on par with last season’s difficulty, I’m digging the over 9 at a slight plus-money return. It’ll all come down to Tua Tagovailoa and the team understanding the new philosophies laid out before them. I’m bullish!

The Fins saw their three-year stretch of surpassing their win total come to an end last season. Early bettors cashed in on the under while those that got to the party late had to settle for a push. DK is actually expecting a slight bit of regression, but I’m not buying it. This is a franchise that’s won a total of 19 games over the last two seasons and settled for second and third place finishes because of it. With the Bills likely out to put the hammer down after losing their grasp on home field advantage last season, the Dolphins know full well another poor start to the regular season schedule will have them behind the 8-ball in the blink of an eye. Their +450 odds of winning the AFC East sit only behind that of Buffalo.

NFL bettors will know if their over bet has any shot through the first month of play with games slated to go vs. the Patriots, @ Ravens, Bills, and @ Bengals. Should they come out with a 2-2 record at the very least; Miami will be on solid ground. Win three or sweep the slate, and you can bet your bottom dollar Miami is not only in the thick of the AFC East title race, but their odds of winning the AFC and big game will get slashed dramatically. The Dolphins would really do their supporters a solid by taking advantage of what looks to be a charitable cast of opponents leading up to their Week 11 bye. They got the Jets on the road followed by the Vikings, Steelers, @ Lions, @ Bears, and Browns. Only two of those teams are currently favored to qualify for the playoffs. If not, it’s going to be incredibly tough – but not impossible – to win 10 games when taking a gander at how the schedule lines up from week 13 to 17. That three-week stretch that finds them on the road in San Francisco, Los Angeles (Chargers), and Buffalo is nightmarish to say the least!

Even so, I’m excited to see what this team looks like in 2022-23 with the offense adding Tyreek Hill and Cedric Wilson to play alongside Jaylen Waddle and Mike Gesicki in hopes of improving upon the league’s No. 17 ranked passing attack of a year ago. The running game also looks to be bolstered with Chase Edmonds, Sony Michel, and Raheem Mostert added to the roster. Should Terron Armstead and Connor Williams turn the team’s weakness along the offensive line into a strength, Miami just may very well possess one of the more potent offensive attacks in the game. The talent is there. Health and the further development of Tua will go a long way in making it a reality.

Not exactly sure why Josh Boyer was held over to once again call the shots for what was a middling to below average defense under his watch; save for forcing and recovering a plethora of turnovers. If the defense is finally able to flip that switch, it could rank out amongst the top-10; maybe higher! The +105 return on an even nine wins has my attention. I can see this team winning 10-plus games or flopping altogether in what would amount to Tua’s final season in South Beach. Either way, look for the Dolphins to get back to cashing tickets for those that back the over of their season wins total.