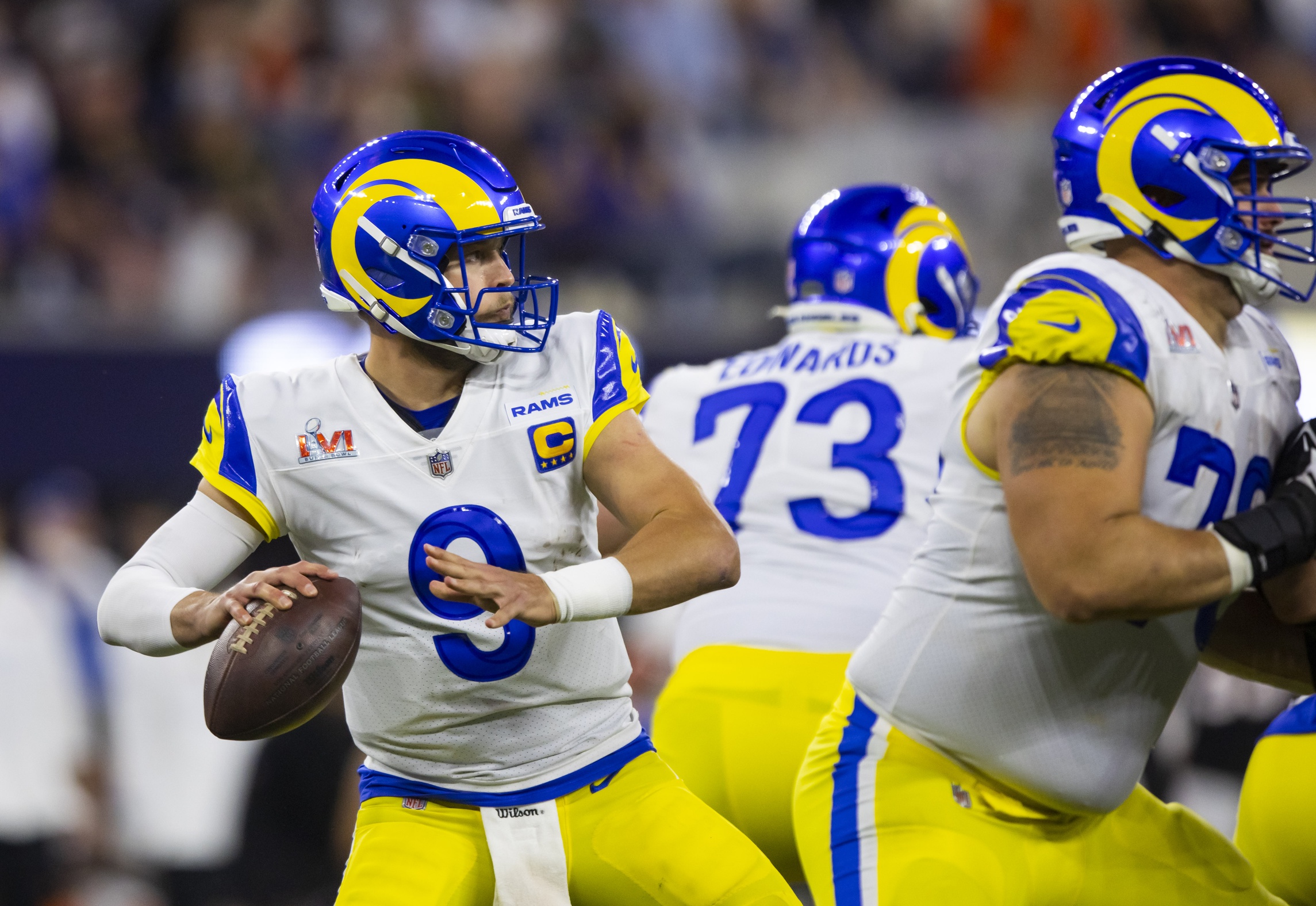 Even though the Los Angeles Rams burst out of the gates by winning seven of their first eight games, NFL bettors were still able to get attractive odds on them winning the Super Bowl. In other words, linemakers weren’t overly optimistic the hot start would translate into a title. Then they went out and dropped three straight games to other playoff entrants, which saw their NFL odds of hoisting the Lombardi Trophy flat line. But instead of taking their ball and going home, the Rams rose to the occasion rattling off five wins in their final six games to secure the No. 4 seed in the NFC.

The rest was history!

They would go on to pound the division rival Arizona Cardinals in the Wildcard round before logging three straight wins by exactly three points to win Super Bowl LVI. They’re currently installed 11-1 choices to repeat as champs at PointsBet Sportsbook and are one of only 11 teams that currently possess a double-digit season wins total. LA has been money in the bank for those with enough foresight to believe in this franchise since the head coaching reins were handed over to Sean McVay. They’re 4-1 to the over since he was hired back in 2017, and they destroyed the impost the four times they went over.

That being said, I’m reluctant they have it in them to churn out another double-digit win tally with so many things going against them in 2022-23. For starters, they play in what could once again be the most competitive division in all of football. They also go from taking on a league-average schedule strength to opposing the second toughest overall, according to the stat geeks over at Sharp Football Analysis. On top of all that, the depth of the roster has been thinned out dramatically, with high-end draft picks forfeited to bring in the likes of Matthew Stafford, Odell Beckham Jr., Von Miller, and Jalen Ramsey. It’s also been incredibly lucky the way it’s been able to evade the injury bug throughout the current coaching staff’s stay in Tinseltown.

Due to the NFC being the much lesser of the two conferences, the Rams are still a bonafide contender to at the very least qualify for the playoffs. I foresee it being as a Wildcard and not as the division winner this time around.

As already stated, Los Angeles has exceeded its win total four of the last five seasons. Last year, the squad rolled to 12 regular season wins to smash its 10.5 game impost. The year prior, it won 10 games even though linemakers expected it to be just better than a .500 team. While a tip of the cap goes to McVay and the coaching staff for routinely putting the team in a position to exceed expectations, you can’t help but think it’s only a matter of time until all the good fortune finally bites them in the derriere. The team would go 4-2 in one-score games, which included three playoff wins over the Tampa Bay Buccaneers, San Francisco 49ers, and Cincinnati Bengals.

Sorry, but this is too veteran and top-heavy of a team for me to buy into it having enough desire and luck to defend its title! If a major impact player suffers a catastrophic injury, it could derail the whole season as little depth the franchise currently possesses.

Karma is you know what! Will it come back to bite the Rams after the way McVay and GM Les Snead flat-out laughed at the New England Patriots selection of Cole Strange in the first round? Only time will tell. Regardless, the players, coaches, and upper management are mighty full of themselves right about now. I’m all for having moxie, but the Rams weren’t nearly the best team in the NFL a season ago. They got hot when it mattered most and rode that vapor trail all the way to the franchise’s second Super Bowl triumph.

Stafford enters the 2022-23 NFL betting season with an elbow issue. The coaching staff is babying him in camp in hopes that it’ll be 100 percent or as close to it by the time Week 1 comes around. His offensive line was dominant last season ranking ninth in adjusted sack rate allowed and 11th in pass block efficiency. With veteran stud LT Andrew Whitworth hanging up the cleats and G Austin Corbett leaving for greener pastures, the front wall isn’t as strong as it once was. RB1 Cam Akers is still less than nine months removed from the Achilles injury that cost him a bulk of 2021-22. Even with Cooper Kupp coming off one of the greatest receiving seasons in the history of the NFL and the offense replacing Robert Woods with a motivated Allen Robinson, this side of the ball could struggle mightily if the O-Line regresses.

As for the defense, it will once again be a force with Aaron Donald up front and Jalen Ramsey in the secondary. Other than that, there aren’t many other intriguing pieces. Sorry, but I’m not buying into the corpse of Bobby Wagner revitalizing the linebacker corps, and Leonard Floyd is only a thing due to opposing offenses putting so much attention into stopping the best defensive player in the league.

The schedule is a monster right from the word go. It’ll host Josh Allen and the Buffalo Bills in Week 1, and then take on NFC West rivals Arizona and San Francisco on the road to close out the first month of play. Though it gets the benefit of playing nine true home games, six of their final 10 games will occur on the road against the likes of the Bucs, Saints, Chiefs, Packers, and Seahawks. The Week 17 tilt against the Los Angeles Chargers will occur in SoFi Stadium, where they’ll likely own the home field advantage.

The NFC West will be a war of attrition this year. Ultimately, they might find a way to win it but could still pull it off winning 10 or fewer games. I wasn’t a believer in this team last year, and that’ll once again be the case in their repeat tour.