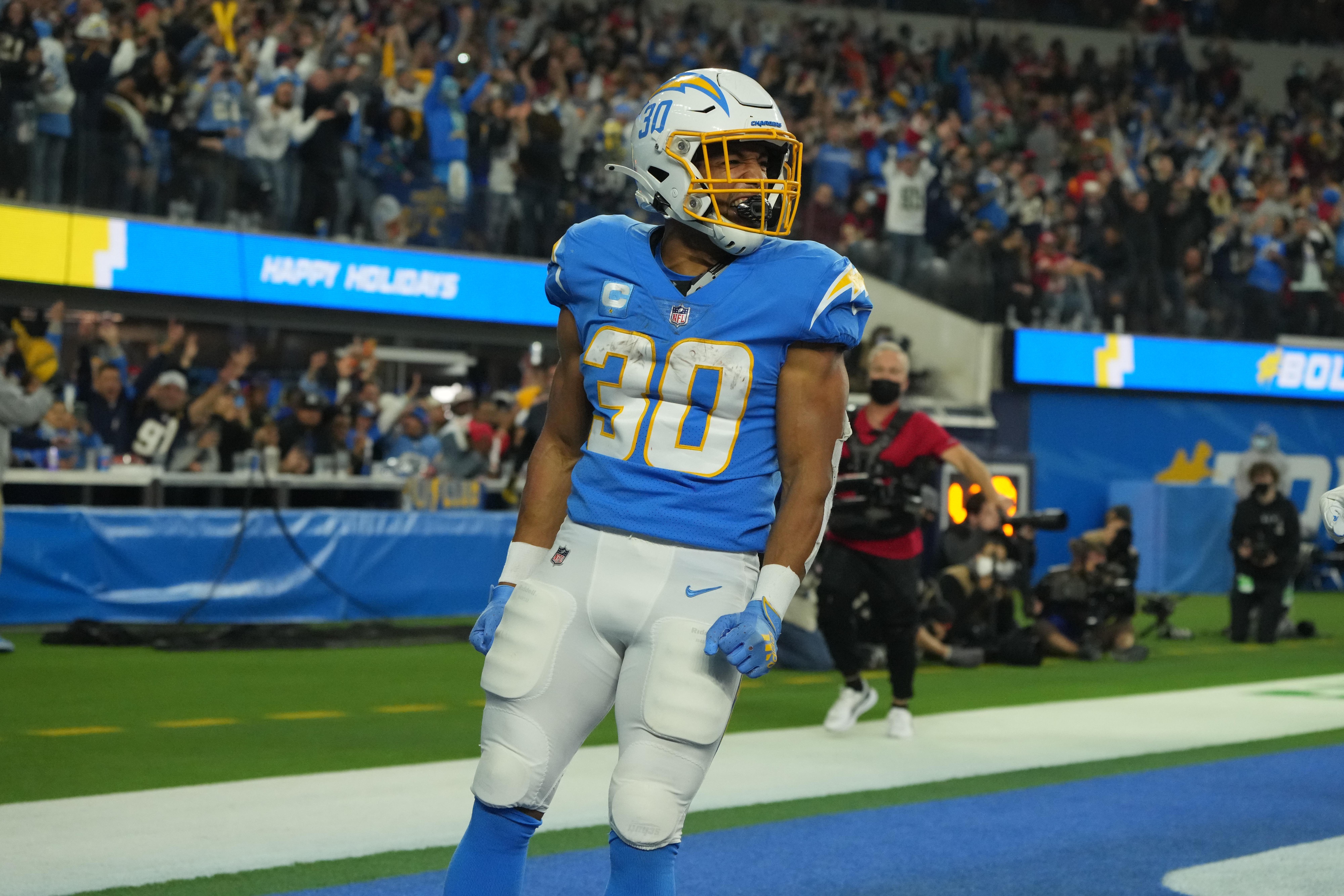 So I wavered tremendously wanting to back the over of the Los Angeles Chargers season wins total in Brandon Staley’s inaugural campaign as head coach. Ultimately, I didn’t pull the trigger - boy, was I glad I held off after watching what went down over the course of the regular season! Say what you will about Staley’s relentless riverboat gambling ways going for it on fourth down and attempting the most two-point conversions in the league; it all drove me nuts! While the analytics mostly stated they were the right moves, it made for some extremely uncomfortable end games. LA only finished 4-5 in one-score games because of those decisions.

And to think, cashing the over ultimately came down to the Week 18 tilt in Vegas against the Raiders; a game the Bolts would go on to lose and not tie due to the head coach’s inexcusable timeout late with the Silver and Black accepting a tie. Had it played out that way, LA would’ve punched a ticket to the second season. But alas, it didn’t, and sickened Chargers fans saw their streak of not reaching the playoffs bloat to three straight seasons.

Linemakers at FanDuel Sportsbook don’t think that to be the case this time around with the Bolts -162 favorites to partake in postseason festivities. They’re also just +240 dogs to win the AFC West after hitting the board at +450 a season ago. There’s much to like about this team in 2022-23. From the moves made in the offseason to shore up the roster in both free agency and the draft to this being Justin Herbert’s third go-round at the pro level, I got the Bolts pegged as AFC title contenders and dark horses to reach the Super Bowl for the first time since 1995.

Along with failing to qualify for the playoffs the last three years, the Chargers also came up short of surpassing their win total. Last year’s squad opposed a middle-of-the-road schedule strength, and that once again looks to be the case this season with Los Angeles set to run up against the 14th toughest schedule per Sharp Football Analysis. Even so, the number to beat has actually been bet down half a win after initially hitting the board at 10.5. Is this a case of n total bettors of a year ago, or is the betting public simply just not buying what the franchise is selling?

I find it extremely tough to believe the market is fading this squad right now. Four of the first seven games come in the comforts of SoFi Stadium, with two of three divisional opponents paying them a visit. The other two teams invading SoFi are the Jaguars and Seahawks, two teams expected to bring up the rear of their respective divisions. The Week 5 visit to Cleveland could see Jacoby Brissett under center for the Browns, and then there’s that visit to NRG to battle the 4.5-win Texans the week before. I got them favored to win all but one of those contests, with the lone outlier being the Week 2 trek to Kansas City that’ll play out under the Thursday Night Lights. Find a way to defeat Patrick Mahomes and a Chiefs team likely still finding its way offensively early on, and you can bet your bottom dollar the Chargers odds of winning Super Bowl LVII won’t clock in at 16-1, which is exactly what FanDuel is offering up right now – buy some shares!

The back half of the schedule leaves some cause for concern, with six of the 10 scheduled games set to be played on the road. At the Falcons out of the bye doesn’t concern me, but that visit to the 49ers the week after followed by the rematch with the Chiefs on a short week certainly does. It doesn’t get easier from there either with @Cardinals, @Raiders, Dolphins, Titans, @Colts, Rams, and @Broncos to close it out.

Even so, I believe in the talent of this team that just might end up being the best in the league. Raise your hands if you can’t wait to see if Khalil Mack has anything left in the tank to wreak havoc upon opposing quarterbacks along with Joey Bosa. And how about that secondary spearheaded by SS Derwin James that inked Patriots stud, CB J.C. Jackson, to play alongside the up-and-coming Asante Samuel Jr.? Then they brought Bryce Callahan in to play in nickel packages! The secondary ranked No. 12 versus the pass and now has the talent at hand to be the best at shutting down opposing passing attacks. So long as the moves made to shore up one of the league’s worst run D’s (No. 30) pays off, this stop unit has the wherewithal to be special in a division that could boast four top-10 attacks.

The improved defense paired with a likely top-five attack should go a long way in helping pave the way for a special season that could see the powdered blues in the big game come February!