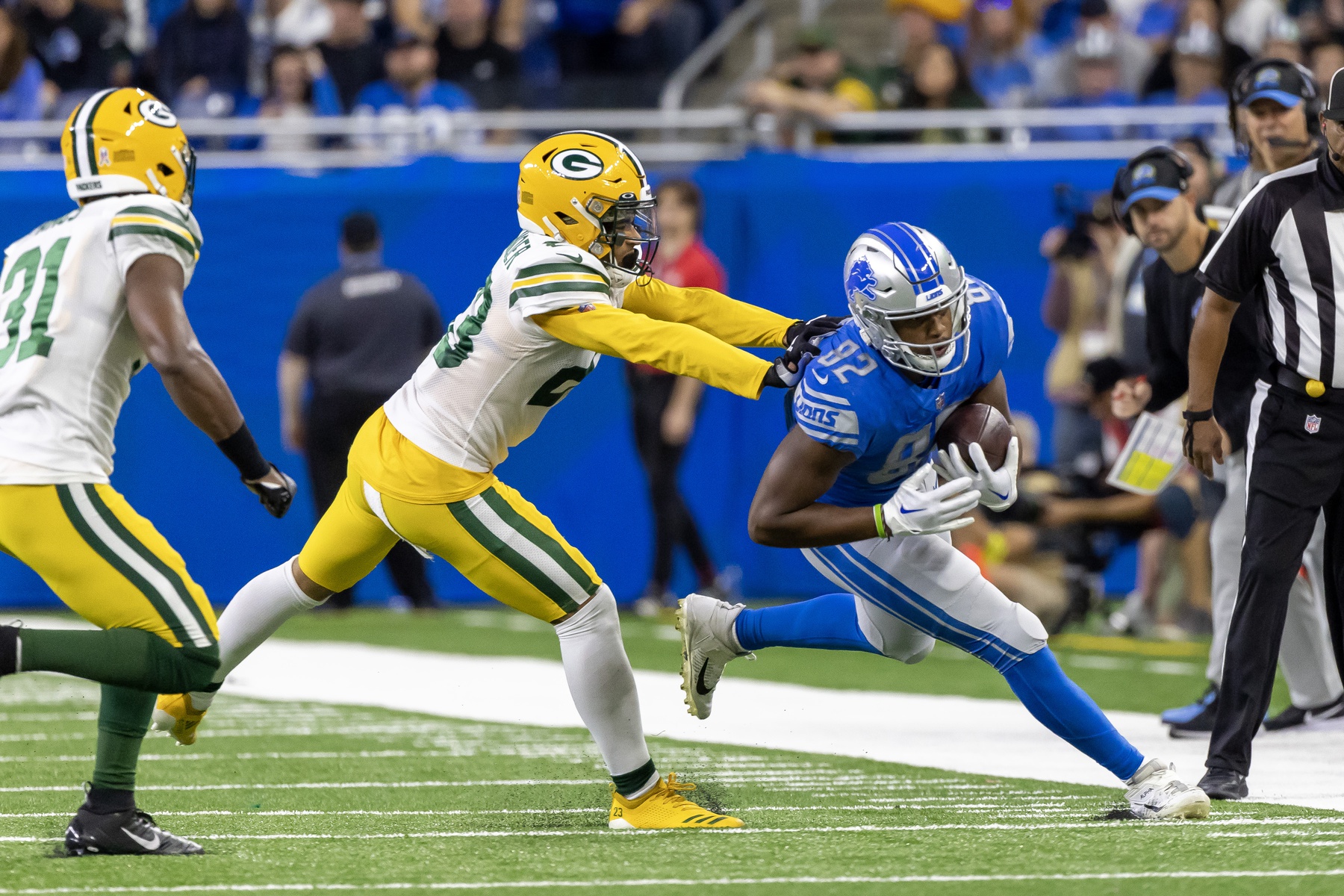 concluder. NFL bettors will know whether Sunday Night Football’s showcase game between the Detroit Lions and Green Bay Packers means anything with the Seattle Seahawks matchup against the Los Angeles Rams already in the books. If Pete Carroll’s squad comes out victorious, this game means absolutely nothing. If they don’t, then oh baby we’ll be in store for a good one with the NFC North rivals fighting to the death in order to snag the seventh and final NFC bid. Should that be the case, you’re going to want to have a Detroit Lions ticket in your back pocket at the current offering with the number to beat likely to move closer to a field goal come kick-off. Personally I don’t think we’ll need any points with the Lions as I got them pegged to win this game outright!

BetRivers Sportsbook initially lined the Green Bay Packers 3.5-point favorites with the total set at 47 for this potentially enormous divisional tilt with the Lions. With the Packers in the midst of a four-game win streak and seeking same season revenge against Detroit, the betting market has gravitated towards the home team ultimately forcing linemakers to fatten up the impost. The Cheeseheads are now 4.5-point favorites by way of taking in 55 percent of the bets and 53 percent of the money. The Packers have gone off the board favored to win seven of their eight played home games and stand 4-3 SU and 3-4 ATS in those contests. Detroit’s won three of seven away from Ford Field and covered four of those games against the closing odds.

Green Bay’s come out on top seven of the last ten times it hosted this rivalry (6-4 ATS) with the O/U split right down the middle. Each of the last two played to high scorers and total bettors expect the streak to continue with 80 percent of the money wagered on the total expecting points to come in bunches. The number to beat has jumped to 49 due to the heavy support coming in favor of the over.

What a rollercoaster season it’s been for the Lions! Dan Campbell’s men managed just one win through their first seven games, but then went on to rattle off seven wins in their last nine to claw back to .500. Jared Goff has rejuvenated his career in the Motor City. Believe it or not, but the former No. 1 draft pick ranks No. 6 in EPA per play behind the likes of Brady, Burrow, Allen, Hurts, and Mahomes. He’s excelled due to the fantastic weapons surrounding him as well as the uber talented offensive line keeping him upright. Only Tampa Bay has allowed fewer sacks than Penei Sewell and co. which bodes well in this matchup considering Green Bay sports the fourth highest pressure rate in the league. The Pack does however sport a bottom tiered run defense and will be forced to deal with the 1-2 punch of a now healthy D’Andre Swift and Jamaal Williams.

I can’t even begin to describe how big a fraud this Green Bay Packers team is! Coming off that Sunday night loss to the Philadelphia Eagles, the Green and Gold were owners of a 4-8 SU record. Then they got the benefit of running up against the Bears and Rams in back-to-back weeks before taking advantage of a concussion to Tua Tagovailoa to log that comeback win in Miami. Then it got the paper tiger Minnesota Vikings at home and took it to them by way of the special teams and defense putting 14 points on the board in the first quarter. While Detroit owns one of the worst pass defenses in the league (No. 30) and Aaron Rodgers got to that unit for a season-high 291 yards in the first meeting, I’ll be fading No. 12 in the player prop market and dare him to show out against what’s destined to be a highly motivated Lions squad out to log a winning record - if nothing else - for the first time since 2017.

Take the points, tease the Lions and also throw a beer money investment on the moneyline! Green Bay’s been able to successfully run the football and shut it down on the other side of the ball over the course of the current win streak. While Detroit ranks No. 27 in rush DVOA and allows nearly 150 yards per game for the season, that hasn’t been the case throughout its respective turnaround. Since allowing Justin Fields to go HAM in Week 10, Detroit ranks No. 3 at stopping the run over the last seven weeks. On top of that, Aaron Jones is playing injured and A.J. Dillon isn’t an RB1. Green Bay ranks No. 26 defending the run but ranks No. 3 over the last three weeks. However, it ran up against the Rams, Dolphins, and Vikings who all rank No. 27 or worse rushing the pigskin. Detroit ranks No. 11 in averaging 130 yards per game! Look for the Lions to take the air out of the ball and dominate time of possession in a low scorer en route to sweeping the season rivalry from the Packers for the first time since 2018.