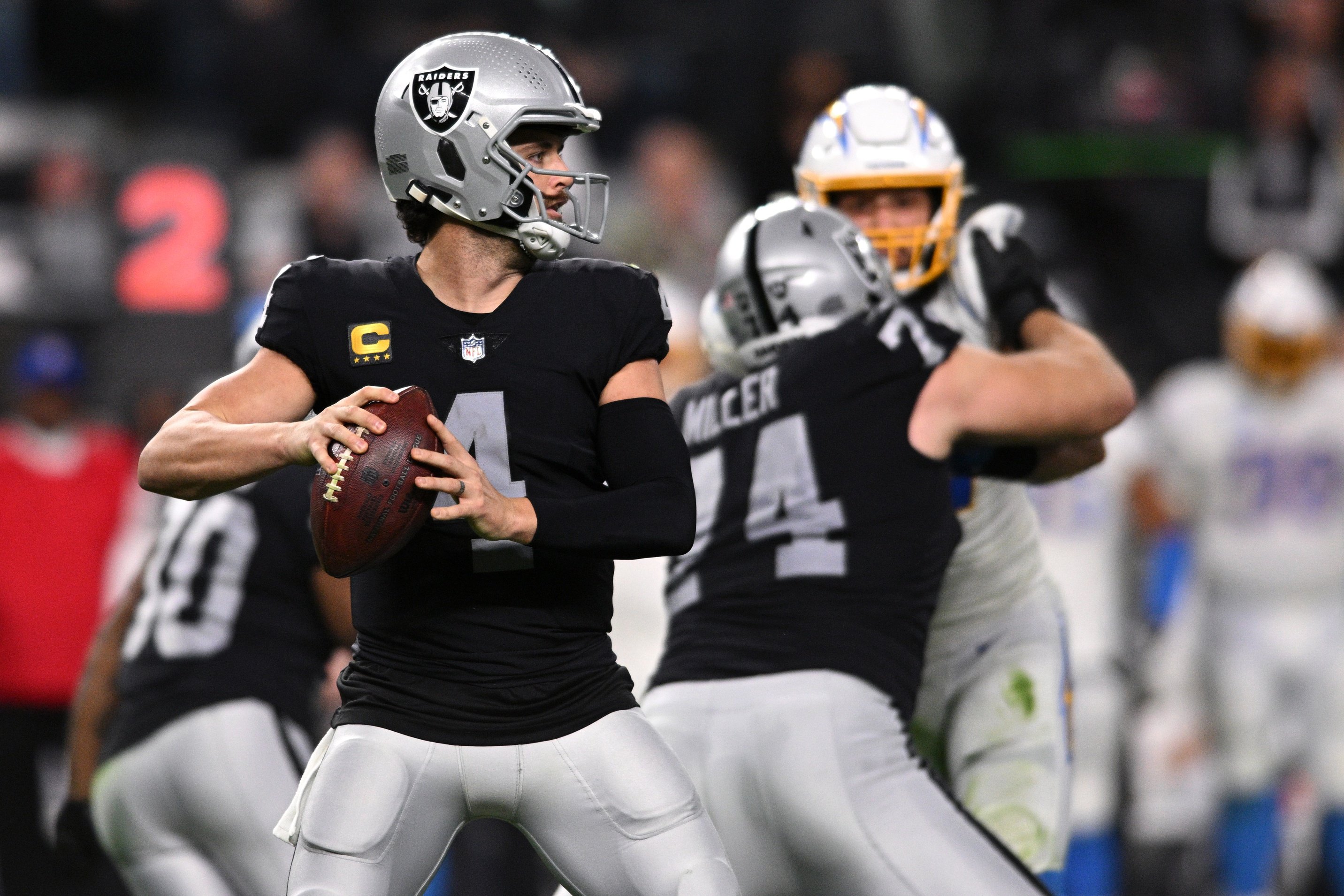 Though the Las Vegas Raiders finished second in the AFC West each of the last two seasons, SugarHouse Sportsbook - along with all other US-regulated outlets - expect the Silver and Black to bring up the rear of what’s expected to be one of the more exciting divisions in all of professional football. Its 8.5-game season wins total is a full game lower than both Denver and Los Angeles and two full games lower than reigning champ Kansas City; even with the additions of WR Davante Adams and LB Chandler Jones!

While their presence will undoubtedly bolster what’s already an impressive-looking roster on both sides of the ball, the schedule is one of the toughest in the league and the division is stacked. On top of all that, Vegas was the beneficiary of some extreme luck a season ago, evidenced by going 7-2 SU in one-score games. Lest we forget, the squad was looking at a losing overall record up until it rattled off four straight wins to close the season with the last over the Chargers snapping a four-year playoff drought. The team still finished with a -65 point differential!

It’s also breaking in entirely new coaching staff, with Josh McDaniels getting another crack after failing miserably in Denver over a decade ago. Bottom line, upper management did Rich Bisaccia dirty! Something about that decision just rubbed me the wrong way, and I believe it’ll be one of the reasons why this team struggles to repeat last year’s success with every other division rival a notch or two above.

The Raiders opposed what was believed to be the fourth toughest schedule heading into last season. Another tough one lies ahead in 2022-23, with Sharp Football Analysis identifying their cast of opponents as the third toughest overall in back of the Rams and Chiefs. I’ve seen other outlets predict it to be as tough as seventh. Pass protection and defending the pass were major problem areas a season ago. While Maxx Crosby and the pass rush will likely flourish even more with the addition of Jones, I ultimately don’t foresee it being enough for the Raiders to match or better last year’s absurd output in close games. After playing to the under in 10 of 18 played games, look for Las Vegas to partake in a plethora of barnburners this time around.

Derek Carr threw for a career-high 4,804 yards and 23 touchdowns last season without a wide receiver to call his No. 1. That’s no longer the case with Adams now in tow. The former teammates have the added built-in advantage of playing with each other before, so they should be able to thrive seamlessly right from the outset. That spells good things for an offense that boasted the league’s No. 6 ranked passing attack that averaged nearly 270 yards per game. It doesn’t get much better than the trio of Adams, Hunter Renfrow, and Darren Waller!

being said, I have grave concerns about the offensive line. It ranked 27th overall in pass blocking efficiency and returns all five hogs from that unit. That includes Alex Leatherwood, who hardly showed flashes as to why former GM Mike Mayock selected him in the first round. Let’s see if a move to his natural position of tackle changes things. If it does, and the line also gets beneficial production from rookie Dylan Parham who was selected in the third round of the NFL Draft, this offense could really cook! If not, it’ll have no shot of competing for division bragging rights. Either way, PFF has the offensive line ranked No. 29 overall.

The schedule is no joke! Just look at the first five games before the bye in Week 6. It all kicks off with @Chargers in a huge revenge bout for the Bolts and is followed by Cardinals, @Titans, Broncos, and @Chiefs on Monday Night Football. This isn’t an opening schedule a new staff looking to implement new schemes should be forced to take on, but alas that’s exactly the case. While the Texans, Jaguars, and Seahawks are on the back-half of the schedule, the other nine games won’t be a walk in the park. It really takes a turn for the worse in Week 10 starting with a home bout against revenge minded Indianapolis whom Vegas shockingly beat outright as 8.5-point road dogs in Week 17; ultimately opening the door for the Colts to miss the postseason.

Indy’s just one of six teams the Raiders close the year out that’s currently favored at SugarHouse to qualify for the postseason. Now don’t get me wrong; Vegas is a solid squad and looks to be on the up and up. It could improve upon last year’s statistical outputs and still come up short from going back to the playoffs. That’s how good the division looks to be on paper. Still, I need to see McDaniels flourish before buying in, and I also think Mahomes, Herbert, and Wilson have field days against this defense. As great the NFL is when the Raiders are competitive, I expect Vegas to take a step back in 2022-23.