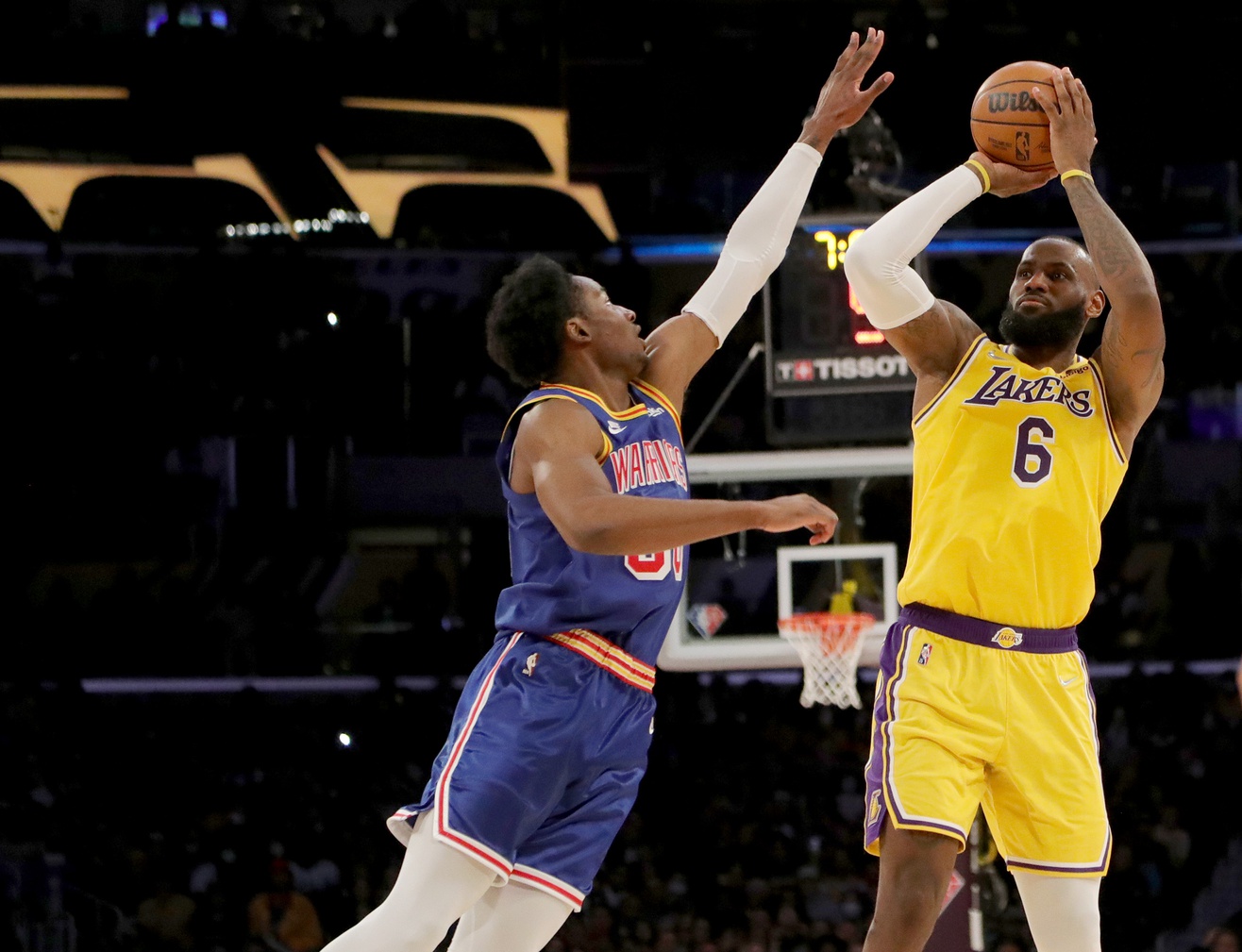 The Los Angeles Lakers visit the Golden State Warriors on Tuesday night in the late game on TNT. The NBA regular season begins on Tuesday with just two games, as the 76ers visit the Celtics in the early game, while the Warriors will raise their championship banner in the late game. The Warriors are loaded once again this season and one of the top contenders to win the NBA title, while the Lakers have plenty of star power of their own with LeBron James and Anthony Davis. This series has been controlled by the Warriors of late, as they have won three of the last four meetings and the games have all been high scoring with each game easily going over the total. Let’s look at Tuesday’s game and NBA picks.

This is an interesting situation, as the Lakers have the drama of finding out what to do with Russell Westbrook, whether to start him or have him come off the bench, while the Warriors have the Draymond Green saga to deal with. The Lakers probably can’t play Patrick Beverly and Westbrook at the same time so that means Westbrook is almost assuredly going to be coming off the bench. New head coach Darvin Ham has his work cut out for him to keep everyone on the same page. The Lakers still have LeBron James, but he is 37 years old and not going to play the minutes he used to play. The Lakers also have Anthony Davis and he is still a top player.

The Warriors have to deal with the Draymond Green saga. He punched teammate Jordan Poole in the face and Green actually left the team for a bit. He is back now, but all is not well with the Warriors and Green. It will be interesting to see how this all plays out. What is not in doubt is that the Warriors still have a very talented team led by Stephen Curry, Klay Thompson and Green.

The line on this game is not a surprise, as the Warriors are favored and the total is high. The Lakers have won six of the last ten in this series, but Golden State has won three of the last four. All four of those games went over the total and it was never close, as all four games cleared 232 points. Oddsmakers are making this total about as high as they dare, as only once in the last 10 games have they made a total this high. It may not matter, as bettors love to take the over. Golden State has won six of the last ten at home in this series, with five games going under, four going over, with one push.

We know the public is going to bet the over, but what are they going to do on the side? The Lakers and Warriors are both public teams. I am tempted to take the points with Los Angeles, especially with the Green saga hanging over the Warriors. I lean toward Los Angeles, but I think the better play is the total. I know that recent games have been going over between the teams, but this is the first game of the season and the total is extremely high. We could see a 117-110 game and it still goes under. It is also worth noting that the games at Golden State have been a little more likely to go under the total than those in Los ANgeles. I’ll go against the public and take the game to go under the total.