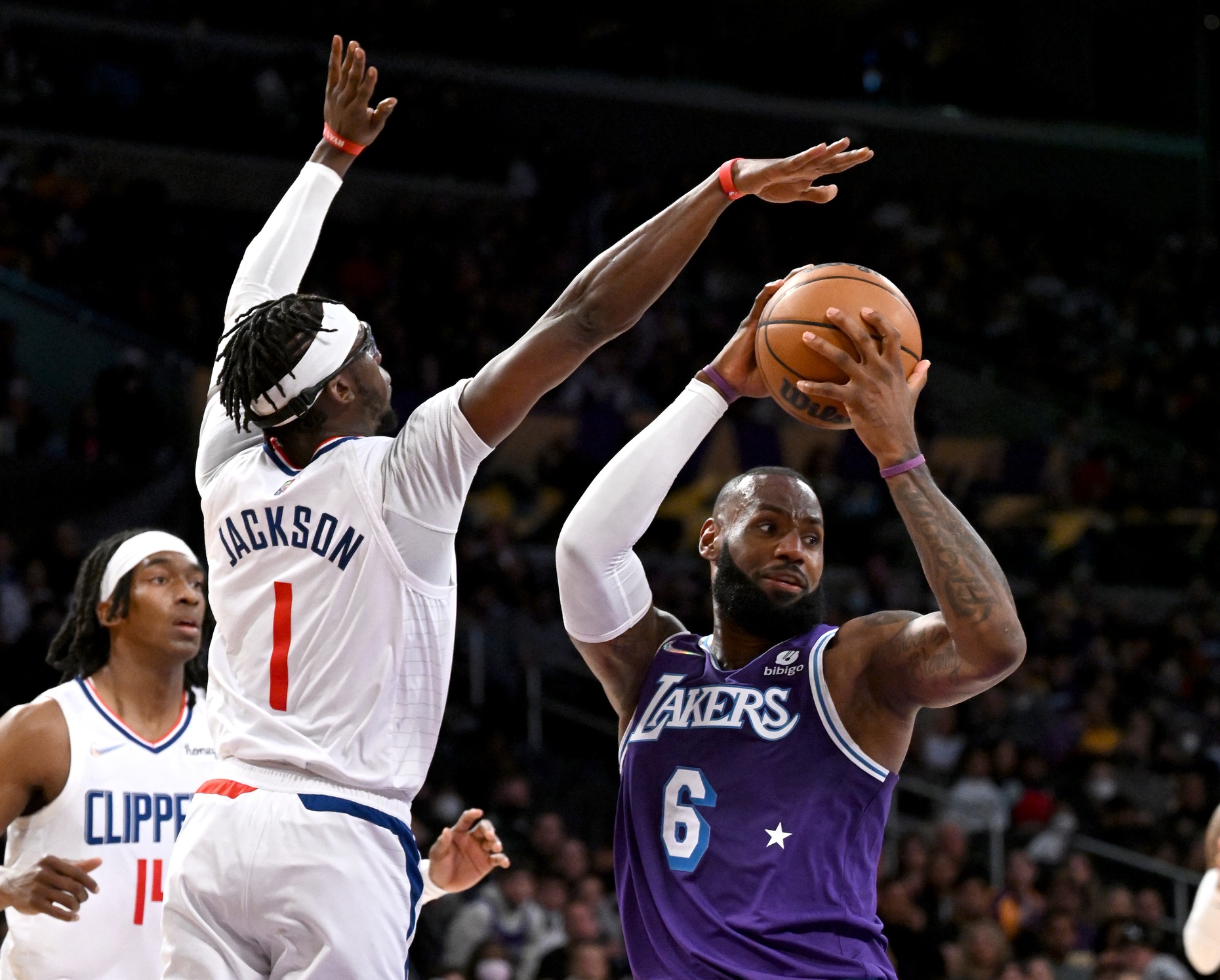 The Battle of L.A. between the Los Angeles Lakers and Los Angeles Clippers this season is turning into a battle for survival in the Western Conference. Before the season began both teams were thought of as NBA title contenders but now neither team is much of a threat. The Lakers don’t even have a winning record and they are staring down a probable first round playoff exit to either Phoenix or Golden State if they survive the play-in round. The Clippers are not in much better shape, as they are in 6th place in the Western Conference standings. These teams met last Friday with the Clippers pulling out a 105-102 win. Let’s look at this matchup between the Lakers and Clippers on Thursday and NBA picks.

The Lakers are listed at odds of 40-1 at SugarHouse Sportsbook to win the NBA title while the Clippers are 100-1. Neither team is thought of as a threat but at least the Lakers still have some superstar players including LeBron James, Anthony Davis and Russell Westbrook. The problem for the Lakers is that the three haven’t played that well together and rarely have all three been healthy at the same time. The Clippers are without Kawhi Leonard who is out for the season due to injury and they are no threat to win the title without him.

LeBron James leads the team in scoring at almost 29 points per game, but the team is currently without Anthony Davis who is not expected to return until late March. Russell Westbrook leads the team in assists at 7.4 per game, while Davis averages 9.7 rebounds per contest.

The Clippers are almost the exact opposite of the Lakers, as they struggle to score but they play good defense. The Clippers average just 106.8 points per game which is 23rd in the league but they give up just 107.6 per contest and that is 11th in the NBA.

These teams met last Friday and the Clippers pulled out a 105-102 win as the road team. The Clippers got 19 points and 10 rebounds from Terance Mann and Amir Coffey scored 12 of his 14 points in the fourth quarter. It was the sixth straight win for the Clippers in the series. James had 21 points and 11 rebounds in the loss.

The Lakers have a bunch of one-on-one players who don’t play together as a team, while the Clippers are just the opposite, as they work really well together. What the Lakers do have is huge egos and since this is the last meeting of the season between the Lakers and Clippers you can bet James and crew will want to end this series losing streak. It also doesn’t hurt that the game is on TNT so you have to think the Lakers will want to put on a good show. I’ll take the Lakers to get the “road” win on Thursday night.