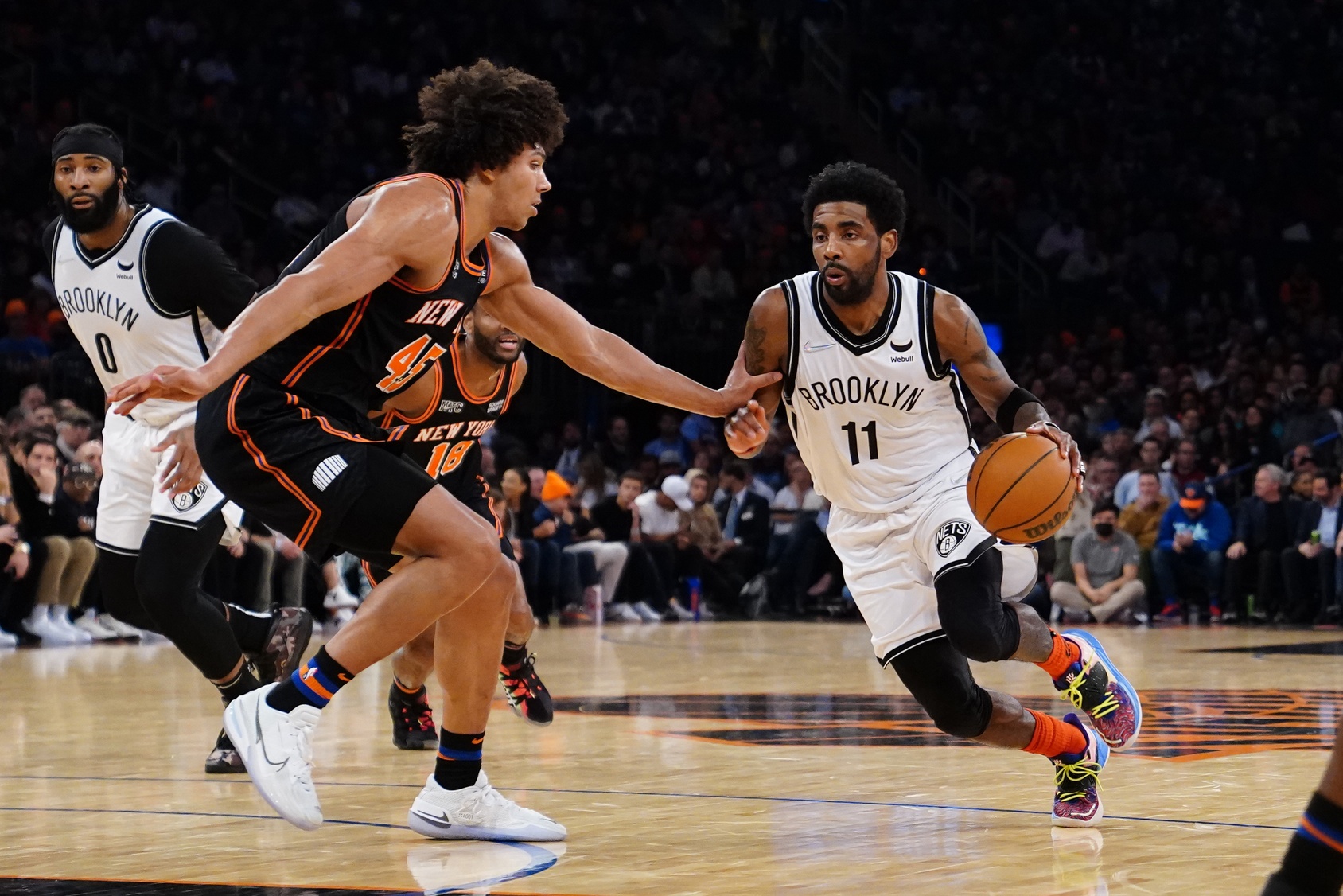 The New York Knicks visit the Brooklyn Nets on Wednesday night in a game that can be seen on ESPN. Both teams are hovering around the .500 mark and each team has been very inconsistent to start the season. The Knicks have not been a good road team so far this season and if that doesn’t change, they will be in serious early trouble because next week they begin a brutal five-game trip out West where they will be lucky to win a single game. On the other side, the Nets are a typical underachiever, as they have Kevin Durant, yet they don’t have a winning record. They also have Kyrie Irving but he won’t be eligible to play until next week because of suspension. Let’s look at Knicks vs. Nets NBA picks.

The Nets have not had any favors from the schedule maker so far this season and it doesn’t get any better. They are coming off a three-game road trip and now they come home for one game and then go back out on the road for a four-game trip out West. This is a rotten spot for the Nets who have to worry about things at home with virtually no time to do anything before going right back out on the road. The Nets are without Kyrie Irving and his loss is huge. The Nets are averaging just over 112 points per game which is 18th in the league. They are giving up 113 points per contest and three-point defense has been a huge problem, as they are 28th in the league. Durant leads the team in scoring at 31.5 per game, while Ben Simmons leads the team in assists at 7.3 per game and Nic Claxton leads the team in rebounding at almost 9 per game.

I don’t think either the Knicks or the Nets is that good a team, but there is no question that right now the Nets are a team to go against because they don’t have Irving in the lineup. And did you notice the ATS numbers in this series? The Nets win most of the time in this series against the Knicks but they have all kinds of trouble against the spread. This is a good spot for the Knicks in terms of scheduling and a bad spot for the Nets. I’ll take the Knicks plus the points in a game they can win outright.