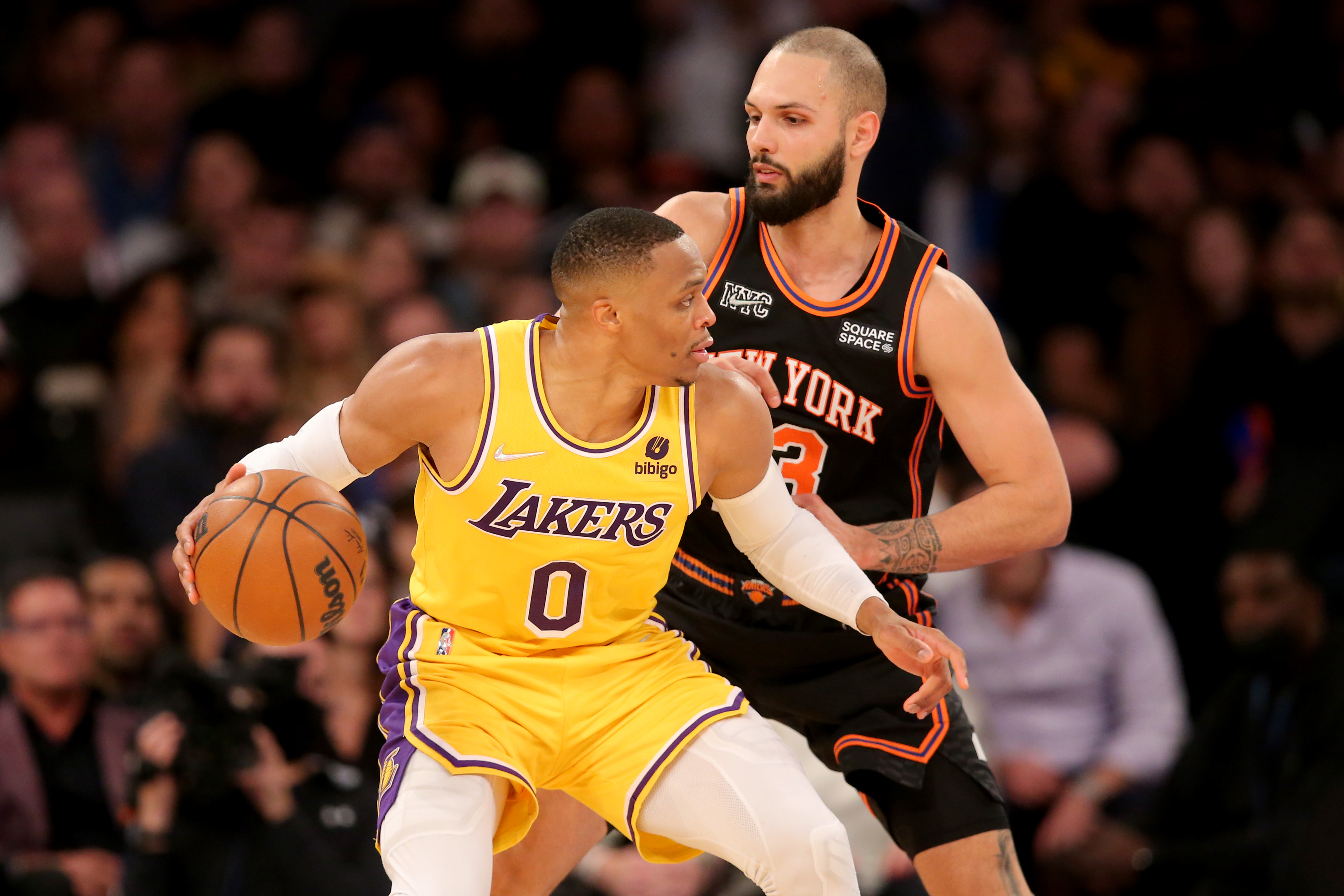 The Knicks travel to the West Coast this weekend on a trip to sunny Los Angeles. A struggling New York squad will face off against the Lakers this Saturday as both teams try to battle back to .500 on the season.

New York enters the matchup at 24-28, having lost seven of their last 10 contests. They’ve had a hard time putting the ball in the basket, ranking 27th in the NBA in scoring this year. They do, however, boast a top five defense in terms of points allowed per game.

Los Angeles, on the other hand, is failing to stop opponents on defense. The Lakers rank 27th in the league in points allowed and come into the matchup at just 25-27. LeBron and Co. are just 4-8 over their last 12 games.

Which of these subpar teams can elevate their game to land a win? It will truly be a matchup of strength on strength pitting the Laker offense against a stingy Knicks defense.

While both teams are below .500 to this point, each still finds itself in playoff contention. The Lakers currently sit at No. 9 in the Western Conference standings while New York is 12th in the Eastern Conference race.

Check out BetMaker’s preview and prediction for the upcoming matchup before placing your NBA wagers.

The Lakers host the Knicks at crypto.com Arena, where the boast a 16-12 record on the year. New York holds an 11-13 mark on the road and will have the tall task of travelling cross country on two days rest.

Neither of these teams has been particularly successful on the court of late. Both are under .500 over their last 10 matchups, sinking further and further down the NBA standings. A win on Saturday would go a long way in righting the ship for a playoff run. Both are currently on the outside looking in, but still very much in postseason contention.

Los Angeles is a team that typically finds itself in track meets. They score at an impressive rate of 111 points a night, backed by veterans LeBron James, Russell Westbrook, and Anthony Davis. Their defense, however, leaves something to be desired.

The Lakers allow 112 points a night to their opponents, which ranks near the bottom of the NBA.

On the flip side, the Knicks tend to slow things down. Their 27th-ranked offense scores just 104 points a night, but the defense boasts a No. 5 rating in terms of points allowed. The key for New York will be slowing the pace of the game and keeping the ball out of the hands of those Los Angeles scorers.

Neither of these teams have played particularly well of late, and that’s been reflected by their success against the NBA betting odds.

At home, the Lakers are just 11-17 covering NBA betting lines but they have posted a 5-3 mark in their last eight games at crypto.com Arena.

On the road, New York is 12-12 against the spread, but just 2-5 over their last seven road matchups.

The Knicks won the only previous matchup this year, pulling out a 106-100 win in New York. While the two teams have split each of the last six meetings, the Knicks hold an impressive 5-1 mark against the spread in head-to-head contests.

Four of those last six meetings have also fallen under the point total, which could be another trend to watch for Saturday night. About 55% of New York’s games this year have gone under, while the reverse is true for Los Angeles (29-23 over-under).

We’d expect this one to stay lower than the experts think. Their last meeting in November fell well below the 214-point total, ending with a 106-100 New York victory.

This one should stay close throughout, which has been a trend in this series. Ten of the last 15 meetings have been decided by less than 10 points. With that being said, we’ll back New York as a slight favorite to land a win and complete the season sweep.