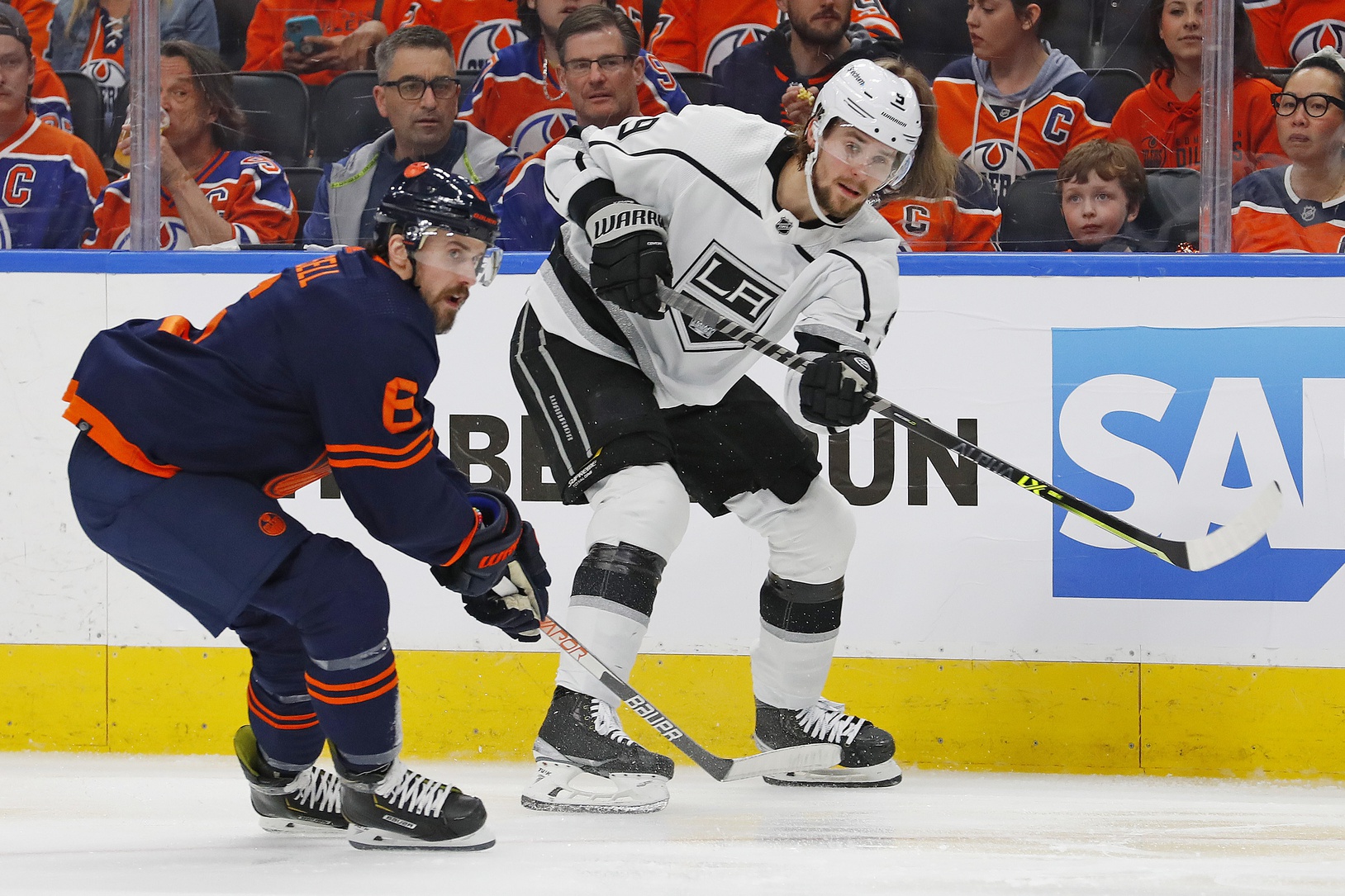 The Los Angeles Kings visit the Edmonton Oilers on Wednesday night in a game that can be seen on TNT. Both teams come into this game over .500 and competing for second place in the Pacific Division. The Kings are playing the second game of a four-game road trip, as they were in Calgary on Monday night. The Oilers have been off since winning 4-2 at Florida on Saturday. The Oilers have won 7 of the last 10 in this series against the Kings. The Oilers won against the Kings in last year’s Stanley Cup Playoffs, taking Game 7 by a score of 2-0 at home. The teams have not met since that game.   Let’s look at Kings vs. Oilers NHL picks.

The Kings are off to a solid start this season and proving that last season was not a fluke. They were 10-6-1 in their first 17 games. They were 4-3-1 in their first eight road games. The Kings are averaging 3.2 goals per game which is 13th in the league. They have struggled a bit on the power play, as they are just 24th in the league at just over 17%. They are giving up 3.4 goals per game which is 22nd in the league. They are just 19th in the league in penalty killing at 77%. Kevin Fiala has been leading the team in points. Goaltender Jonathan Quick leads the team in wins and goals against average.

We noted earlier that the Oilers had done well against the Kings in recent meetings, taking 7 of the last 10, but it should be noted their playoff series last season was very close, with Edmonton winning the series 4-3. The Oilers have also taken 7 of the last 10 at home in this series. Five of those games went over the total, four went under, with one push.

We got a really good win last week in a strong play when the Penguins beat the Capitals on TNT. This game on Wednesday is much tougher to call. The Kings have played well for much of this season, while the Oilers have been up and down. There is no question that Edmonton has more firepower, but the Oilers have had their issues in goal with Campbell not playing well. It is a little surprising that Campbell has struggled so much, but that has been the case and the Oilers may have to look at getting another goaltender before the trading deadline. On the other side, the Kings have been scoring a lot more goals than expected this season, and they have some very good young talent. The Kings are still getting quality play from Quick in goal, but how long can that last? Peterson may end up being the better goaltender for the Kings this season, but right now Quick is holding onto the starting job. This game on Wednesday night should be competitive and based on how each team is going right now, high scoring. I’ll go over the total with the Kings and Oilers.