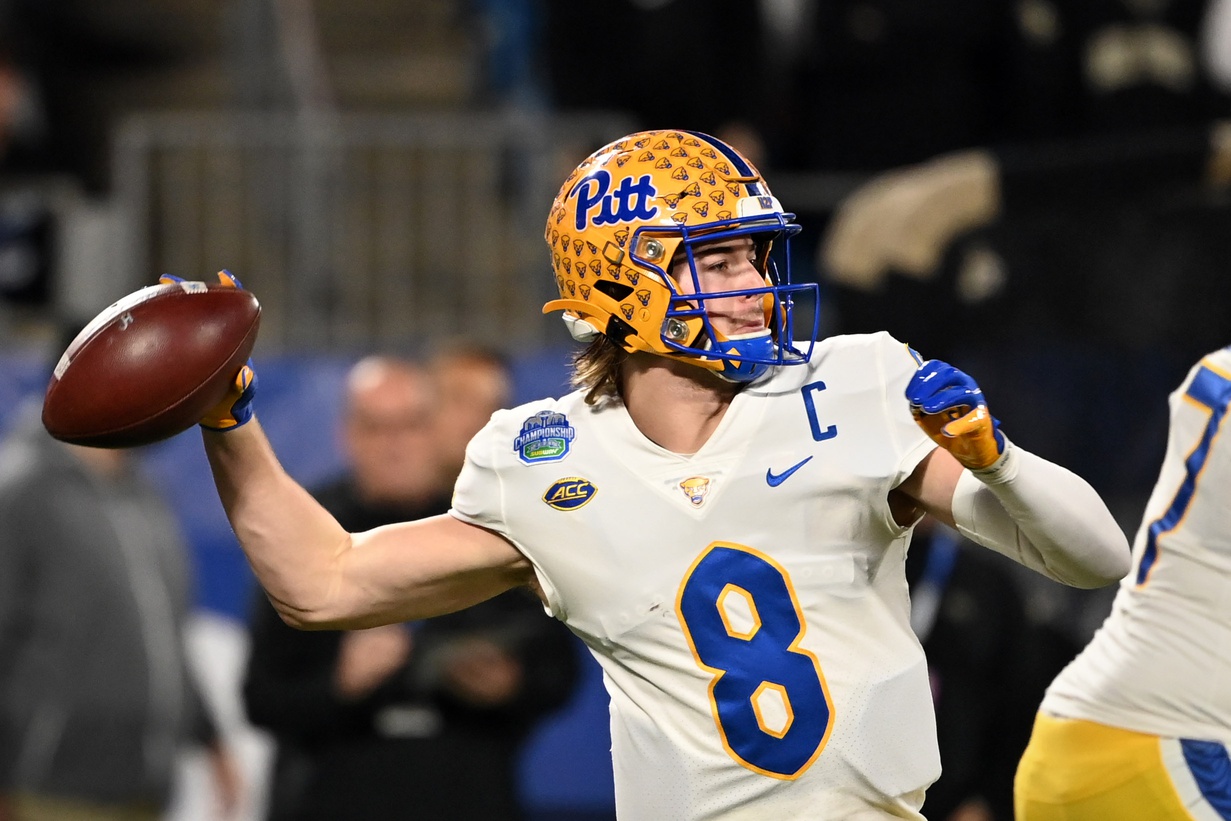 I’ve made it no secret that I don’t believe any of the quarterbacks in this year’s NFL Draft are worthy of being selected with a pick in the first half of the first round. So much so that I’ve already slammed the under of total QB’s drafted in the first round at 3.5, as well as 2.5 at a more enticing +205 plus-money return. The first round should best be utilized to stock up on trench building blocks on both sides of the ball for the next decade. Seriously, the amount of talent being offered up on the offensive line, and all three phases of the defense are simply absurd this draft year! So what does that mean for Pitt standout QB Kenny Pickett when it comes to draft day? Well, he currently owns a 10.5 draft position over at SugarHouse Sportsbook with heavy juice supplanted to the over of that impost. On top of that, he’s not even favored to be the first QB taken off the board; Malik Willis currently owns that distinction (-190). I don’t foresee anyone taking a stab on him early on. That isn’t to say a team won’t, so let’s delve into his draft specials and see if we can’t cook up a scenario and make some greenbacks off it.

Having already sat down with the Saints and head coach Dennis Allen twice – first at the NFL scouting combine and then again at the Senior Bowl – the bayou looks to be a solid landing spot for one of last year’s best collegiate field generals. With 49 career starts under his belt while navigating the Panthers offense, Pickett looks to be the most NFL-ready quarterback of this year’s crop. Should the Jameis Winston experiment go down in flames due to lack of production or injury like in 2021, New Orleans would likely feel pretty confident in their rookie backup should the need for his services become paramount. With two picks in the first round (16/19) and without a selection until No. 49 of Round 2 , I’d be very surprised if one of them wasn’t utilized to potentially lock down the QB1 of the franchise’s future. I think they could trade down and still pick him up! Whether its No. 16 or No. 19 remains to be seen. Either way, New Orleans is my preferred landing spot for Pickett should the Saints look to solidify the position regardless of the many scoffing at the size of his hands. Remember guys and gals, size doesn’t matter ;)

So will the Detroit Lions do Detroit Lions things, or will they go the smart route and snag a difference maker along the defensive line to dramatically improve its laughable pass rush? Dan Campbell has already gone on record and stated that he will change his offense to fit the skills of the best player he can get at the position. Lucky for him, he wouldn’t need to change it much with Pickett likely a more impactful product than Jared Goff. He can actually get the ball down the field as opposed to possessing the lowest average depth of target in the league. Detroit has some really nice offensive pieces to its puzzle. The O-Line is currently spearheaded by last year’s No. 1 pick Penei Sewell. The backfield is anchored by D’Andre Swift and Jamaal Williams. In terms of pass catchers, the Lions have some electric ones in TJ Hockenson and Amon-Ra St. Brown. Believe it or not, but the ingredients are all there for the Lions to march one of the NFL’s most potent offensive attacks onto the gridiron every passing week. The only thing missing is a credible QB1 that can actually push the ball down the field and not resort to dinking and dunking to churn out a usable TD/INT ratio (19/8). Would I laugh out loud if the Lions actually used the second pick to select Pickett? Yes! Would I give a nod of support should they trade up from pick No. 32 to attain his services? You betcha!