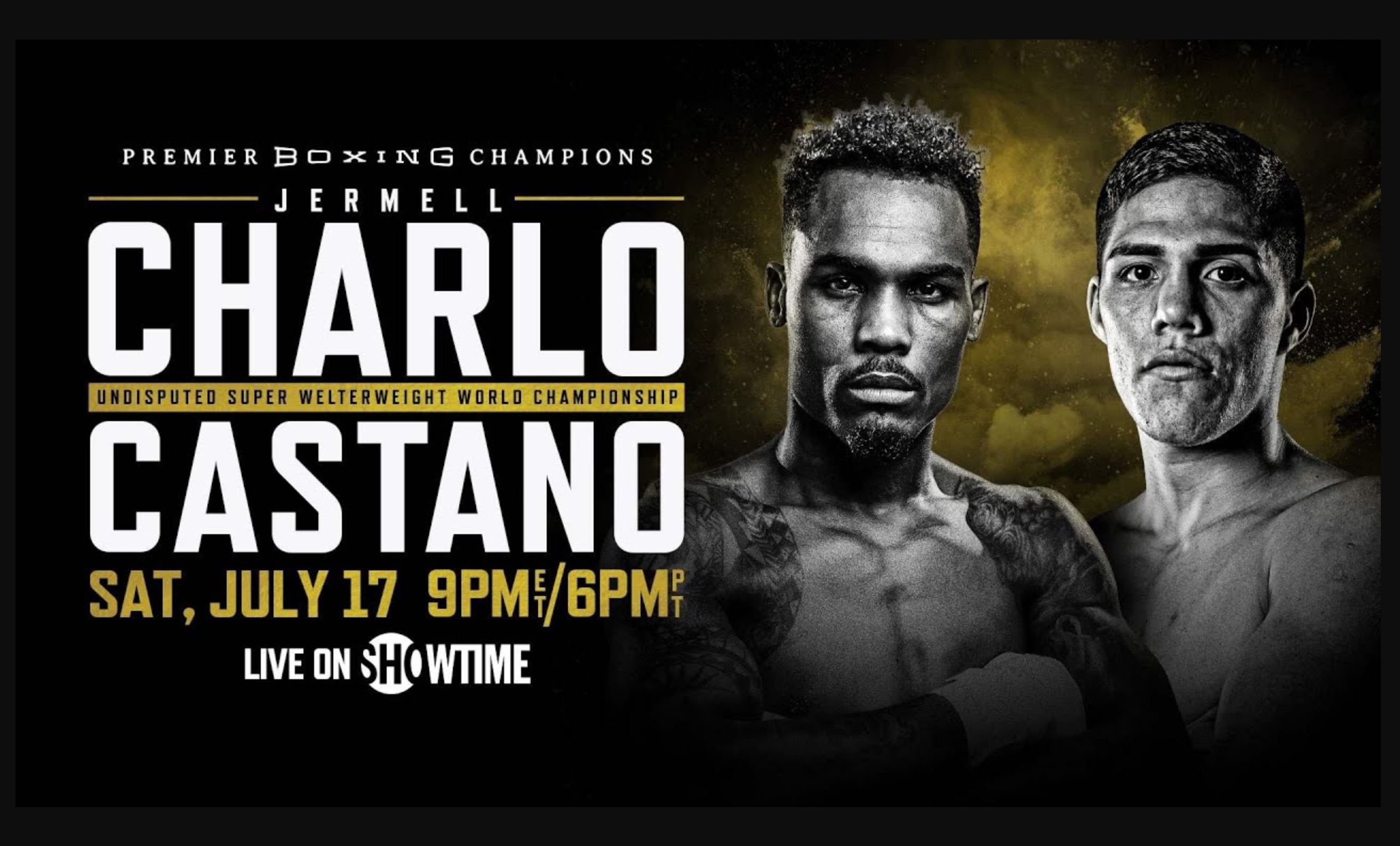 Jermell Charlo and Brian Castano will square off in the headline fight of a ShowTime card that will take place on Saturday, May 14, 2022, from Dignity Health Sports Park in Carson, California. The card will start at 9 p.m. ET, while the ring walks for the main event are slated to occur at approximately 11 p.m. ET.

There’s a reason that Jermell Charlo is a sizeable favorite by the boxing betting odds coming into this fight. Charlo is more seasoned and more polished as a fighter, and that has fueled the Vegas odds on fight to move in his direction. Charlo opened as a -170 favorite against Castano, and the fight betting public have pushed his odds even higher.

Jermell Charlo turned pro in December 2007, and he was identified as a strong, young fighter on the undercard of a Bernard Hopkins bout. Charlo won his first 19 fights before getting to fight for two minor titles in 2013. He knocked out Harry Joe Yorgey in the eighth round to win the WBC Continental Americas light middleweight title, and he scored a unanimous decision win over Demetrius Hopkins in his next bout to claim the IBF-USBA light middleweight belt.

Those victories didn’t lead to Charlo being given a title shot immediately though, as he still had to climb the ladder for another three years before finally facing John Jackson for the WBO light middleweight title in May 2016. Charlo controlled that fight and won by TKO in the eighth round to claim his first major belt. He successfully defended that title with easy knockout wins over Charles Hatley and Erickson Lubin, but a majority decision win over Austin Trout in his third title defense foreshadowed a loss to Tony Harrison in December 2018.

Charlo defeated Jorge Cota while waiting for his rematch with Harrison, and he avenged his earlier defeat with an 11th round knockout of Harrison to reclaim the title. That set up a unification fight with Jeison Rosario with the WBA, WBC, IBF, and The Ring light middleweight titles up for grabs. Rosario landed more punches than Charlo, but Charlo’s power resulted in three knockdowns and an eventual knockout in the eighth round.

He is now seen as the best light middleweight in the division, and a win here could lead to a move to middleweight for a big payday. Charlo is 5’11 with a 73-inch reach, and that gives him a major edge over the 5’7 ½ Castano who has a 67-inch reach.

Brian Castano is a little older than Charlo, but he doesn’t have nearly the same number of fights under his belt. Castano didn’t turn pro until September 2012, and he won his first eight bouts in his native Argentina before heading to the United States. He showed he was the real deal with a first-round TKO of Todd Manuel, and he proceeded to win the interim WBA light middleweight belt over Emmanuel de Jesus in November 2016.

Castano narrowly won a split decision over Michel Soro in his first title defense, but he was dominant in a 12th round TKO of Cedric Vitu in his next fight after having the interim tag taken off the title. However, he fought Erislandy Lara to a split decision draw in his next match. Castano was then stripped of his title after refusing a rematch with Vitu, so he beat Wale Omotoso before challenging Patrick Teixeira for the WBO light middleweight belt.

Teixeira was completely outclassed by Castano. He wasn’t knocked out, but he lost a unanimous decision 120-108, 119-109, and 117-111. That set up the first fight with Charlo, and Castano was far more of a challenge than most people expected. Most commentators thought that Castano should have won a narrow decision, but he was forced to settle for the draw.