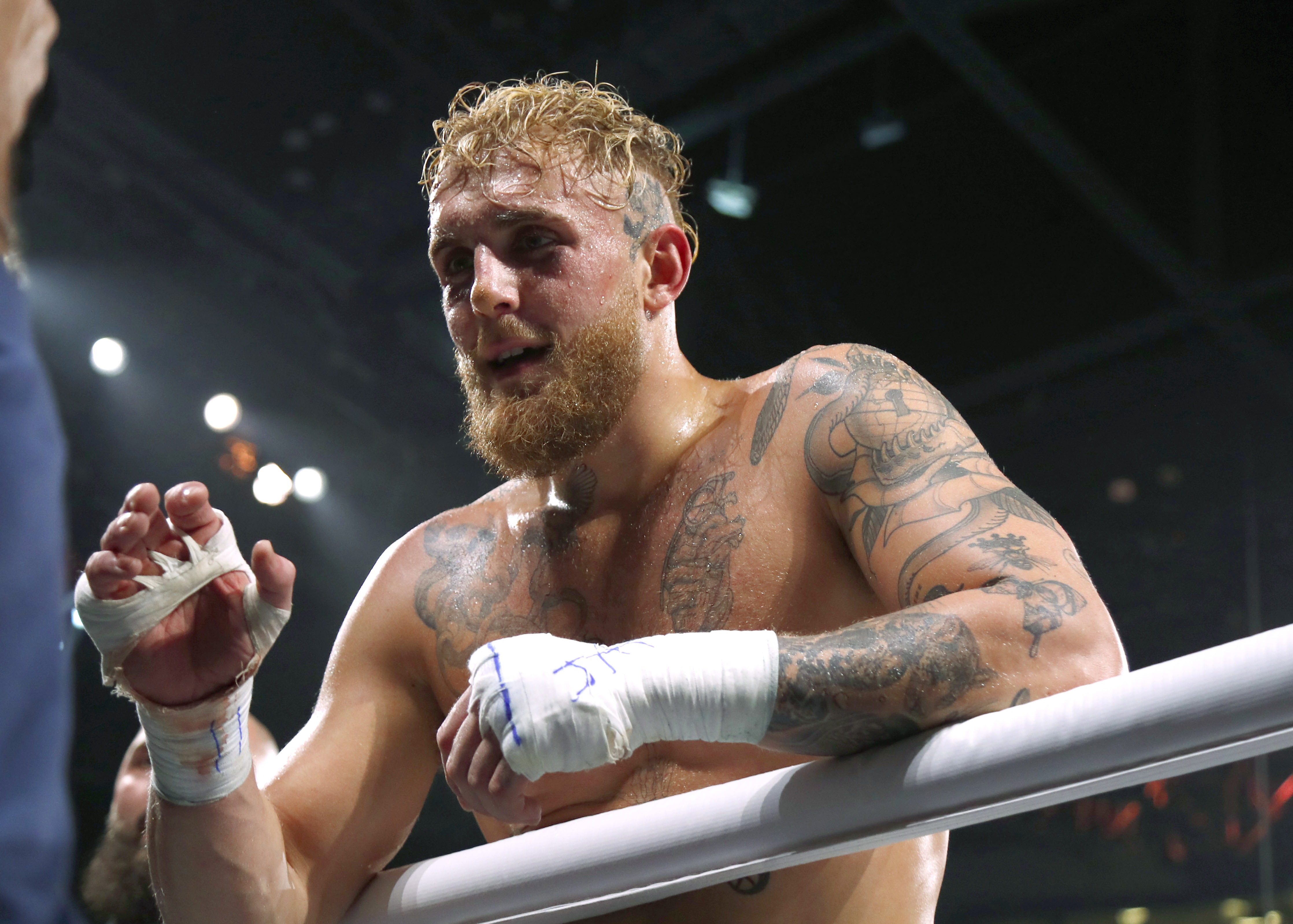 Although he became an internet celebrity after his older brother, Jake Paul has proven himself to be a much better boxer than Logan Paul. The younger Paul has been more impressive in the ring, and that should lead to some hefty paydays in the future thanks to his 5-0 record as a professional fighter. Paul has kept himself in the headlines too because of his heated feud with UFC President Dana White.

As with Logan Paul, Jake Paul came to prominence through Vine and YouTube. Paul was nearly as popular as his brother on Vine, and he started his own rap channel on YouTube in spring 2014. As with many other young celebrities though, his first big break was appearing on the Disney Channel. Paul and superstar singer Olivia Rodrigo worked together on Bizaardvark, but Paul was released from the show after two seasons due to incidents off the set.

Interestingly enough, while Logan Paul was dealing with the fallout from his distasteful antics in Japan’s suicide forest, Jake Paul was attracting controversy too. He posted a YouTube video showcasing himself and his girlfriend in a state of undress with the title “I lost my virginity”, leading to waves of criticism. A couple days later, TMZ released a video that showed Paul using a racial epithet multiple times in one of his freestyle raps. Additionally, he ran afoul of the law with several noise complaints, leading to a public nuisance lawsuit being filed against Paul.

There have been several other controversies regarding Jake Paul over the last couple years. However, he has proven himself to be a real talent in the ring, frustrating viewers that were hoping he would receive some sort of comeuppance for his behavior.

Jake Paul’s first fight was on the same card as his brother. When KSI took on Logan Paul, the younger brothers of both YouTube personalities also squared off in the co-main event. However, whereas the older brothers fought to a draw, it was clear that Jake Paul was much better than Deji Olatunji. Paul scored a fifth-round TKO over Olatunji as his opponent’s corner threw in the towel.

Paul didn’t fight on the undercard of Logan Paul’s next fight, as he instead turned pro on his own against fellow YouTuber AnEsonGib. His opponent was 2-0 as an amateur boxer, and this was the first professional fight for both internet stars. Paul was four inches taller than AnEsonGib and had a 6.5-inch reach advantage, leading to him being a sizeable favorite by the boxing betting odds. He lived up to the oddsmakers’ expectations too with a first-round TKO over AnEsonGib on January 30, 2020.

The next time we saw Jake Paul in the ring was for the undercard of the bout between former legends Mike Tyson and Roy Jones Jr on Thanksgiving weekend in 2020. Paul took on former NBA guard Nate Robinson, and he had no trouble having his way against the 5’9 Robinson. He was a significant favorite by the Vegas fight odds, and Paul knocked down Robinson multiple times before knocking him out cold in the second round. It was a bad look for Robinson, as he was unable to get inside on Paul because of his size. Still, this was the biggest PPV boxing event in 2020 with over $80 million in PPV revenue.

We saw Jake Paul take a step up in competition for his next bout. Paul announced that he would take on former MMA champion Ben Askren the next month, and they squared off in the ring on April 17, 2021. This fight was even less competitive than when Paul took on Robinson though, as Askren was known as a grappler and wrestler in the MMA. Askren was knocked out in five seconds by Jorge Masvidal in his penultimate UFC fight, and Paul scored a first-round knockout.

Paul’s last two fights have been against Askren’s former training partner Tyron Woodley. As a former UFC Welterweight Champion, Woodley was the most serious opponent that Paul has faced to date. Although he also had a size disadvantage, Woodley was able to secure a split decision draw in their first fight. That led to a rematch after Tommy Fury backed out of a fight with Paul in Tampa on December 18, 2021, and Paul scored a knockout in the sixth round.