Jaguars have the Ravens on Upset Alert for NFL Week 12 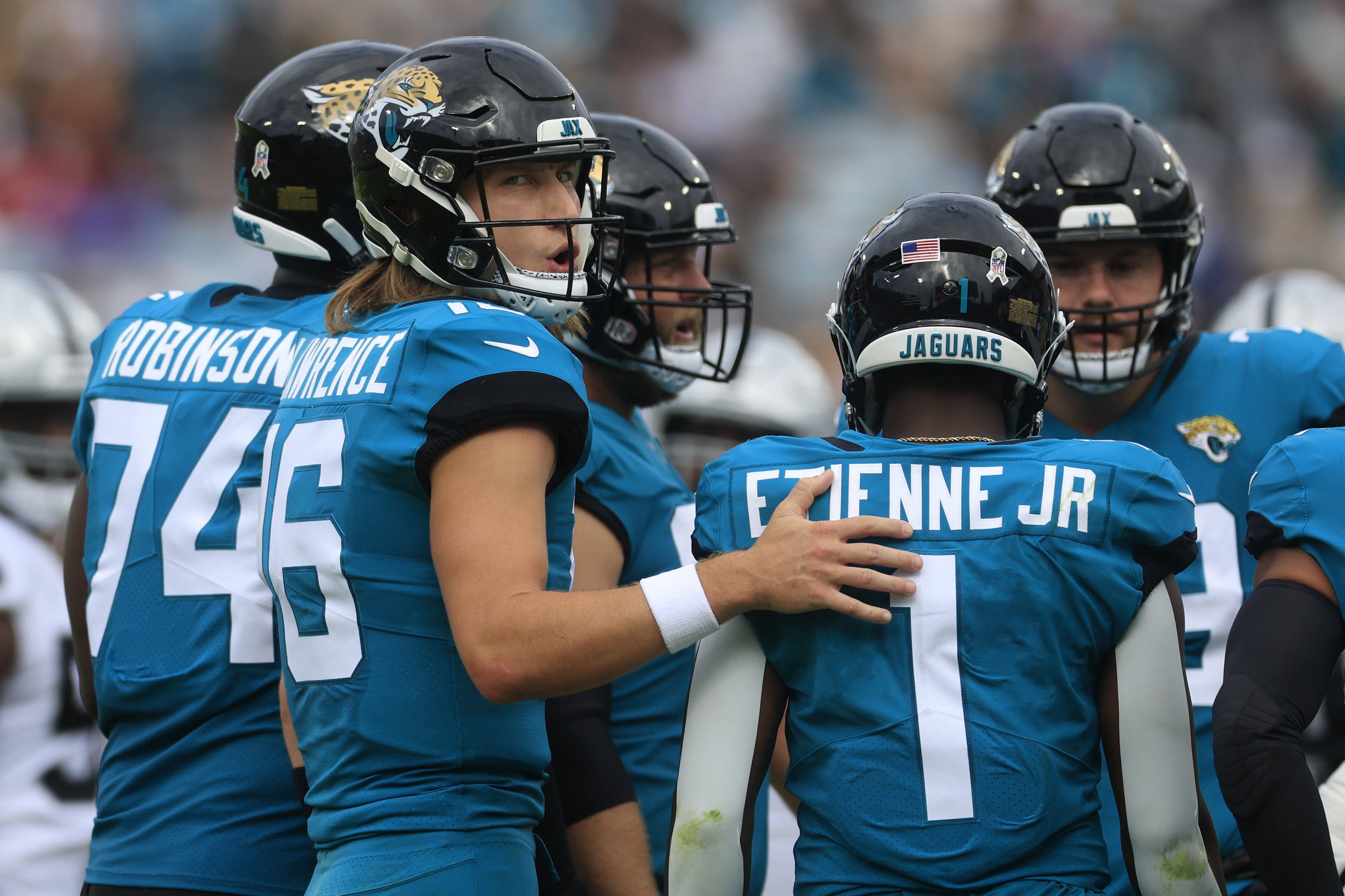 Oh what could’ve been with last week’s 5-pack of rabid dawgs! We only ended up cashing a ticket in with the Detroit Lions who dominated the Giants en route to scoring the 31-18 outright triumph as +140 underdogs at PointsBet Sportsbook. Both the Indianapolis Colts and Los Angeles Chargers suffered gut-wrenching defeats with the former allowing the go-ahead score with just over a minute remaining, while the latter allowed Patrick Mahomes to hook up with Travis Kelce for the game-winning touchdown with only 30 seconds remaining. Then there was the Chicago Bears who pissed away a 13-point lead in the blink of an eye. It was however the Jets who took the cake allowing New England Patriots to tally the game-winning score on a punt return with just five seconds remaining in what was a 3-3 tie that looked headed to overtime. It’s tough to get off the mat for Week 12, but I’ll do my best.

The Ravens are either going to blow the doors off the Jaguars or lose outright in Duval County. I wasn’t a fan off how Baltimore looked in last week’s 13-3 non-covering win against the Carolina Panthers. Lamar Jackson looked to be a shell of his former self failing to throw for a single touchdown and only turning his 11 carries into 31 total yards. Injuries have really taken a toll on the Ravens’ offensive playmakers, and that doesn’t bode well heading into this one against a rested Jaguars team looking to defend its turf coming off a bye. I’m still extremely high on Doug Pederson’s squad. Though it likely won’t be making a run at a playoff berth, I still expect it to close the year strong in hopes of setting the tone for next season and beyond.

Of the Jags seven overall losses, all but one of them came by a single possession. Jacksonville stands 2-0 SU and ATS as a host, and it’s defense is likely to force Jackson to beat it through the air considering Travon Walker and Co. have been much better stopping the run (No. 10). I forecast this matchup to be of the lower scoring variety which should have the Jaguars competitive throughout. If Trevor Lawrence is able to continue his upward ascension and the team catches a few breaks, it could go out and put a win in the bag.

I’ve been all over the Commanders rise from the ashes. I recommended backing them plus the points and on the moneyline in that huge showdown with the Eagles on MNF, and I also demanded you continue riding Ron Rivera’s squad in last week’s handling of the Texans. Many were of the belief a letdown would occur in Houston coming off that dominant effort in the Linc. It didn’t happen. However, I got an inkling it comes to fruition this week running up against a Falcons outfit that needs this win just as bad as Washington.

This is a huge matchup for both sides with each just outside the NFC playoff picture looking in. As it stands right now, the Commandos have the leg up and would slide into the seventh and final seed in the NFC if Seattle slips up at home against the Raiders in Week 12. As dominant Washington has defended the run throughout its impressive turnaround, the Falcons represent one of their toughest assignments of the year with Cordarrelle Patterson and his mates fully adept at running the ball on anyone that stands in its way. Ranked third overall in averaging nearly 160 yards per game at nearly 5.0 yards per rip, I expect Atlanta’s ground assault to keep it close enough to be in position to pull the outright.

I find it laughable that Denver is laying points in this matchup. What on earth have the Broncos done through 11 weeks to be laying any type of chalk away from the Mile High City? Morale is at an all-time low for this franchise right now. It can be argued that Denver is the bust of the 2022-23 NFL betting season with the lofty expectations supplanted on the team before the regular season kicked off. Nathaniel Hackett lost the locker room over a month ago. Russell Wilson supposedly just got a former teammate kicked off the team. Again, I have no idea why Denver is favored!

On the flipside, the Panthers continue to fight hard for interim coach Steve Wilks who badly wants a second crack as a full-time head coach after bombing in Arizona back in 2018. Since being handed the gig after Matt Rhule’s dismissal, Carolina has only managed two wins in six games but did manage to cover the spread four times. While its three wins have come against divisional opponents, this looks to be as good a spot as any to get the best of a team not based in the NFC South. As great Denver’s defense has been to this point, look for D’Onta Foreman and Sam Darnold to find a way.