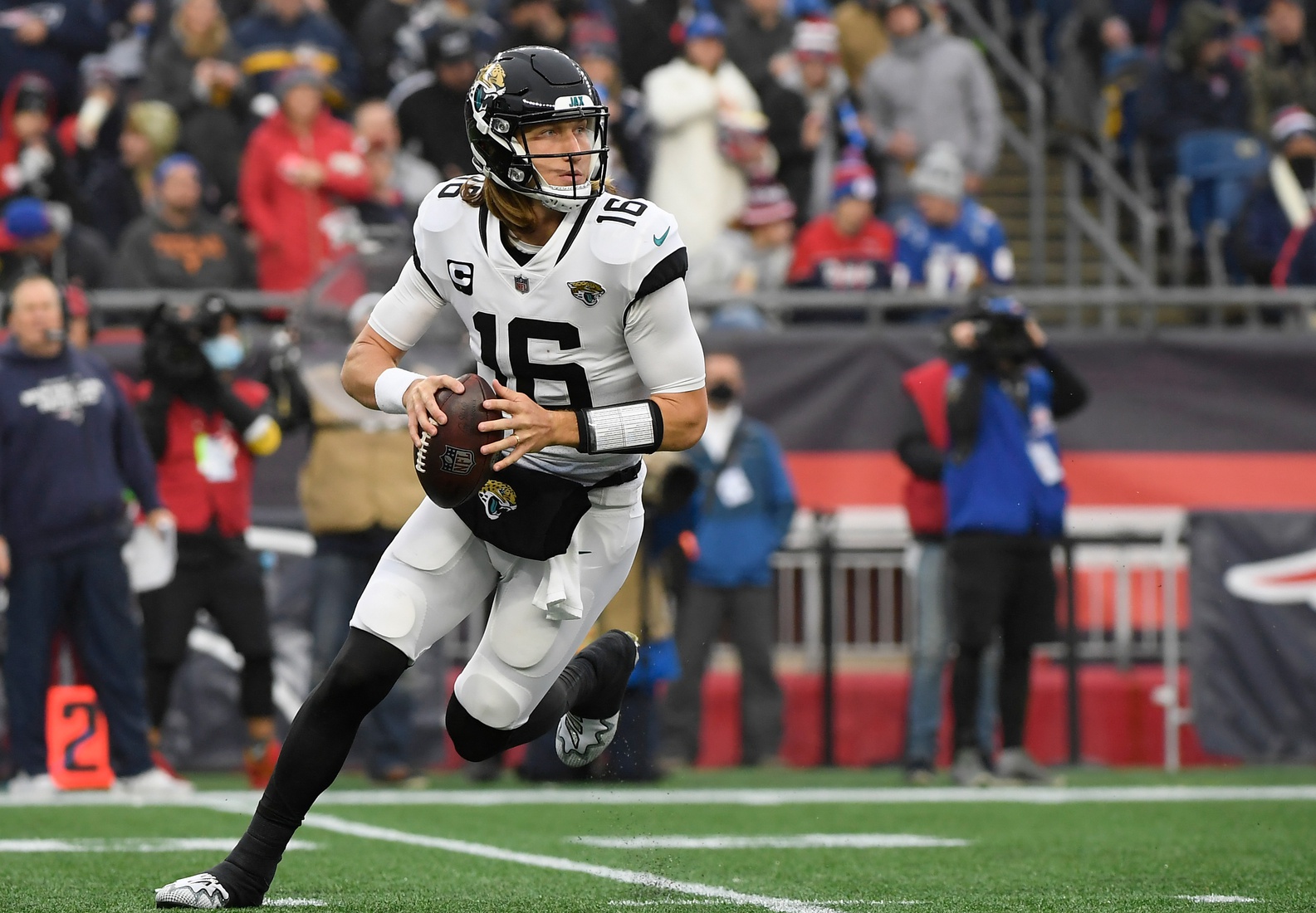 With just one playoff appearance in the last 14 seasons and a high-water mark of six wins tallied over the last four, I’m feeling a sense of sticker shock seeing SugarHouse Sportsbook tag the Jacksonville Jaguars with a 6.5-game season wins total heading into the 2022-23 NFL betting season. What do the linemakers see that has them on par with teams like the Detroit Lions, Chicago Bears, and Carolina Panthers? They clearly believe this team is just as good if not better than the one Urban Meyer overlooked throughout his brief stay in Duval County since the win total sits identical to the one it entered last year with.

The disaster of a season resulted in just three wins which saw Jacksonville bring up the rear of the AFC South standings a fourth straight time which afforded GM Trent Baalke the top pick in the draft for the second straight season. After snagging Trevor Lawrence with the top pick the year prior, he threw NFL Draft bettors a curveball by selecting Georgia DE Travon Walker with the first pick after many figured Aidan Hutchinson was the slam dunk No. 1 overall pick. That was followed up with the Jags trading back into the first round to acquire the services of stud Utah LB Devin Lloyd. Jacksonville’s defense improved immensely with those two picks. But will it be enough to improve what ultimately was the worst scoring defense in the division and third-worst in the AFC?

While I and many others liked what the Jaguars did in the draft, I can’t say the same for the amount of money thrown at undeserving players in free agency. A whopping four-year $72M contract to Christian Kirk with $37M of it guaranteed! Three years and $24M to Zay Jones! That’s a ton of money to throw at a pair of guys yet to do much of anything in their NFL careers! But the fun didn’t stop there; $30M of G Brandon Scherff’s three-year $49.5M deal is guaranteed. And let’s not forget about the $54M deal OT Cam Robinson was inked to before the draft.

Jacksonville has stunk out loud for quite some time now. Because of it, Shad Khan thought opening up the checkbook would solve the problem. Let’s see if new head coach Doug Pederson has the brain power and patience to figure it all out.

I’m finding it hard to believe a three-win team of a year ago possesses a season-win total with the likes of a playoff team like the Pittsburgh Steelers who currently own a head-scratching seven-game win total. While the over is bringing back a short plus-money return, there isn’t enough value for me to get involved. Teams that open up the checkbook almost always see a huge improvement in the wins category the following season. As such, I say go for it all and hit the over of the Jags alternate 7.5-game win total at +200.

Or take it a step further and wager on them making the playoffs. It would bring back a healthy +420 return on investment should they pull off the feat. Jacksonville ended up taking on the tenth toughest schedule strength last season. Sharp Football Analysis has this year’s schedule strength clocking in as the 12th easiest – “Stranger Things” have happened!

While some nice young additions were made to the defense in the offseason, new DC Mike Caldwell is still going to be forced to burn the midnight oil every week trying to put a game plan in place so as to prevent his stop unit from getting run off the gridiron. The front-seven should be better than average with the LB corps spearheaded by the up-and-coming Josh Allen. No, not that Josh Allen ;) But the secondary once again has more questions than answers, even with the addition of former Rams CB Darious Williams. Last year’s defense only came up with nine total takeaways. For reference sake, the Dallas Cowboys led the league with 34! Much improvement will be needed in that department for the Jaguars to have any shot of surpassing any of their win totals.

As iffy the defense looks in the backend, I think Jacksonville has something going on the other side of the ball. This will be a do-over season for the former No. 1 pick. Lawrence grossly failed to live up to his top billing in throwing for just 3,641 yards and a sickening 12:17 TD/INT ratio. That being said, the coaching staff did absolutely nothing to help him turn it around. We’ve already seen the magic Pederson was able to do with his stable of QBs while in Philadelphia. His ability to actually coach and devise plays catered to the strengths of his men will go a long way in helping Lawrence rediscover his confidence. With the wide receiver corps put in place paired with the return of former Clemson teammate Travis Etienne in the backfield, I think “Sunshine” smashes his player props at SugarHouse. Hit the over of his 4050.5-yard passing and 22.5 touchdown props! Do shop around, however with better prices out there.

Though forced to play nine games on the road and only getting seven true home games with the one against Denver set to take place across the pond, I think the Jags exhibit marked improvement and surprise a number of NFL bettors fading them along the way. Play those alternates and hope the Jags figure out how to cook with gas!