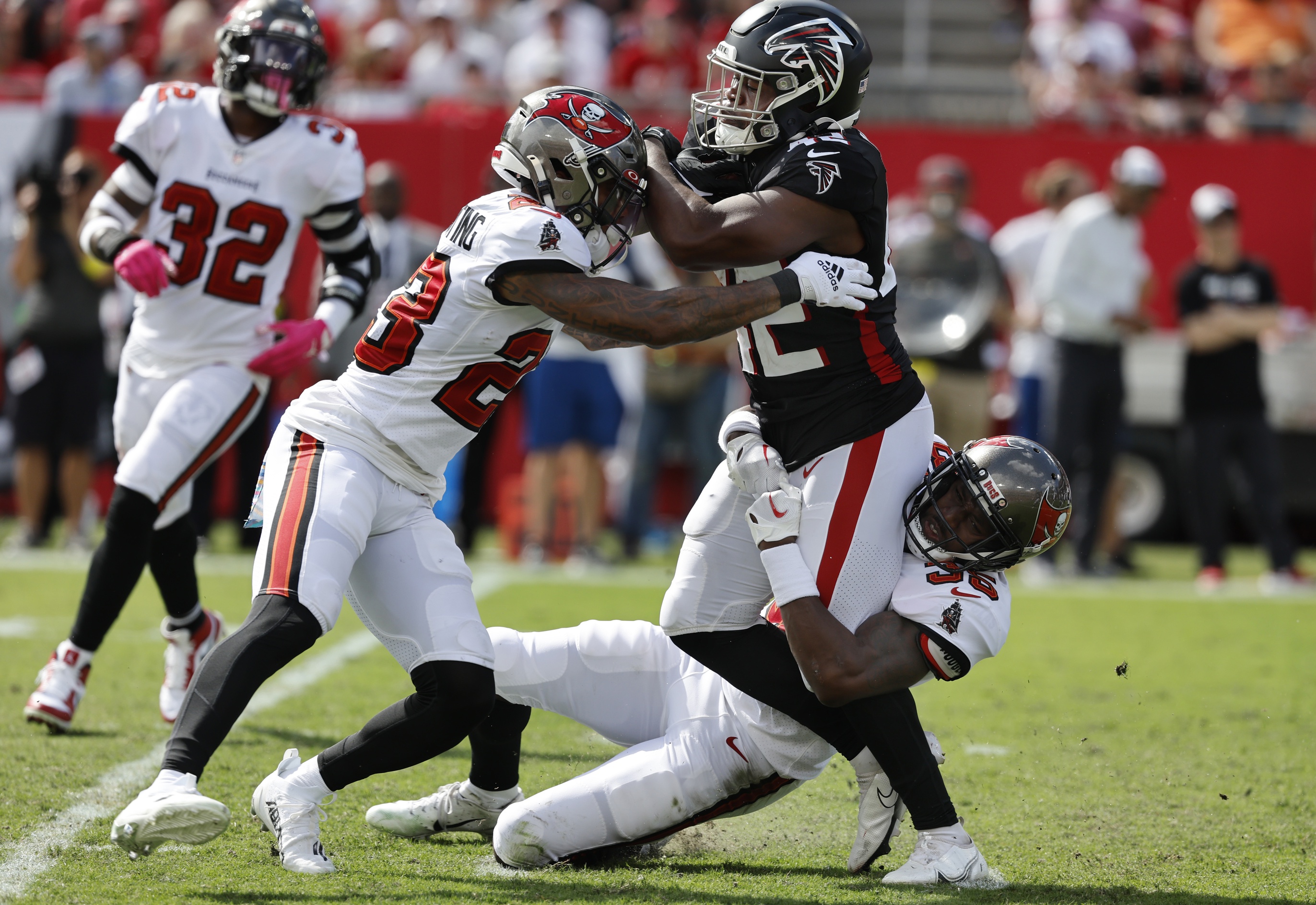 It’s a two-horse race in the NFC South with the Tampa Bay Buccaneers and Atlanta Falcons duking it out with one another for division supremacy. The rivals still have one meeting remaining on the docket. It comes in Week 18. Do we really expect Arthur Smith’s squad to remain in the thick of the chase by then? While the New Orleans Saints still have a mathematical shot of taking home bragging rights, is anyone running to the betting window in support of Andy Dalton? I didn’t think so! Put a fork in the Carolina Panthers who pissed their opportunity away with that brutal no-show at Cincinnati. Let’s break down the division’s current offerings at BetRivers Sportsbook and see if anything is worthy of being invested in heading into Week 12.

Are the Bucs back now that Todd Bowles’ troops rattled off back-to-back wins over the Rams at home and the Seahawks in Germany? I’m still not buying it from a Super Bowl LVII perspective, but “The GOAT” and Co. certainly look to be the best of the worst in the AFC South. The buying opportunity has since come and gone however with the window open heading into that Week 9 matchup with the Rams when their odds of winning this defunct division were the lowest they’d been all season.

Four of their final seven games will be played away from Raymond James Stadium. There’s also those nasty back-to-back matchups against the 49ers and Bengals that sticks out like a sore thumb. I’m already invested in the full season 11.5 under which means Tom Brady and Co. will need to win out for the ticket not to cash. That being said, I still have eyes on the under 9.5 of their adjusted in-season wins total as well. Does this team deserve to be prohibitive favs to win the division? Probably. Can it do it winning fewer than 10 games? That’s also a possibility.

The Falcons split their two played games since last reporting on Marcus Mariota and his mates. All it did was allow it to keep pace with the Buccaneers, and that’s something I expect to see even more of moving forward. This team has some nice pieces on it, but they’re not nearly enough to help lead this team to a division title in the second season of the Arthur Smith era. The remaining schedule reads as such: @Washington, Pittsburgh, Bye, @New Orleans, @Baltimore, Arizona, and Tampa Bay. Just from eyeballing it, I see at minimum two wins and a maximum of four. That would mean a grand total of nine wins could take home bragging rights. That’s how bad this division is!

Last reporting on Atlanta, I recommended betting “No” to make the playoffs at -286. BetRivers is currently offering it up at -455. It was a good bet then. Not so much now. With my current prognostications, there’s also some value hitting the under 9.5 wins at an even money return. Atlanta is improved, but not enough to win this division or be one of the best seven teams in the NFC. Get Desmond Ridder under center already will ya!

The Saints have followed a lose two win one pattern for the last nine weeks. That’s not going to get the job done. Even in this wretched division! I wonder what the Saints would’ve looked like had Jameis Winston actually been able to partake in the season. Andy Dalton has been serviceable, but he’s nothing more than a backup quarterback at this point of his career. The injury bug hasn’t treated Dennis Allen kindly in his first go-round as the top dog in the bayou, but neither has the team’s overall talent level. Its possible Sean Payton saw the writing on the wall and didn’t want to deal with another rebuild.

Regardless, four of the team’s final six games take place away from the Caesars Superdome which includes roadies to San Francisco, Tampa Bay, Cleveland, and Philadelphia. Their adjusted wins total is 6.5 with heavier -139 juice on the under and the “No” to make the playoffs is -1115. Both options are good bets regardless of being on the chalky side.

I’m still wondering what the Panthers would look like right now if D.J. Moore hadn’t taken his helmet off after coming down with that miraculous endgame catch that should’ve propelled the Panthers to an exhilarating last second win over the Falcons back in Week 8. While it did manage to avenge that defeat a couple weeks later, it stands as the only triumph the team has logged over the last month. While the team has no shot of winning this division or many more games for that matter, it’s still playing hard for interim coach Steve Wilks evidenced by the team’s 4-1 ATS record over the last five weeks. I have no issue riding the Panthers on a weekly basis the remainder of the year provided it continues fighting like it has. Though one can only wonder when the balloon finally pops with losses continuing to stockpile.