How to Bet Sports Simulations 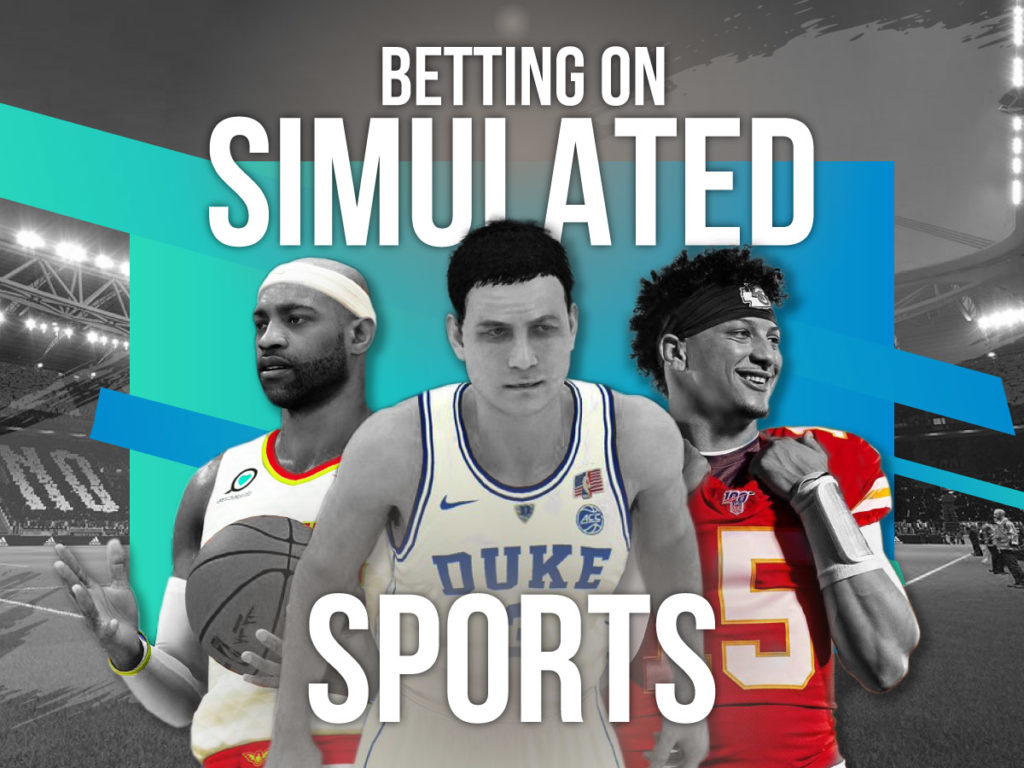 The absence of traditional sports has led to more and more online sportsbooks offering betting on sports simulations. There are sports simulations (i.e. video games) for the NFL, NBA, MLB, NHL, and soccer, and the graphics make you feel like you are part of the action. While these simulations can never replace the real thing, they have been a nice distraction in these trying times. Each game has the usual sports betting options with wagering on the spread, total, and moneyline, and there are even some prop options available too.

Since the first Madden video game was released in 1988, the franchise has sold more than 130 million copies of the game. There is a new Madden game released annually with updated rosters and a few new mechanics, and it’s important to keep those rosters and the ratings of the players in mind when betting on sports simulations. While quirky things can happen in the game, higher-rated teams tend to beat the lower-rated teams at close to the rate you would expect.

There are numerous settings for Madden, so make a note of those in your sports simulation betting. For instance, there are different difficulty levels in Madden, and you tend to see lower scoring games as the difficulty level increases. Additionally, there can be different settings when it comes to how fast time comes off the clock, and that can impact the over/under.

The first game in this series was developed in 1997, but the moniker ‘The Show’ wasn’t adopted until the mid-2000s. Interestingly, unlike many of the other predominant video games in their respective sports, there isn’t a real Esports scene surrounding MLB: The Show. That has led to a little more difficulty in sports simulation betting with this game, as people are starting from scratch when it comes to these sims.

There is betting on run lines, total betting, and moneyline betting available for this game, and you can also bet on team totals, which team will score first, and whether there will be a run in the first inning.

Over the last decade, the NBA 2K series has blown up. The game has the most vibrant Esports scene of any of the four major American sports, and there are some trends that players have picked up on with these sports simulations. Teams that were more hyped coming into the season like the Los Angeles Lakers and Philadelphia 76ers have seen their ratings inflated, and that has led to larger lines per the simulation betting odds.

Spread betting and moneyline betting is available for NBA2K20, but total betting is hit or miss. However, there is halftime and second half betting available, and you can wager on what will be the first scoring play of the game if you want something that will be decided quickly.

The NHL hasn’t been as popular as the other three major US sports over the last two decades, but we have seen people get more into the action on the virtual ice. NHL2K is a bit higher scoring than a typical hockey game, and most games will have seven to nine goals. That has led to over/unders between 7.5 and 8.5, and the game finishes in under 90 minutes, giving fans some compacted action.

FIFA is twice as popular as the next closest sports video game series (Madden). Since its inception in 1993, there have been over 260 million copies of FIFA sold worldwide. The game has the best Esports scene of any sports video game, and it has a very broad appeal with real soccer players enjoying the game alongside athletes in other sports.

There are FIFA Esports tournaments being contested regularly, but if you want to take player skill out of it, you can bet on a FIFA simulation. You will find Asian Handicap betting, moneyline betting, and total betting available along with other various props.