How to Bet Politics 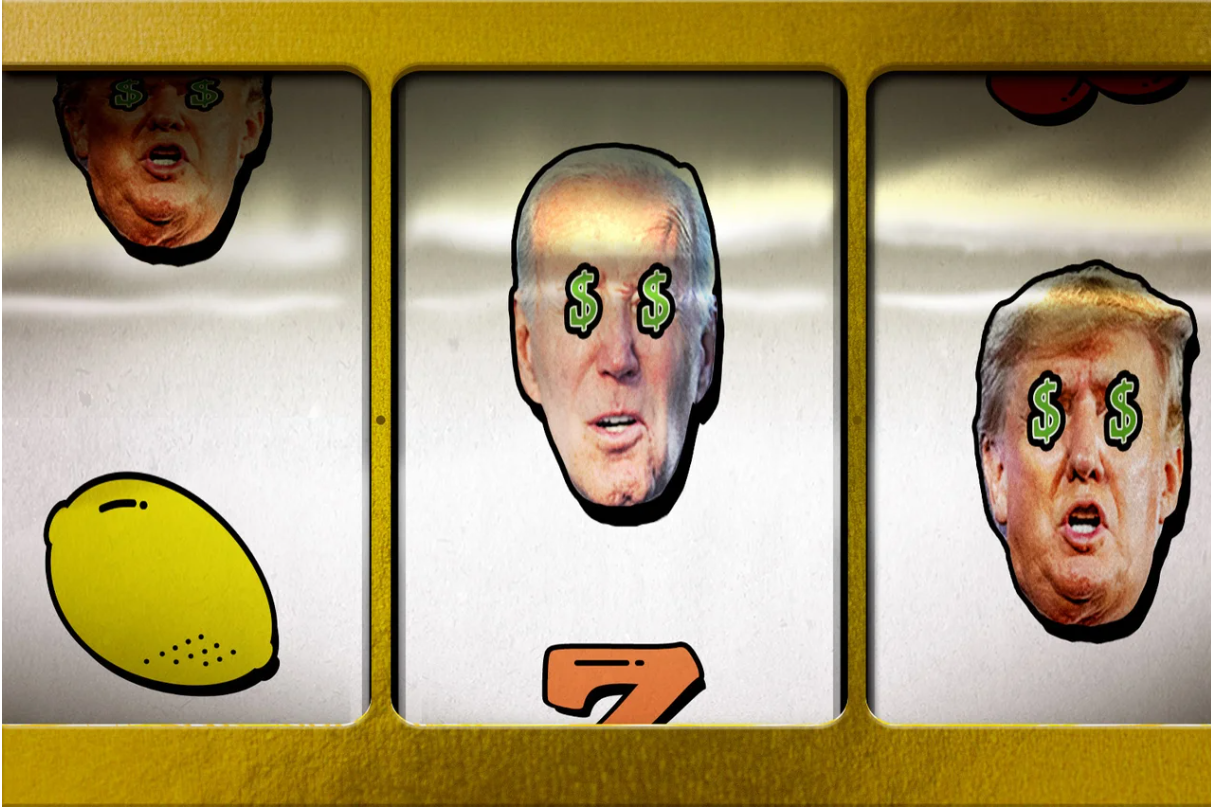 The only kind of betting that may be older than sports betting in the United States is political betting. Betting on the presidential election is a national pastime, but there are other types of political betting odds available too. Like the World Cup or the Olympics, politics takes over the spotlight every four years, yet unlike those other two events, there are numerous other times to bet on politics in between presidential elections. Some of these betting options could involve important things like policy implementation or political appointments, but there are also zany props involving social media or public appearances that pop up from time to time too.

State of the Union Betting

The State of the Union Address has been one of the most watched television events annually over the last few decades. Most major news networks carry the entirety of the speech live and then allot some time to discuss it with panelists afterwards. There are always prop bets available for what the POTUS will highlight in his speech. There will be political betting odds for what topic will be talked about the most during the typically hour-long address, and there is generally betting on whether the POTUS will say certain words or phrases. The most prominent bet is the length of the speech, but people have enjoyed betting on the number of standing ovations a president will receive in recent years too.

Before you can be elected president, you have to run for, and win, your party’s nomination. While this isn’t explicitly laid out in the US Constitution, that has been the path to the presidency since its inception. There are generally betting odds available for who will win the nomination for the Democratic Party and the Republican Party a year out from the conventions, and you can make some serious coin if you get in early.

In addition to presidential nomination betting, there are two other types of nomination betting. Once a party has selected its candidate, the candidate will choose a vice president, and the vice president nomination odds are generally full of swings. Candidates usually keep their choice pretty close to the vest until they are ready to make an announcement, but the preferred choice will occasionally be leaked early, creating chances for savvy bettors that keep their ear to the ground.

The other type of nomination betting occurs when a president has to replace a Cabinet member or a Supreme Court justice. A nominee is usually selected very quickly, so don’t delay if you want to get involved in making one of these wagers.

The days of party bosses imposing their candidate on the rank and file members of a political party are over, and candidates must now prove their mettle in state primaries. Momentum is incredibly important in state primaries, and it’s rare to see a candidate earn the nomination after failing to win one of the first four states in the process. This leads to candidates spending millions in places like Iowa, New Hampshire, South Carolina, and Nevada in order to establish themselves as a contender.

While betting on the presidency and its various aspects is the most popular way to bet politics, there is also betting on Congressional races available. You can bet on which party will have a majority in the Senate and the House of Representatives after each mid-term election, and you are able to bet on key Congressional and gubernatorial races too. There are always several hotly contested seats each cycle, and these are closely followed in the media.

This is the most common type of political betting. Betting on the presidency is almost always available at online sportsbooks, and it doesn’t matter if Election Day is a month away or three years’ away. You can bet on whether the president will be reelected, bet on the party that will win the next presidential election, and bet on the number of electoral votes each candidate will receive. There is also margin of victory betting available for both the electoral vote and the popular vote, and you can even find betting odds on when the race will be called.