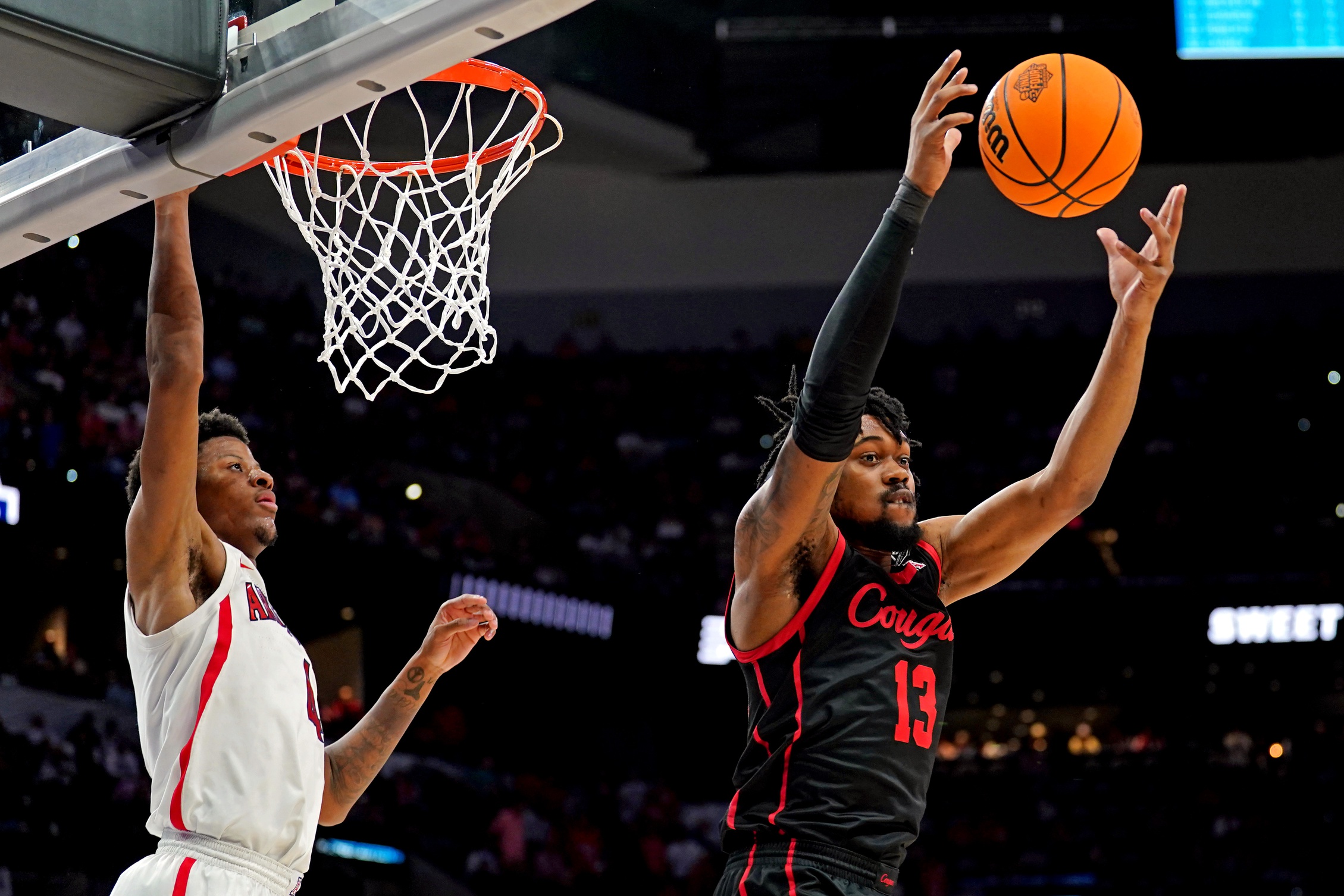 The South Region didn’t play out like most college basketball bettors envisioned. Not with the No. 5 seed Houston Cougars de-pantsing the region’s top-seeded Arizona Wildcats in the Sweet 16 on Thursday night. Kelvin Sampson’s kids hit the ground running for that one getting out to an early lead and never looking back en route to reaching the Elite Eight for the second time in as many years. If you break it down even further, Houston has been one of the final eight teams standing in each of the last three NCAA tournaments. They’ll attempt to reach the Final Four for the second straight time in as many years on Saturday night when they square off against the No. 2 Villanova Wildcats who punched their ticket to the next round by handling Michigan with relative ease. That being said, linemakers at DraftKings Sportsbook currently have the higher seeded Wildcats catching points in this matchup, and the betting public already steamed the number minutes after initially hitting the board. Honestly, if the Coogs continue playing like they did on Thursday night, nobody in this field will be able to knock them off!

So it looks like KenPom.com was right after all in ranking the Cougars well ahead of the Wildcats heading into their Sweet 16 throw down. I thought it was a bit farfetched, but witnessing Houston dominate the full 40 minutes opened my eyes. As it is, Houston hit the board for Elite Eight betting as 2-point favorites to defeat Villanova with the total lined at 128.5. The number to beat has already jumped to -3 in some spots though DK only moved it to -2.5 at the time of this writing. With the Cougars beat down of Arizona still fresh on college hoops bettor’s minds, it’s pretty safe to assume the number will continue climbing until it meets a resistance point. This will be the sixth time Nova has caught points this season, and the earlier results weren’t pretty – 1-4 SU and 1-3-1 ATS losing the four games by nearly 10 points per game. As efficient both defenses are, it’s with little surprise to see the total already down a full point from the opener.

Heading into Thursday night’s tilt, I felt the Cougars were going to have major issues with the Wildcats size near the rack. As great a rebounding team Houston is, I felt its lack of size was going to be a problem area; one that dictated how the game ultimately played out. I couldn’t have been more incorrect! Houston would go on to outrebound the Cats 33-31 with every player that logged a minute reeling in at least two caroms. Josh Carlton led the way with seven boards. Houston held Christian Koloko to just 10 points on 2 of 6 shooting and only allowed him to reel in four rebounds. Oumar Ballo was a complete no-show with just two points and no rebounds in his 10 minutes of action. Bottom line, it doesn’t matter how much bigger you are, the Coogs collective heart is bigger than anything out there!

Nova has been money in the bank for those that have attacked the NCAA tournament betting odds to this point. Thursday night’s surgical 63-55 win and cover against the Wolverines as 4.5-point favorites moved them to 3-0 ATS overall after taking down Delaware and Ohio State previously. While the offense had some issues in converting just 37 percent of their 59 overall shots, they hit the big ones when it mattered most and drained nine 3-pointers. Most importantly, Collin Gillespie and his mates only turned the ball over a total of six times, and stuck close in the rebounding battle (36-38) regardless of being forced to deal with Hunter Dickinson. It’ll need to challenge Houston on the glass to have any shot of sticking close with a trip to the Final Four on the line.

Just how silly does the selection committee look right now for bestowing a No. 5 seed upon the Houston Cougars? Arizona simply never had a shot, and they were the top dog in the region! Those booking the bets have wised up to the fact that Houston certainly has the team to cut the nets down in the coming weeks with it now tied with Kansas as +350 favorites to be the last team standing. Though Villanova goes about its business like a Fortune 500 company and enter this tilt with just one loss in their last 14 games (7-6-1 ATS), they’ve rightfully been lined the underdog in this matchup. Since dropping the regular season finale in Memphis, Houston hasn’t even been challenged. They cruised to the AAC tournament title and have since steamrolled UAB, Illinois and Arizona to get to this point. With a return trip to the Final Four on the line, I can’t help but think Jamal Shead and Co. put forth another brilliant effort to take down another giant en route to punching a ticket to New Orleans.