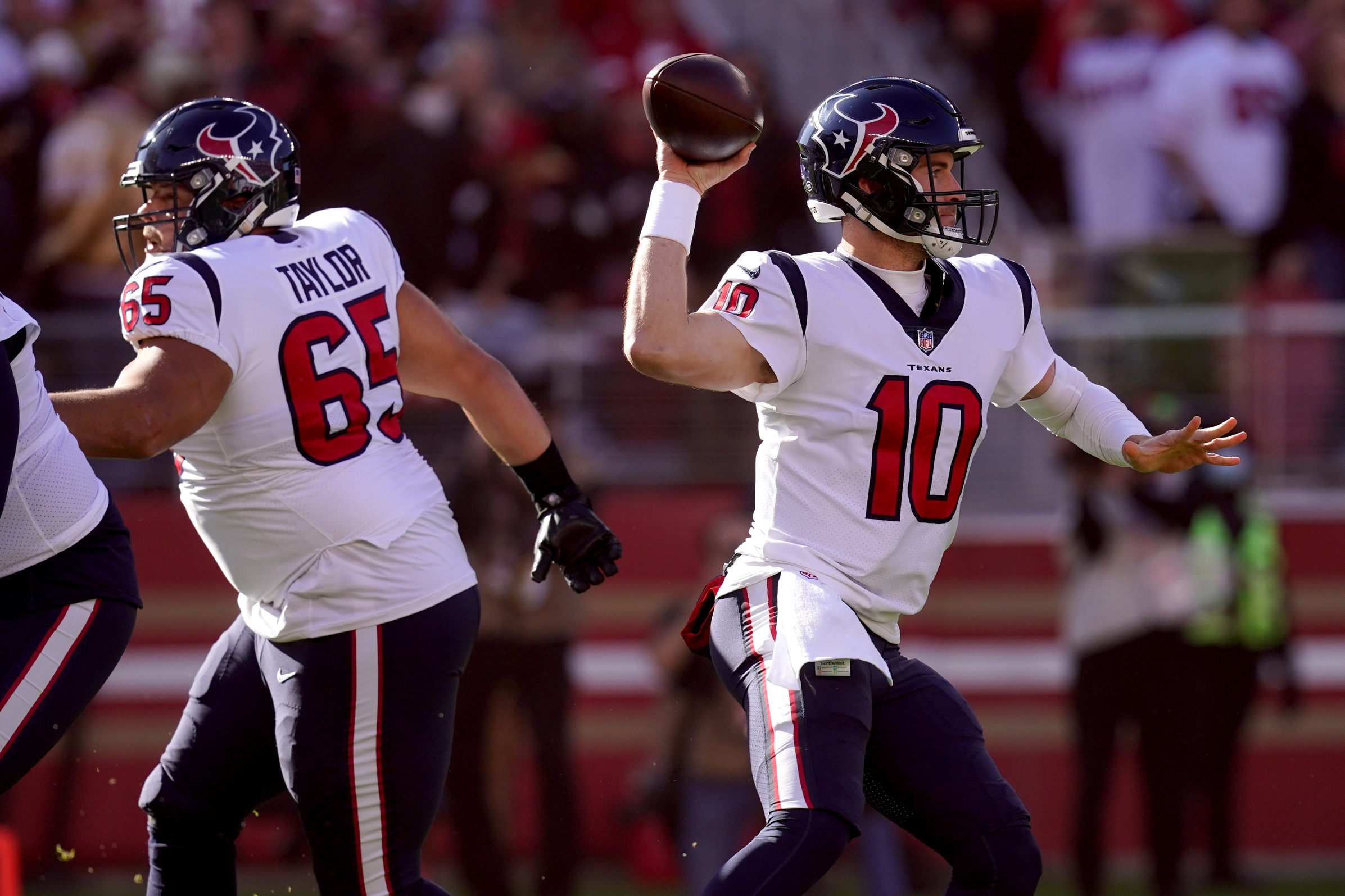 The Houston Texans haven’t had the greatest of showings since becoming a member of the NFL back in 2002. Since then, the franchise has mustered just eight winning seasons and partook in the playoffs five times. Last season was one to forget. The Deshaun Watson fiasco aside, the Texans logged just four overall wins to push their season wins total and finish third in the AFC South for the second straight time. David Culley was shown the door after a brief one-year stay with upper management looking to his defensive coordinator – Lovie Smith – to overtake the head coaching reigns for the 2022-23 NFL betting season.

He immediately made his mark on the franchise by selecting Derek Stingley Jr. with the third overall pick in the NFL Draft. While GM Nick Caserio also signed off on the surprising move that NFL bettors in the know cashed in nicely on, the former LSU cornerback was Lovie’s guy. Remember, Smith overlooked some dominant defenses in Chicago throughout his first go-round as a head coach. Houston has marched some wretched defenses onto the gridiron the last few years, and that’s something the new coaching staff will attempt to rectify in short order. Stingley was a nice start, but there’s still plenty more work to be done before this team is once again taken as serious division title contenders. That’s highly evidenced by one of the lowest season win totals on the SugarHouse Sportsbook betting board.

There isn’t much hope for the Texans this season or anytime soon for that matter. This is a team that was outscored by 172 points and failed to come out on top of all four of its games decided by a single touchdown. That being said, I forecast more growth for this team on the offensive side of the ball where it showed a spark at the tail end of last season. The unit’s prowess paired with a defense that doesn’t figure to come up with many stops or prevent points from denting the scoreboard has me thinking Houston could be great investments for total bettors that enjoy taking in high scoring games.

Houston went into last season expecting to run up against the third toughest strength of schedule in the league; it ended up being the seventh toughest. Things don’t look to be getting any better in 2022-23 with it set to deal with the fifth toughest schedule per Sharp Football Analysis with it opposing the AFC West, NFC East, and standalone games against the Chicago Bears, Cleveland Browns and Miami Dolphins. On the bright side, QB Davis Mills and Co. will get to test its might against the seventh easiest cast of opposing pass defenses after tackling the ninth toughest a season ago.

The Texans averaged 25.7 points per game over the final month of the season. Mills would go on to throw for 927 yards and an 8:2 TD/INT ratio during that stretch with Brandin Cooks leading many a fantasy footballer to a league title along the way. Each is back to lead the offense this season. That along with the offensive line actually being one of the lone strengths, has me bullish on this offense dramatically improving upon last year’s outputs. While the front wall allowed 44 sacks (No. 24), it’s still got the building blocks for a better than average front this upcoming season.

Laremy Tunsil is one of the best tackles in the game. The addition of Texas A&M standout guard Kenyon Green will allow Tytus Howard to move back to his preferred position of tackle. PFF (No. 22) is noticeably higher on the Texans offensive line than FTN Fantasy (No. 29). Should this new-look bunch actually figure out a way to run block, unlike last season with Houston boasting the absolute worst rushing attack in the league, the Texans will churn out a balanced attack with Marlon Mack and physical rookie RB Dameon Pierce the two likely standouts. This offense is going to go over its team total numerous times in 2022-23!

All that being said, it’s still tough to envision Houston winning more games than it did a season ago. While I believe the Titans take a big step backwards this season, they’re still better than the Texans overall. I got Jacksonville pegged as the team that surprises in this division. It won’t mean anything in the grand scheme of things with the Colts likely running away and hiding with the league title. Making a futures investment on Lovie’s first run as the new head coach against a brutal schedule (on paper) isn’t something I’ll be doing this season. Instead, I’ll look to make bank betting overs until SugarHouse catches on and starts bloating the totals. Gun to the head, I hit the under of the wins total and hope they match their output from the last two seasons.