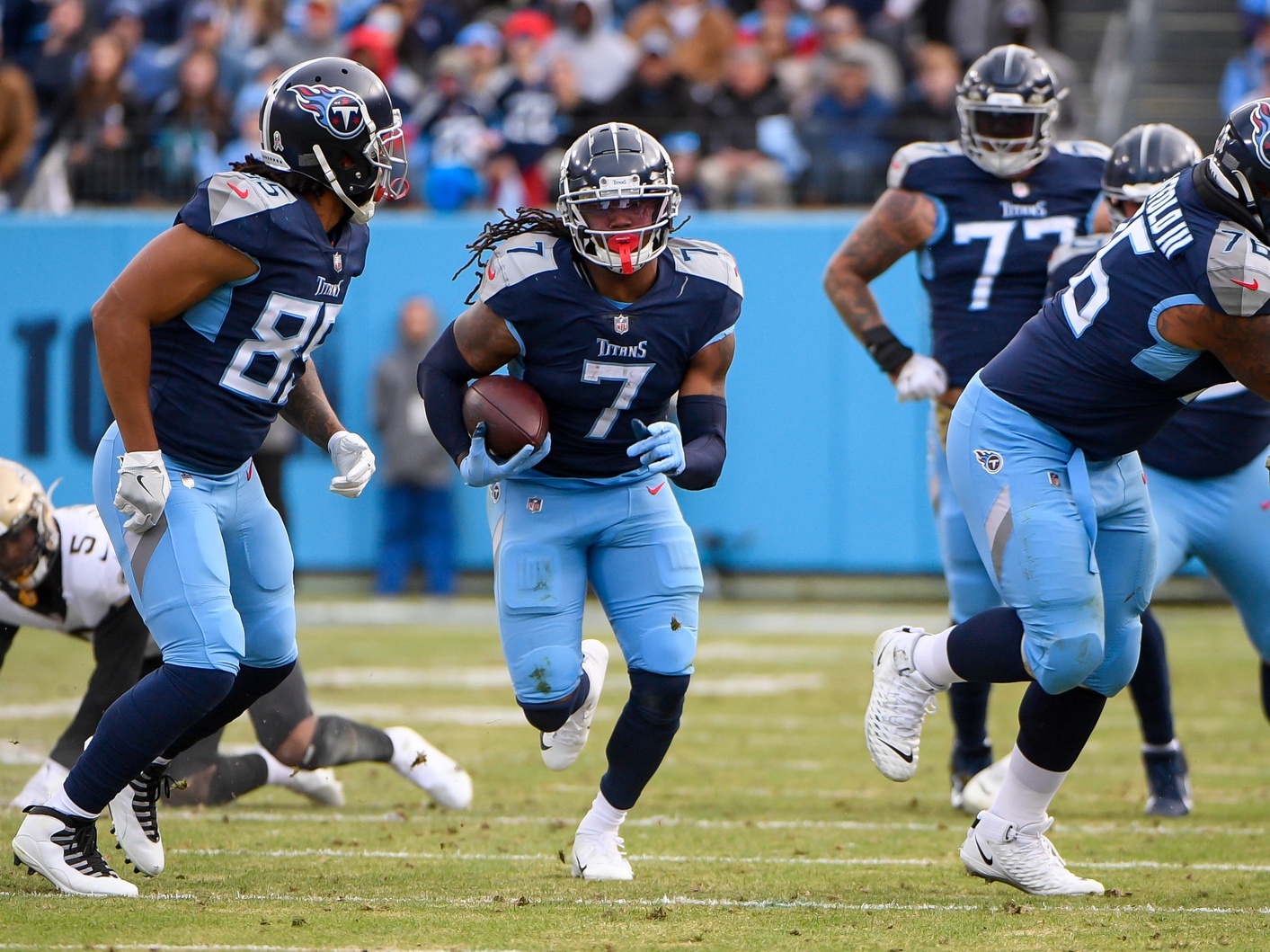 Week 11 of the NFL season is quickly approaching as we’ve cruised past the midway point and head into the holidays. It seems a good time to evaluate where everyone stands.
In the AFC, three of the four division races are led by just a half-game, leaving tons of room for playoff movement over the coming weeks. The NFC has been a bit more dominant, with the cream of the crop rising to the top. Four teams already have seven wins, compared to just one in the AFC, and it appears that a few could begin running away with division races.
Over the last couple of games, there have teams that are standing out as they position themselves for a postseason run. Others, though, are beginning to lose ground. Let’s take a look at who’s hot and who’s cold entering week 11 before you make your final picks.

Three teams stand out in terms of NFL best bets, while another is quietly creeping up the AFC North standings. We’ll start with the hottest team in football, the Tennessee Titans.

Tennessee has won six straight games despite entering four of those matchups as underdogs. In that time, the Titans have knocked off defending champs Kansas City, Indianapolis, Buffalo, and the Rams. They’ve covered the spread in five of those contests and will look to do the same this weekend versus division foe Houston. The Titans have opened the week as 10.5-point favorites at SugarHouse sportsbook.

The Patriots have been rolling over the last handful of weeks, posting a perfect record in their last four matchups. Three of those contests were decided by three scores on more as New England continues to easily exceed NFL betting lines.
Those four wins have resulted in four straight covers for Pats bettors. They’ll try to keep that streak alive this week in a meeting against Atlanta. New England opens as seven-point favorites on the road Thursday night.

It may not seem like it, but the Steelers are quietly moving up the AFC North standings. Over their last five games, Mike Tomlin’s bunch is 4-0-1.
The tie last weekend to the Lions was ugly but we’ll chalk that up to the Steelers playing without quarterback Ben Roethlisberger. Pittsburgh will have another chance to pull an upset as they enter this weekend as 4.5-point underdogs to the Chargers. The Steelers are 3-1 as ‘dogs, with two of those wins coming on the road.

The Packers are 7-1 over their last eight games, with the lone loss being a 13-7 defeat to the Chiefs with Aaron Rodgers out of the lineup. They’re also 8-1 ATS this season. Green Bay is playing great defense with its last five opponents averaging under 12 points a game. Following a slow start, the Pack is looking to be a Super Bowl contender once again.
Their next test will be against Minnesota where they enter the week as 2.5-point favorites on the road. Kirk Cousins and the Vikings defense will put that defense to a test but we’re certainly not betting against Rodgers.

The Rams have cooled off quite a bit after looking like Super Bowl favorites over the first half of the season. Los Angeles has dropped two straight including Monday night’s 31-10 beatdown to the San Francisco 49ers. Matt Stafford’s status as MVP candidate is slipping and that dominant defense is showing kinks in the armor over the last month.
The Rams are 0-4 in their last four NFL picks against the spread, which includes meetings against the lowly Lions and Texans. The defense is allowing 25 points per game in those contests and it won’t get a breather with Green Bay looming.

Baltimore is living by the skin of its teeth this season, having made multiple double-digit comebacks to get to 6-3 on the season. One of those comebacks came two weeks ago against the Vikings in a 34-31 win where the Ravens trailed by 14 in the second half. Baltimore wasn’t so lucky after falling behind to Cincinnati and Miami, though.
The Ravens are just 1-2 in their last three games, with an 0-3 mark ATS. They have one of the toughest schedules in the NFL the rest of the way as they end with matchups against Pittsburgh, Cleveland, Cincy, Green Bay, and the Rams.

The Bears have dropped four straight, and while no one had much expectation for the team heading into the season, the offensive stagnation has been frustrating. Sure, the Bears exploded for a season-high 27 points a couple of weeks ago against the Steelers, but that was much aided by turnovers and a special teams score.
The offense has failed to reach the 21-point mark in six of nine contests, with Chicago games hitting the over just three times. A tough matchup against Lamar Jackson and the Ravens is right around the corner. If points continue to remain at a minimum, you can chalk up another loss for the Bears. They enter as six-point underdogs at SugarHouse sportsbook.