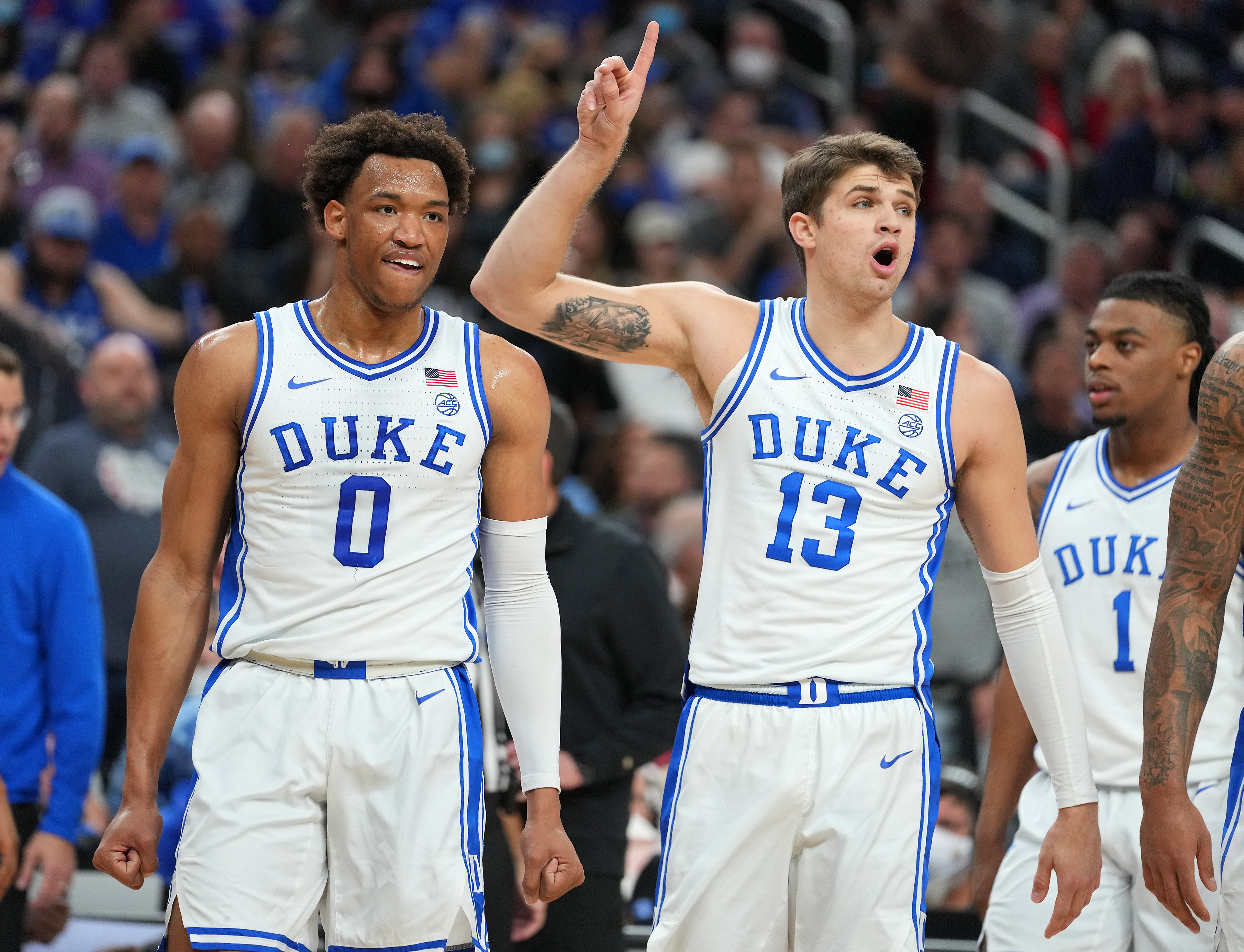 College basketball is now underway with just over three weeks in the books. While there’s still a long way to go before we get to March Madness, we’re starting to see some national title contenders rise to the top. Preseason tournaments have already pit powerhouses like Duke, Gonzaga, and Kentucky against each other as they battle it to be the best team in the land.

While the blue bloods have performed well thus far, a few typical tournament teams are struggling in the non-conference portion of the schedule.

Take a look at who’s gotten off to a hot start to the year and who’s been slow to get out of the gate in our latest edition of Hot and Cold.

Duke pulled off the biggest win of the season thus far by knocking off Gonzaga 84-81 in their most recent matchup. The Blue Devils currently sit at 7-0 on the season with wins over the top-ranked Bulldogs and Kentucky.

Duke is making its case as college basketball’s top team but they’ve not necessarily been a betting lock. The Blue Devils have failed to cover some massive spreads thus far, going just 3-4 against Vegas odds over their first seven matchups. Still, they’ve beaten the spread in their two biggest wins, including that win over the Zags as an 8.5-point underdog.

The Wildcats picked up two big wins last week versus Wichita State and Michigan. With the victories, Arizona sits at 6-0 on the season with a pair of PAC 12 teams up next on the schedule.

Arizona has been very kind to bettors early on, posting a 5-1 record against the spread. The over has also cashed in four of those six games with the Wildcats averaging 91.5 points per game.

Florida has already notched a trio of notable non-conference victories against Ohio State, Cal, and archrival Florida State. The Gators have been playing at a high level defensively, holding each of their first six opponents to less than 70 points.

From a betting perspective, the Gators have covered in five consecutive contests including that 16-point win over the Seminoles as underdogs. They’ll look to keep the momentum rolling on Wednesday with a matchup set versus a 6-1 Oklahoma team.

Purdue is scoring some serious points over the first part of the season. The Boilermakers have hit the 90-point mark in all but one contest while reeling off six straight wins. Two of those victories came against potential tournament teams in North Carolina and Villanova.

Purdue has covered in five of six outings with the lone loss coming as a 26-point favorite in a 25-point win versus Indiana State. Keep an eye on the Boilermakers as the season continues. Next up is a matchup versus Florida State. Purdue is an 11-point favorite at SugarHouse sportsbook.

The Panthers have been downright bad this year, limping out to a 2-4 start. Those losses include double digit defeats at the hands of The Citadel and UMBC. They’ve also dropped contests to West Virginia and Vanderbilt.

The Panthers’ lone wins thus far have been in close decisions with Towson and UNC Wilmington. They’re 2-4 against the spread and look to be a team to avoid when making your next college basketball picks.

The Beavers have been another college basketball disappointment with six consecutive losses. The current skid includes defeats to Iowa State, Tulsa, Samford, Princeton, Wake Forest, and Penn State. Oregon State has failed to cover a spread as a betting favorite so far this season, losing outright on all four occasions. They’ve also lost essential pick ‘em games to the Cyclones and Nittany Lions.

Things don’t get easier with a pair of PAC 12 teams coming to town this week. Fade the Beavers until this team gains some confidence.

Rutgers was a tournament team last season, advancing to the round of 32 with a win over Clemson. This season appears to be going in the opposite direction, though.

The Scarlet Knights have lost three in a row against the likes of Lafayette, UMass, and DePaul. They’d been favored in each. Next up is a revenge game for their opponent, Clemson, who looks to avenge that tournament opening loss with a statement win.