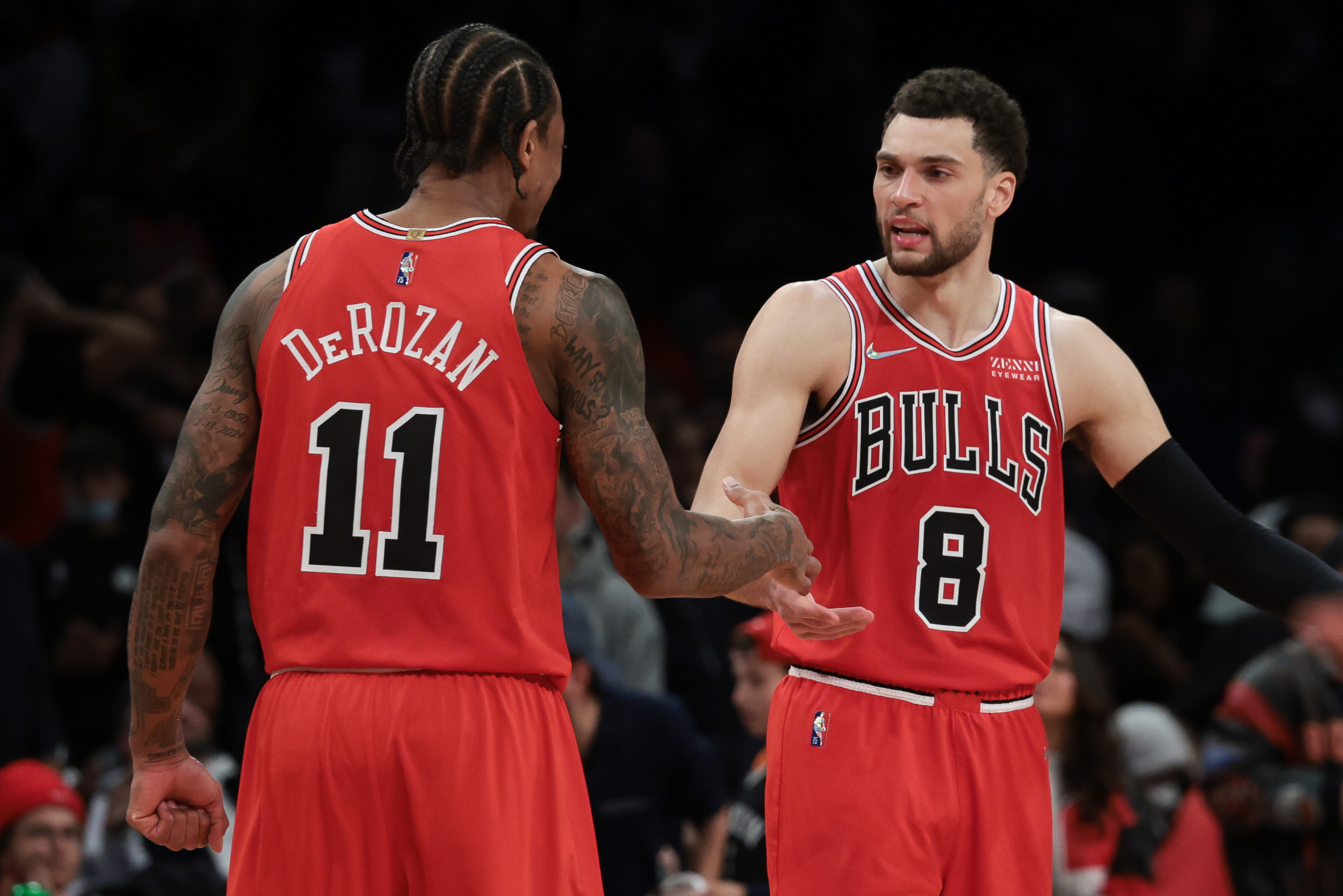 Another week is gone in the NBA season meaning a fresh group of teams await in our newest edition of Hot and Cold.

A familiar group remains at the top with Golden State, Phoenix, and Utah sitting atop the Western Conference standings. Brooklyn and Milwaukee are looking to make a run in the East but Chicago isn’t going away without a fight.

Keeping track of who’s playing well is always important when making your upcoming NBA picks. Be sure to stay up to date each week at Betmaker.

We’ve got a trio of newcomers making the list as they’re getting hot at the right time. Chicago continues to sit atop the Central division standings as one of two Eastern Conference teams with 16 wins. San Antonio and Houston have made recent runs to get back in their respective division races.

The Bulls are winners of three straight, and four of their last five matchups. In that time, the offense has been clicking. Chicago is scoring at a clip of 118 points per game in this recent five-game stretch. The Bulls have notched more than 110 points in each of the four wins.

With the offensive success, the over has hit three times in the last five contests while the Bulls are 4-1 against the spread. Next up is a meeting with Denver on Monday night. Chicago is listed as a 3.5-point favorite at SugarHouse sportsbook.

San Antonio has broken out of a six-game losing skid in a major way. They’ve now won four outings in a row with each coming as NBA betting underdogs. Money line bettors have to be happy with those results.

More impressively, the Spurs are beating good teams in this run. They downed the Warriors as a nine-point underdog last week. They also took down the Celtics, Blazers, and Wizards over that span. Had you placed $100 on each of those wins, you’d be looking at a $790 profit.

Have confidence they’ll keep it going? Next up is a matchup with Phoenix, who didn’t lose a game the entire month of November. The Spurs enter with +245 money line odds at SugarHouse.

Houston… seriously? The same Rockets team that started the year 1-16?

They’ve been able to reverse the narrative over the last two weeks, breaking off a streak of six straight wins. The offense has stepped it up of late, averaging 119 points per game during this run. That includes an incredible 146-point output versus Charlotte in late November.

With the ball going in the hoop at such a high rate, Houston has seen the over hit in five of the last six games. They’ve also covered five of those six contests while winning outright as underdogs four times. Money line bettors ($100u) are up $915 backing the Rockets over that span.

You can’t have hot without cold. The following teams are those you should avoid when placing your next NBA wagers.

The Pacers have dropped four contests in a row to slide to 9-16 on the year. The defense is playing particularly bad during this stretch as they’ve surrendered an average of 111 points a game.

With teams scoring at will on the Pacers’ defensive unit, Indiana is just 1-3 against the spread. While it’s best to avoid the Pacers for now, it may be wise to track a recent trend on the point total.

The over has hit in three of those last four games and a matchup against Washington is up next. SugarHouse has the total set at 211.5. These two teams combined for a 269-point output in their only previous meeting this season.

New York has lost four of their last five outings. The offense is struggling to score, failing to reach the 100-point mark three times in that span. They’ve also had trouble slowing down the opposition, seeing four of those five foes eclipse the 110-point total.

While the Knicks aren’t covering spreads of late, the over is 4-1 in the last five games. A meeting with San Antonio is on deck with the total set at 212 points.

The Thunder are a mainstay in the NBA cellar. They’ve lost eight straight games and 10 of their last 11. More recently, Oklahoma City is 0-4 against the spread their last four times on the floor and they just lost by 73 points to the Grizzlies.

The Thunder has had a few days to rest up for the Pistons tonight. Let’s see if it pays off. Oklahoma City is listed as a three-point underdog at SugarHouse.