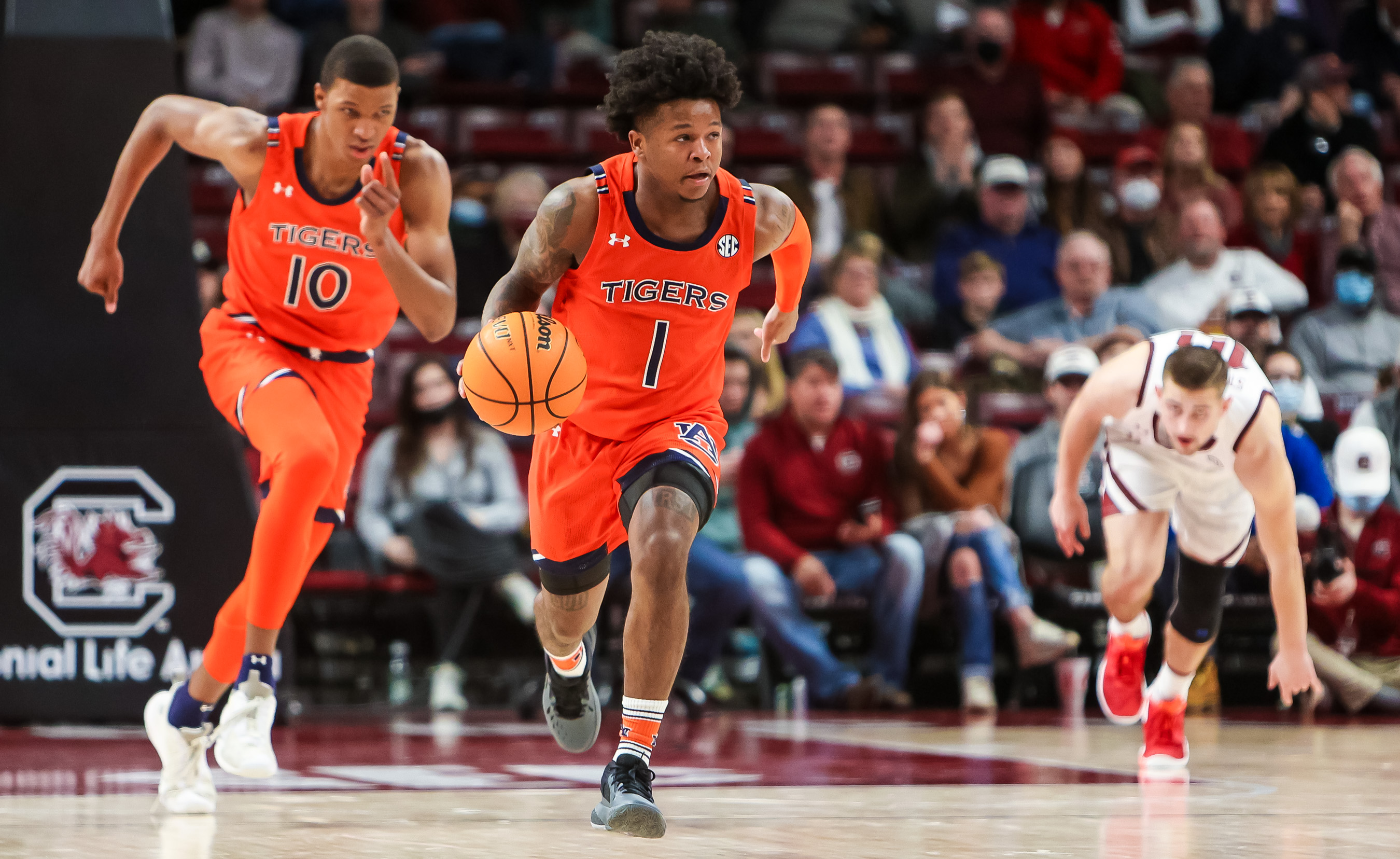 There are no unbeaten teams left in college basketball, and there is plenty of competition for the four No. 1 seeds in this year’s NCAA Tournament. Last year’s title game teams Baylor and Gonzaga are among the top teams in the land once again this season, but blue bloods like Duke, Kansas, and Kentucky are among the primary contenders to win March Madness too. That has led to a lot of parity in this year’s college basketball futures odds.

For the first time in more than two decades, the Auburn Tigers are ranked No. 2 in the AP Poll. Auburn has been arguably the most consistent team in the country this season with a 16-1 record. Their lone loss came in double overtime to Connecticut, and they have won 13 straight games. Jabari Smith has been one of the top players in the SEC, as he leads Auburn with 16.1 PPG while making 43.7% of his threes.

It looked like Jay Wright and Villanova didn’t have it for a while this season. The Wildcats started the year 7-4, and their only big win was against Tennessee. They lost to UCLA and Purdue in November, and they were gutted by Baylor and Creighton over back-to-back weekends in mid-December. However, Wright has steadied the ship with Villanova winning six straight games in Big East play ahead of the Wildcats’ home date with Marquette on Wednesday night. This defense has been exquisite over the last two weeks, holding Creighton to 41 points and Butler to 42 points at home.

Now that the Gonzaga Bulldogs are in WCC play, it’s unlikely they drop more than one or two games the rest of the season. Mark Few is still looking for that elusive national championship, and he has a Wooden Award contender in Drew Timme. The 6’10 forward leads the Bulldogs in scoring this season, and Timme could stuff the stat sheet in the second half of the season against weaker foes.

Although the Baylor Bears have lost two of their last three games going into Saturday’s afternoon tilt with Oklahoma, the defending national champions are still among the overall favorites to win the NCAA Tournament per the college basketball national championship odds. Baylor is currently ranked No. 2 overall in Ken Pomeroy’s ratings despite losing their top three players from last year’s championship winning team. Sophomore L.J. Cryer has been an excellent three-point shooter, knocking down 46.5% of his threes as the second-leading scorer on Baylor, and the Bears are 16-2 despite playing in the toughest conference in the country. They have shown what their defense can do by holding Villanova to 36 points and Michigan State to 58 points in blowout wins.

The legendary Mike Krzyzewski is in his last year as the head coach of Duke. Coach K has led the Blue Devils to five national championships over his four-plus decades in charge in Durham, and he is looking to go out on top. However, the winningest coach in Division I college basketball history has not had a good last couple weeks after a 12-1 start. Duke lost in Cameron Indoor Stadium to Miami by two points on January 8, and they fell on the road to Florida State in overtime on Tuesday night. This team does have one of the best players in the country though in Paolo Banchero. He is considered a surefire top five pick that is averaging 17.9 PPG and 7.4 RPG while hitting 50.5% of his field goals.

There was a lot of buzz about Andy Enfield and USC in Los Angeles after a 13-0 start to the season. The Trojans largely beat up on cupcakes in their non-conference schedule, but they did beat San Diego State by 15 points on Thanksgiving weekend. USC got off to a 3-0 start in Pac 12 play, yet the Trojans have suffered defeat in two of their last three games. They fell to 8-4 Stanford last week, and they have a clear Achilles heel. No team shoots free throws worse than USC as the Trojans are making just 61.3% of their freebies.