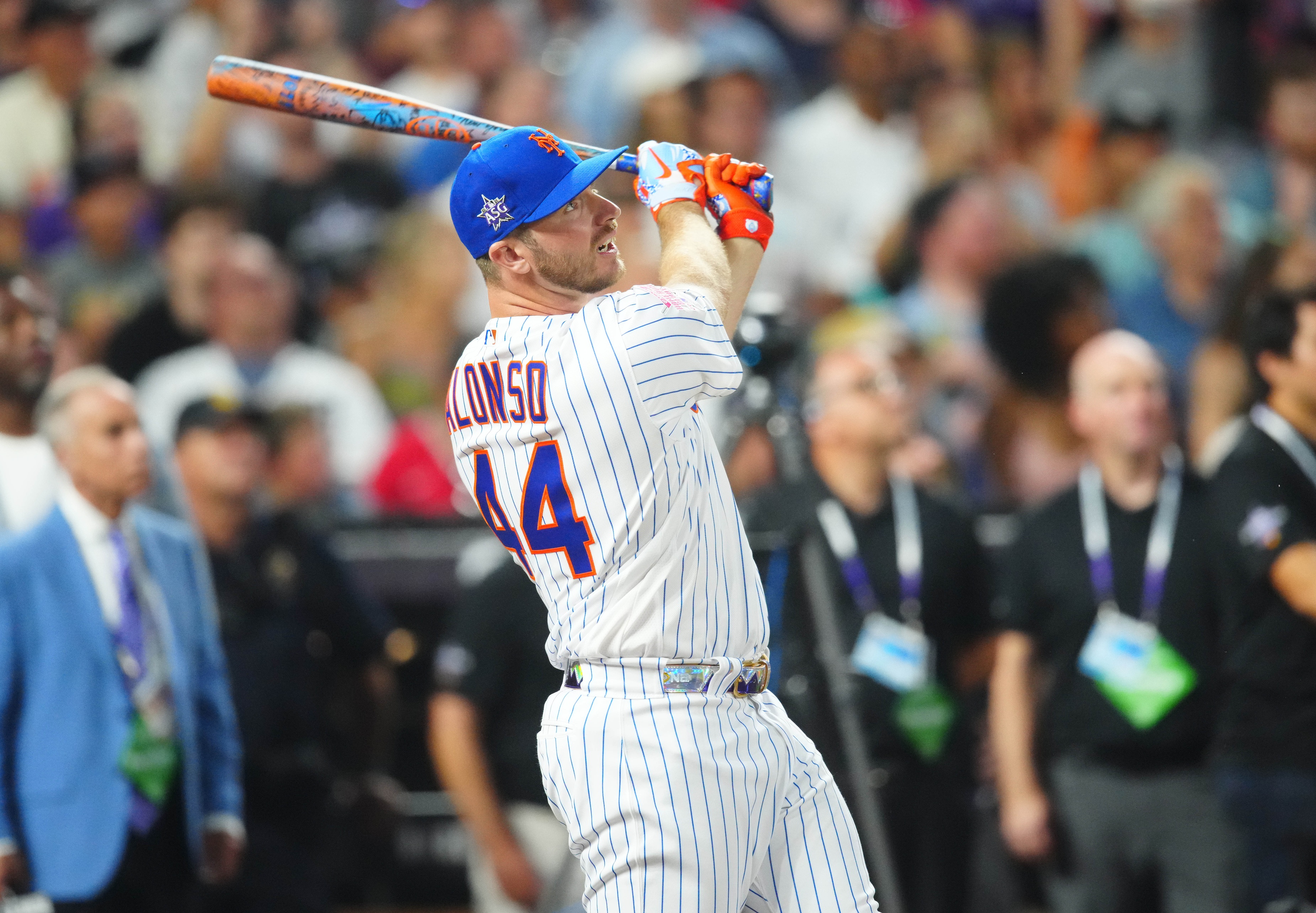 The Home Run Derby field is officially set, giving fans yet another opportunity to wager over the All-Star break. Two-time defending champ Pete Alonso is back to lead the way. He’ll put his title on the line against the likes of Jose Ramirez, Kyle Schwarber, and Ronald Acuna.

Dodger Stadium is typically considered to be a pitcher’s park, but that won’t be the case on Monday night. The lineup of impressive sluggers will entertain as they look to smack as many homers as possible.

The rules to the event are as follows.

Eight players seeded No. 1-8 will be on a running clock as they take their hacks at the dish. There are no longer “outs,” but there are incentives like bonus time and clock stoppages that can be achieved with home runs of a certain distance. Whoever wins each head-to-head matchup advances to the next stage, culminating with the championship round.

Below is the full list of hitters, as well as their odds of winning the event.

All odds courtesy of SugarHouse sportsbook:

BetMaker previews the upcoming event and gives a prediction on the Home Run Derby champion.

The seeds were set based on a total number of home runs in the current season.

Schwarber leads the NL in home runs at 28, landing him the No. 1 overall seed in the Derby. The left-handed slugger has had success in the past, finishing runner-up to Bryce Harper in 2018. That was his lone appearance in the event, but he’ll be looking to take home the title this time around.

Alonso has won each of the last two events, and he tries for the three-peat in 2022. That would match Ken Griffey, Jr. for the most Derby wins in MLB history. The Polar Bear ranks fifth the majors with 24 home runs.

Seager is a bit of a surprise, though he did make the cut for the 2016 event as a rookie. So far this year, he’s smacked 21 home runs in his debut season with the Rangers. The former Dodger will return to his old home ballpark as he hopes for a victory.

Soto appeared in last year’s event, taking down top seeded Shohei Ohtani to advance. He fell short of a title but certainly surprised as the No. 8 seed. This year, he won’t fly under the radar. The lefty has knocked 19 homers with the Nationals this season.

Despite entering with the fifth-most home runs in the event, Ramirez possesses the second-worst odds to win. At +1000, he sits in front of only veteran Albert Pujols. This is his first appearance in the Derby, and the AL MVP candidate will look to buck the naysayers.

A late addition, Rodriguez is shining in his first season in the bigs. The righty has slugged 15 homers in Seattle and will look to become just the third rookie to take home the honors outright. He’ll be an underdog, but Rodriguez definitely has the skillset to make his way to the Finals.

Acuna is one of the most electric players in the MLB. The right-handed youngster brings flash and entertainment with his style of play, and he’s looking for a win in his second Derby appearance. In 2019, Acuna was taken down by Pete Alonso. The two will match up in the first round with Acuna looking for revenge.

Pujols is the veteran of the group and he’ll hope to make some noise in his final MLB season. This will be his fifth appearance in the Derby, most of anyone in the field. He’s creeping closer to the 700-HR mark and he could pull an upset or two to reach the Finals.

Alonso is the two-time defending champ, but we’ll go with the top seed in this year’s event. Look for Kyle Schwarber to make a run and pull out his first Derby championship.

As for a longshot, we’ll take Ronald Acuna, though he’ll have to get through a tough opening matchup against Alonso first.