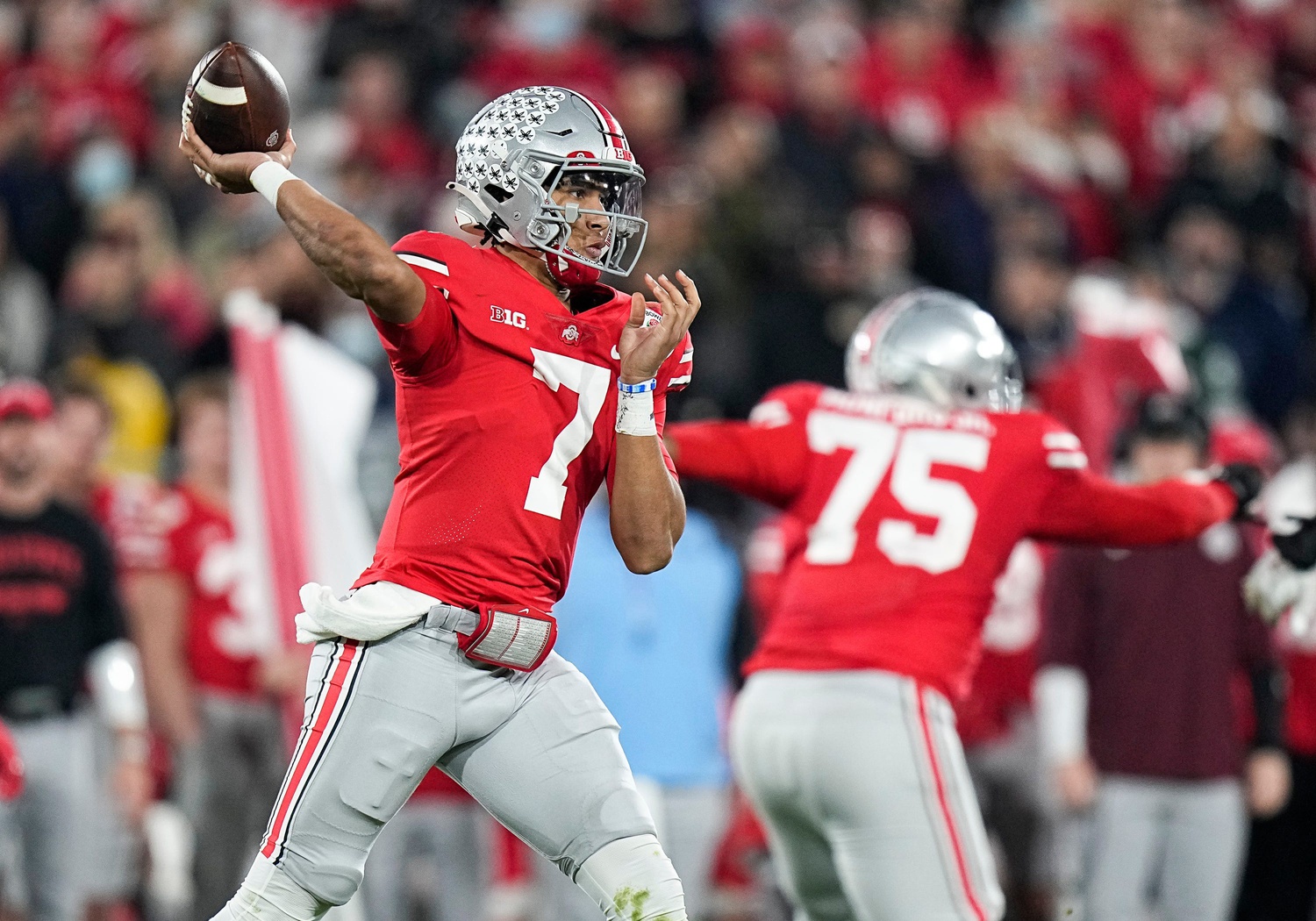 Alabama’s Bryce Young just took home Heisman Trophy bragging rights with a whopping 684 first place votes in his sophomore season as quarterback of the Alabama Crimson Tide. He clocks in with the second shortest odds on the board to go home with the hardware a second straight season. Makes sense considering Nick Saban’s squad is currently the odds-on favorite to win it all at FanDuel Sportsbook - shocker!

Regardless of whether he does or not, the smart money is sure to go the way of a quarterback early on with the position cashing in on the Heisman Trophy futures odds five of the last six seasons. The lone exception was WR DeVonta Smith back in 2020. You have to go all the way back to 2015 to find the last time a running back won the award. That made it only the third time dating back to the turn of the century! With that, let’s get a head start on throwing some money down on this season’s potential winner.

The following are my favorite, underdog, and longshot selections to step up to the podium and make an acceptance speech come December 10.

All other players are listed with odds of +10000 or more.

At one point last season, Stroud was considered to be a lock to win the Heisman. Then the Buckeyes went out and got squashed by Michigan in “The Game” and Ryan Day’s kids ended up missing out on the College Football Playoffs. His first season saw him throw for over 4,400 yards and a 44:6 TD/INT ratio.

Though he’ll be without the services of both Garrett Wilson and Chris Olave, OSU still returns an extremely formidable offense. TreVeyon Henderson and his 1,450+ combined yards still remain in the backfield, while the wide receiver corps is now headed by Rose Bowl standout Jaxon Smith-Njigba. The duo connected for 15 catches, 347 yards, and 3 TD in that crazy loss to Utah!

I don’t foresee the pass catching corps regressing much with the current talent stockpiled, and it also helps that Stroud has one of the best offensive lines in the country opening holes and keeping him upright. Another video game-esque final stat line is in the offing! As such, it makes perfect sense to see Stroud installed the running favorite.

The college football landscape just feels better when “The U” is a player. While that hasn’t been the case in recent seasons with underperforming coaching staffs looking on in Coral Gables, my hope is that Mario Cristobal finds a way to propel this program into the CFP for the first time ever. Miami last won 10+ games back in 2017 with Mark Richt at the helm. It marked the first time since the turn of the century that it occurred.

Since then, the Canes have won 7, 6, 8, and 7 games. They’re currently second in the pecking order to win the ACC this season with a 6-1 rate of return. That payout sits only behind the favored Clemson Tigers. So you’re telling me the “Fightin’ Dabos” are that much better than what Miami offers up for 2022? Did you like what you saw from DJ Uiagalelei last season? I certainly didn’t!

What I did like were the 2,931 yards and 25:6 TD/INT ratio Tyler Van Dyke put forth as a freshman once Manny Diaz rolled the dice four games into the regular season. With Joe Brady now overlooking the offense, here’s to hoping we catch lightning in a bottle and the Hurricanes return to national prominence.

For the lottery dart throw, let’s stray away from the quarterback position and instead dust off my favorite position in the game. I wouldn’t fault you for taking fliers on Wisconsin’s Braelon Allen (+6000), K-State’s Deuce Vaughn (+10000) or Auburn’s Tank Bigsby (+10000), but we’re hunting for bigger game with this selection.

Let’s put the spotlight on Syracuse and zoom in on second-year running back Sean Tucker. The kid is nothing short of a beast after going off for 1,496 rushing yards and 12 TD while adding another 255 yards and a pair of touchdowns catching passes out of the backfield. While the Orange possess the second longest odds on the board to win the ACC (+25000), Tucker is still going to get his. Keep in mind, the kid accrued those stats as a freshman!

He’s now a year older and will have undoubtedly added some muscle. While his 5’10” frame is a concern, the kids a bowling ball that can stop and reverse course on a dime. I love this kid’s grit and know full well his odds of winning the Heisman Trophy will shorten up immediately. With that, let’s not wait to find out and get the best of the number now!