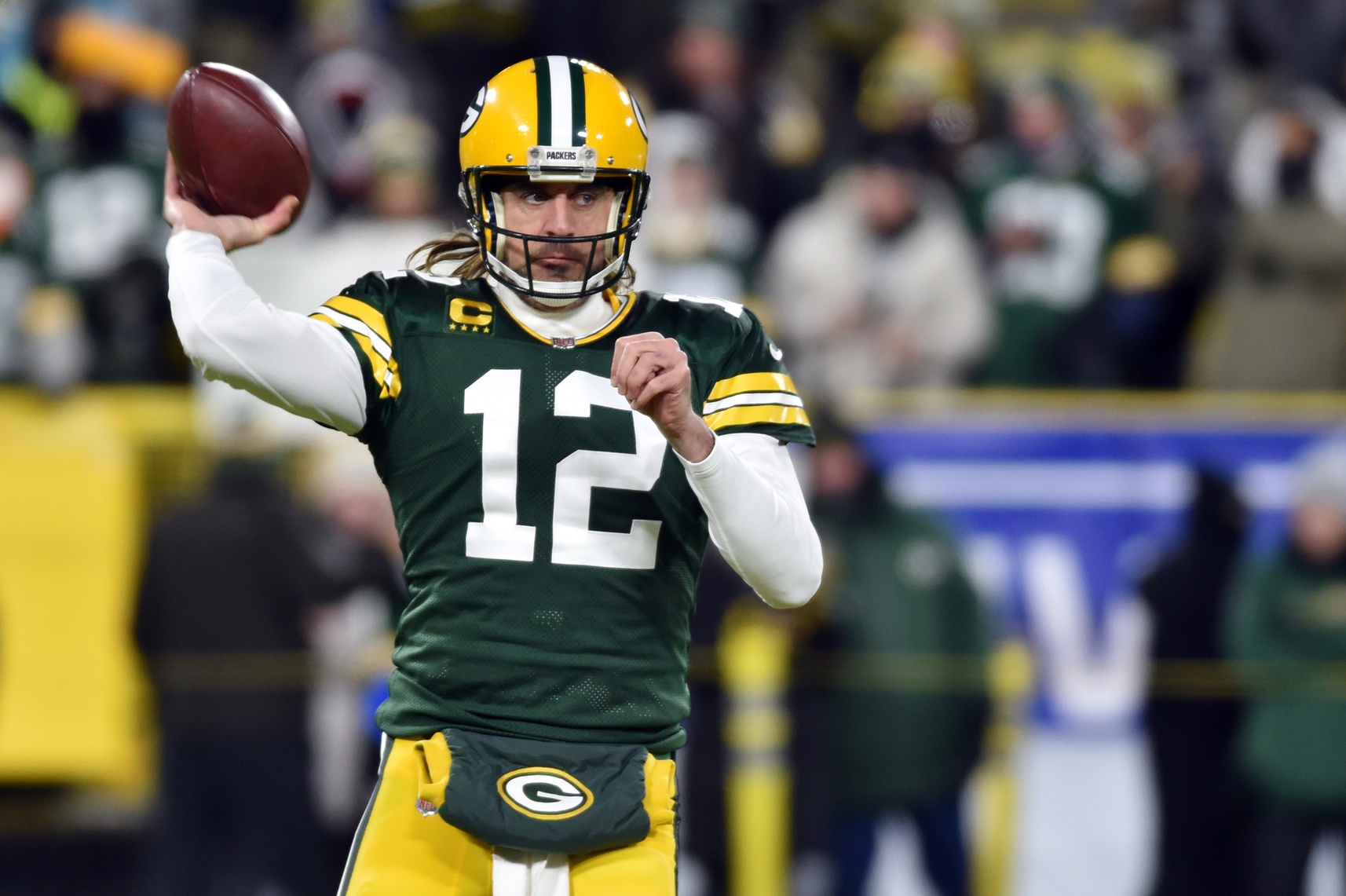 The Green Bay Packers have taken home NFC North bragging rights each of the last three seasons. In doing so, the green and gold toppled their season wins total each and every time. Though playing to a first place schedule for the fourth straight time, Sharp Football Analysis still has it rated out easier than average (No. 15) for the second time in as many seasons. Running up against the league’s 14th easiest schedule a year ago, the Packers went on to win 13 games to run away with the division title before seeing their season surprisingly get cut short in the Division Round. Still, they proved to be a boon to NFL bettors’ bankrolls by covering 12 games against the closing NFL odds. With Aaron Rodgers back under center for the 18th season of his future Hall of Fame career, SugarHouse Sportsbook has Green Bay installed +1000 choices to win SB LVII, +450 to win the NFC, and -182 chalk to continue its divisional dominance. No. 12 will however be without the services of Davante Adams and will hope his retooled offensive line can give him the time to flourish. I have my reservations. While I like how upper management shored up the defense in the NFL Draft, I’m of the belief the Packers are susceptible for the first time in years and don’t think they have it in them to meet another season of lofty expectations.

Fading the Packers to go over their season wins total is a risky proposition. The franchise has secured double-digit win outputs in six of the last eight seasons and has gone for 13 in each of the last three. That being said, there are some major question marks entering 2022-23. A plethora of new faces will be needed to get worked in on both sides of the ball, and it’s extremely tough to lose an uber talent like Adams proved to be throughout his eight-year stay in Green Bay. He played a large role in Rodgers winning the MVP each of the last two seasons, so it’ll be interesting to see just how money the Packers offense can be without his services moving forward.

The Packers have possessed a lethal offensive attack with Rodgers calling the shots. Last year, the unit ranked No. 10 overall in both total and scoring offense. One of the main reasons why was because of its ability to not give up possession of the pigskin. Green Bay ranked No. 3 in the giveaway department only coughing the pigskin up a grand total of 13 times. Only seven came by way of the interception with Rodgers only accounting for five of them. Can we count on that ball security this season? Again, I’m skeptical. While Allan Lazard comes off his best campaign as a pro with 513 receiving yards and 8 TD, is he ready to become the team’s WR1? Randall Cobb’s a dinosaur. Sammy Watkins is only good in Week 1 before the injury bug derails his season. Should the veterans fall by the wayside, are we to believe Christian Watson and Romeo Doubs can help the Packers sustain their non-turnover ways? I think not! Look for the regression monster to terrorize this offense early on. If the offensive line clicks early on, we could be looking at huge efforts put forth by both Aaron Jones and AJ Dillon; provided each stays healthy.

While the schedule as a whole isn’t the toughest when gauging the opposition’s season win totals, the beginning of it could prove to be a bumpy ride if the roster isn’t on the same page. That Week 1 battle in the Twin Cities will be an all-out war with a Vikings squad that ousted the Packers at home last season as short home dogs. Week 2 is a likely win with Rodgers continuing to own the Chicago Bears, but Week 3 and 4 won’t be walks in the park at Tampa Bay then back home against “The Hoodie.” A trip across the pond to battle the Giants is scheduled for Week 5, and the following week is a 1 ET kick back home against the Jets; no bye! Then it’s three straight on the road against the Commanders, Bills, and upstart Lions.

The bye doesn’t come until Week 14, and then it’s the Rams, @Dolphins, Vikings, and Lions to close the season out. Rodgers will undoubtedly will this team to wins like he always has, but I question his ability to do it in his age-39 season without his security blanket in the mix. I’m not nearly as high on this team like I was last year when I cashed a ticket on over 10.5 wins with ease. As such, I’ll his the under and force Mr. Discount Double Check to prove me wrong.