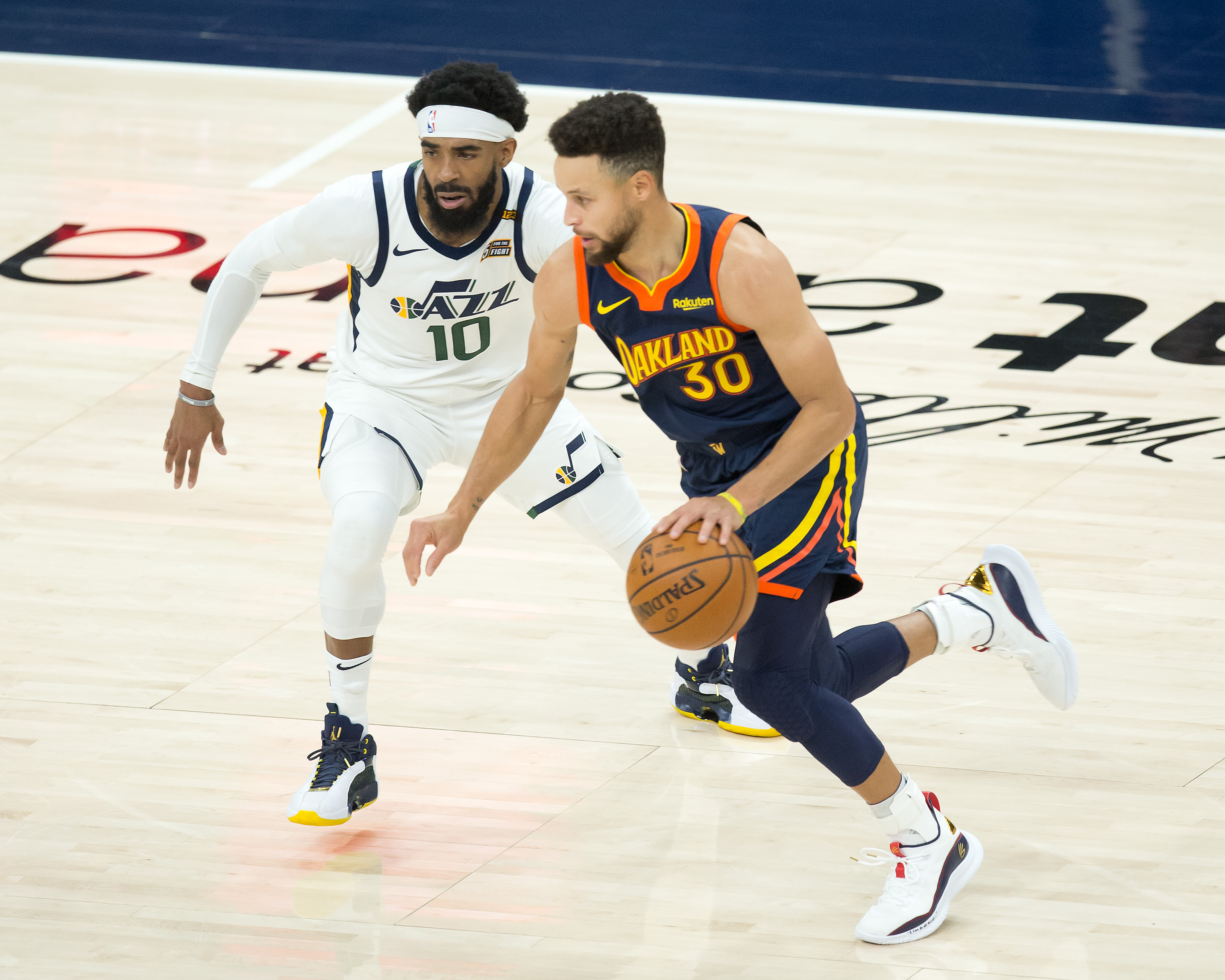 This New Year’s Day matchup pits two of the NBA’s top teams against one another as they battle it out for the No. 1 spot in the Western Conference standings. The Warriors have been the league’s best team through 35 games, posting a 28-7 record.

Utah limped out to an 8-5 start but has since reeled off 19 wins in their last 23 tries to now sit at 25-9. Can they keep that success going against the Warriors’ offensive attack?

Check out our preview and prediction for this high-profile matchup at BetMaker before placing your NBA wagers.

Utah enters this matchup as winners of five straight games. The Jazz could be without leading scorer Donovan Mitchell, who’s missed the last two games sidelined with a lower back injury, but they’ve gone 2-0 in this most recent stretch without him in the lineup.

If he is able to return from absence, it will come just in time. The Jazz will need all the points they can get when facing off against Golden State and their stingy defense. Mitchell averages just over 25 points per game to pace the NBA’s top scoring offense. With him back in the lineup, the Jazz’s chances to pull the upset improve drastically.

Golden State is led by All-Star Steph Curry, who’s leading the Western Conference in scoring at 27.7 points a night. He currently tops the league in three-point shooting and boasts an NBA-best [+110] MVP odds at SugarHouse.

Both of these offenses rank in the top 10 in production, but they’ve been dominant on defense, too. Golden State holds the advantage, as they own the league’s best unit in terms of points allowed per game. Utah ranks seventh in the NBA in that category. This is truly a matchup of basketball powerhouses.

Utah is in the midst of a five-game winning streak in which they’ve tallied five straight 110-point performances. Over that time, the Jazz are averaging 118 points a night. The defense has been lacking a bit, though, leading to an 1-4 mark against the spread. In fact, the Jazz have dropped six of their last seven games against NBA betting lines. They’ll need to shore some things up on that side of the ball if they hope to slow down the Warriors’ offensive attack.

Surprisingly, this will be the first meeting between these two teams this season. The Warriors took two of three games in the set last year, with all three totals reaching the 235-point mark.

We’ll back the Warriors in this New Year’s Day matchup. They’ve been the league’s top team this season and should be able to slow down this Jazz attack, especially if Donovan Mitchell is unable to suit up. Utah is dealing with injuries on top of having to play on back-to-back nights, while Golden State has had a night to rest.

Utah has shown an ability to score, even with Mitchell out of the lineup, but the defense has been struggling to slow down opponents of late. Each of their last eight foes has topped 100 points with three hitting 116 points or more.

Golden State has the ability to score in bunches, topping 110 points in three of the last four outings. We’d expect this spread to remain relatively close, even if Mitchell is unable to play. Back the Warriors to leave with a win in Salt Lake City on Saturday.