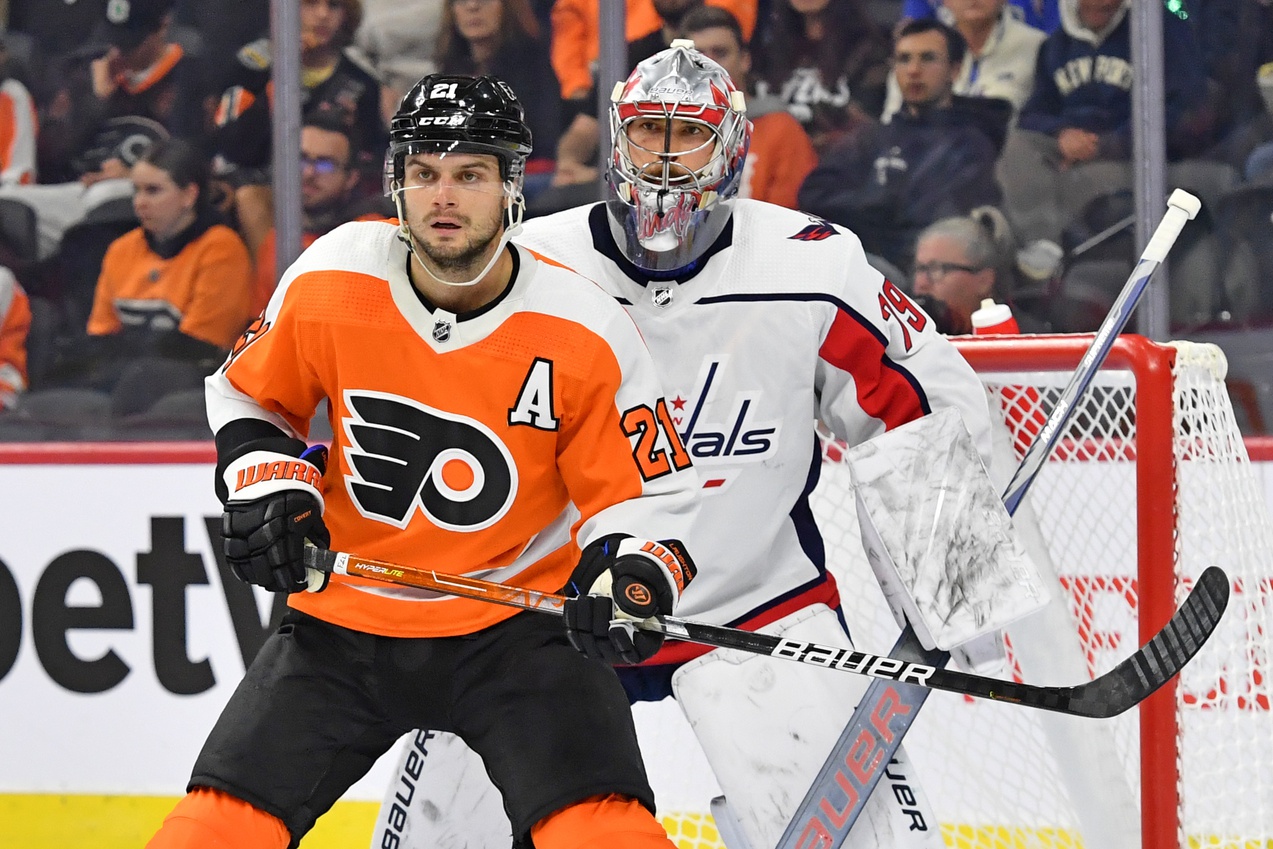 The Philadelphia Flyers visit the Washington Capitals on Wednesday night in a game that can be seen on TNT. Earlier this season the Flyers were one of the best stories in the NHL, as they were playing far better than expected, but reality has set in and Philadelphia has hit the skids and is now near the bottom of the Metropolitan Division standings. The Capitals are not in any better shape, as they haven’t played well of late, losing their last four games. Washington has had plenty of time to think about their last loss, as they were shutout 4-0 at home on Saturday against Colorado. The Flyers hosted the Flames on Monday and then had Tuesday off. The Capitals have beaten the Flyers in seven of the last 10 meetings, with six of the ten going over the total. Let’s look at Flyers vs. Capitals picks.

The Flyers have completely fallen off the rails of late, as they went into Monday’s game against Calgary having lost six straight games. The problem for the Flyers is that they simply have trouble scoring goals, as they are last in the league in goals at 2.5 per contest. They are just 27th in the league in the power play at just under 18 percent. The defense hasn’t been that bad, as the Flyers are giving up 3.1 goals per game which is 13th in the league. They are struggling on the penalty kill at just over 74% which is 27th in the league. Travis Konecny leads the team in points, while goaltender Carter Hart leads the team in wins. Keep an eye on the status of Konecny, as he missed the game against Montreal over the weekend.

The Capitals have won seven of the last 10 meetings but it has been more competitive of late, as the teams have split their last six. The games have been lower scoring of late, with four of the last six going under. This series has seen the road team hold their own, as the teams have split their last ten meetings in Washington, with six of the 10 going over the total.

Do you think TNT would like to choose another matchup for Wednesday night? Almost all of the teams in the league play on Wednesday and yet TNT chose this game. The Flyers were not expected to be any good this season but they got off to a very good start under new head coach John Tortorella and people were thinking that Torts could work miracles. That hot start was a bit of a mirage and reality is now setting in and the Flyers are struggling. The Capitals have been up and down this season but at least they have an excuse for their struggles and that is injuries. Washington has been decimated by injuries this season. They have gotten a few players back but they are still without T.J. Oshie, Tom Wilson, Nick Backstrom and Carl Hagelin. That means Washington is without four key starters who play big minutes. Their absence has started to take a toll and Washington is struggling. The schedule definitely favors the Capitals, as they have had plenty of time to get ready for this game, as they haven’t played since Saturday. I think the Caps will be ready to roll, so I will take Washington and the game under the total.

NHL Pick: Capitals and Under