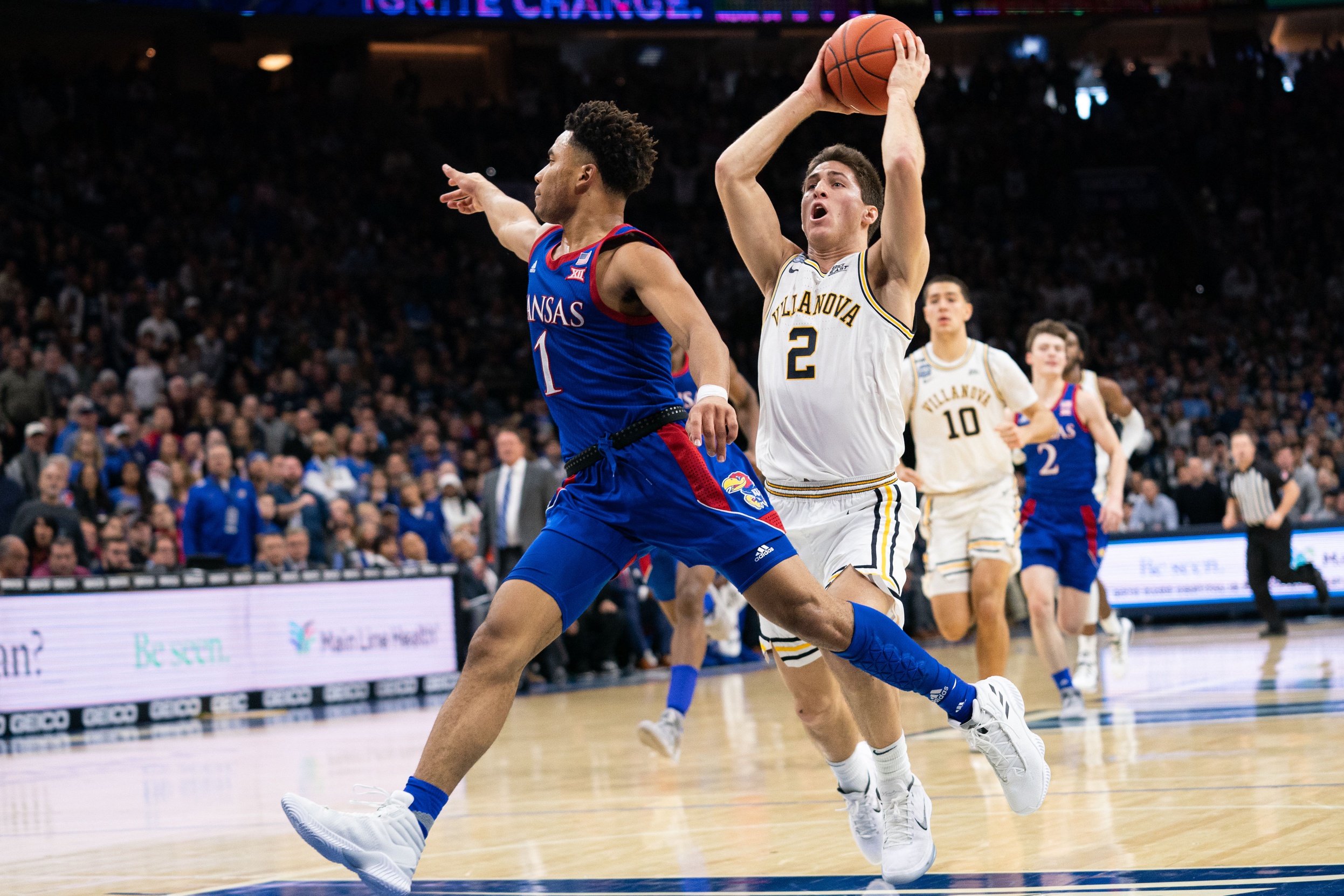 Before the start of the NCAA Tournament, the men’s college basketball odds pegged Gonzaga, Arizona, and Kansas as the three favorites. The oddsmakers proved to be incorrect on the first two teams, but the Jayhawks have lived up to the hype and are the only No. 1 seed left at this point. It hasn’t been easy for Kansas, yet the Jayhawks are favored to make it to the national championship game by the college basketball live odds. Villanova won’t be a pushover though as the Wildcats won the national championship the last two times they made it to the Final Four.

The Kansas Jayhawks will face the Villanova Wildcats in the first Final Four game of the 2022 NCAA Tournament on Saturday, April 2. This game is scheduled to tip off at 6:09 p.m. ET from the Caesars Superdome in New Orleans, Louisiana with TBS broadcasting the action.

Kansas is the highest-rated team left in the NCAA Tournament according to Ken Pomeroy. The Jayhawks won the Big 12 Tournament, but they are the least tested team at this point considering their route to the Final Four. The best team they faced was an overrated Providence squad, and Kansas struggled against the Friars.

It hasn’t been a great NCAA Tournament for Ochai Agbaji. Kansas’ best player led the team with 18.9 PPG while making 47.1% of his field goals and 39.8% of his threes during the regular season. However, he wasn’t good against Texas Southern or Creighton, and he really struggled in the narrow win over Providence. Agbaji finally had a strong performance with 18 points in the Elite Eight win over Miami, and the Jayhawks need more of that from their star.

Christian Braun has stepped up his game at times, and he has been a very efficient perimeter shooter during March Madness. Braun has made 6 of his 11 three-point attempts, and he has finished with at least 12 points in three of Kansas’ four games.

We have also seen David McCormack and Remy Martin play well in spurts. McCormack gives Kansas another big body, while Martin was the leading scorer in the wins over both Creighton and Providence. Jalen Wilson is strong as a defender too, but there isn’t a lot of depth on the roster.

Villanova is the weakest team left in the Final Four. Jay Wright has once again outdone himself by taking the Wildcats deep in the NCAA Tournament, but it’s going to be very difficult for Nova to win this game although they aren’t much of an underdog by the NCAAB betting odds.

The Wildcats lost one of their best players in the final minute of the Elite Eight win over Houston. Justin Moore suffered a torn Achilles’ tendon, and he was an integral part of this team. Moore was the second-leading scorer on the Wildcats, and he was one of the three stars on this team alongside Collin Gillespie and Jermaine Samuels.

Gillespie is the leading scorer on Villanova. He is averaging 15.6 PPG this season, and his 3.3 APG are also the most on the team. Gillespie is the most efficient scorer, but he is also dealing with injury issues. The senior has been dealing with knee and ankle injuries, and its clear that his mobility is a little limited.

That will put a lot of the burden on Samuels this Saturday. Samuels is an undersized forward that can battle effectively down low, averaging 11.1 PPG and 6.5 RPG. He isn’t a great perimeter shooter though, making just 27.6% of his threes, and that makes things easier on opposing defenses. Kansas doesn’t have a lot of quality big men, so Wright and Nova are hoping that he can shine.

Villanova could win this game with a healthy Moore and Gillespie, but this is going to be too tall of a task for the three-time national champions. Wright is probably the best tactical coach in the game and will get the most out of this team, yet the Jayhawks should prevail given their talent advantage.