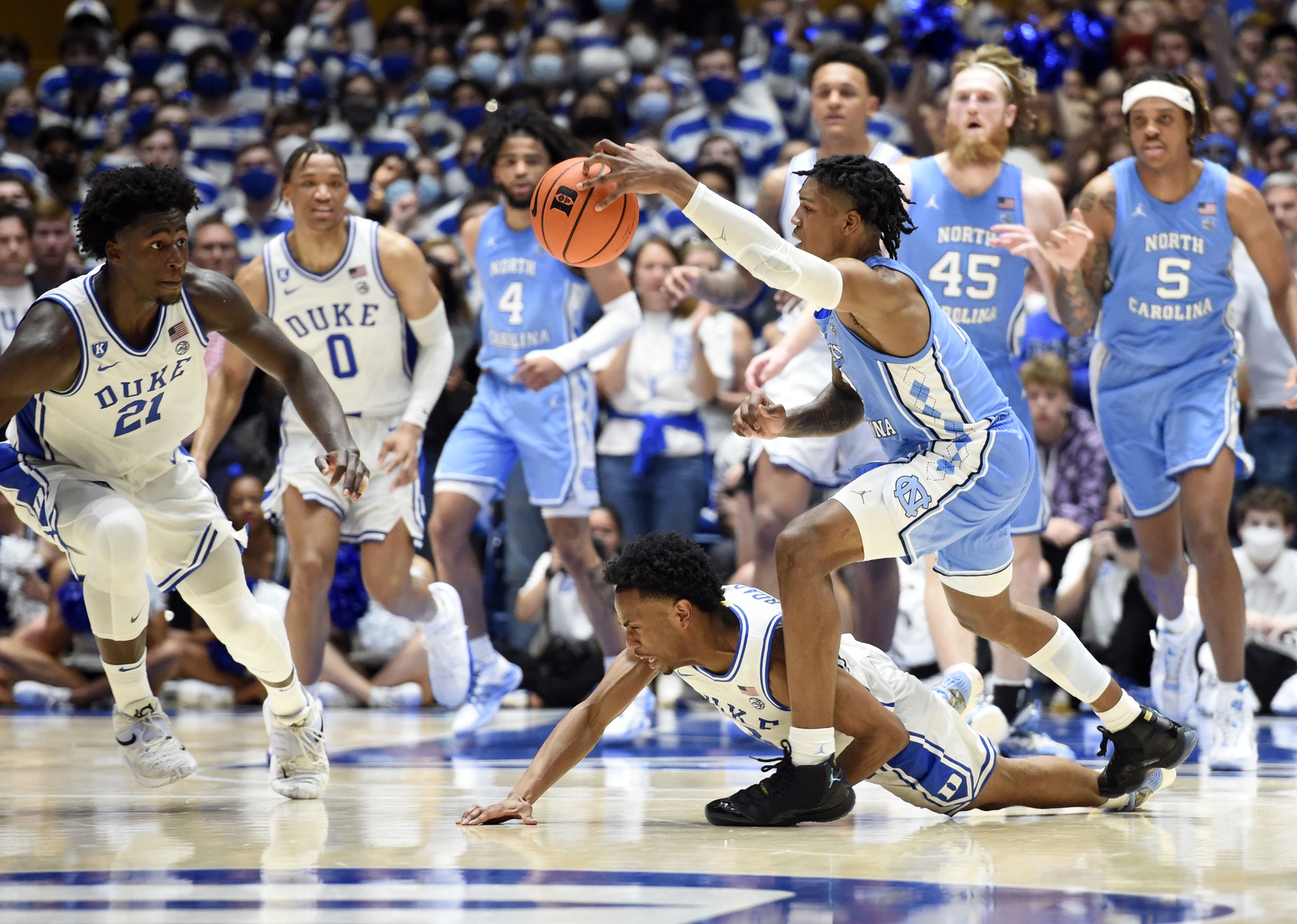 Duke is the overall favorite to win the national title by the college basketball championship odds at SugarHouse Sportsbook. The Blue Devils were seen as one of the next level of favorites at the start of the NCAA Tournament, but they have come on strong during March Madness. However, for longtime coach Mike Krzyzewski to go out on top, the Blue Devils need to beat archrival North Carolina in the Final Four on Saturday night. This will be the most anticipated Final Four game in over a decade.

The Duke Blue Devils will take on the North Carolina Tar Heels in the second Final Four game at 8:49 p.m. ET from Caesars Superdome in New Orleans, Louisiana, on Saturday, April 2. This game will be broadcast on TBS with the winner advancing to the national championship game on Monday night.

Paolo Banchero could be the first overall pick in the 2022 NBA Draft. Banchero has floated at times on defense, but he is a versatile forward that can create his own shot. The 6’10 freshman is the leading scorer (17.1 PPG) and rebounder (7.7 RPG) on the Blue Devils, and he has tallied at least 16 points in every tournament game while his perimeter shooting has been very good.

Wendell Moore Jr. has recorded at least 11 PPG in seven straight games since Duke lost its regular season finale to North Carolina. Moore has done a great job doing all the little things too, and he has been the main glue guy on the roster. He is one of the main three-point threats too, knocking down 41.1% of his threes.

Duke probably has a second lottery pick in freshman A.J. Griffin. He wasn’t great in the regular season, averaging 10.5 PPG and 3.9 RPG in 23.8 MPG, but he has become one of the primary threats during the Blue Devils’ March Madness runs. Additionally, Mark Williams is one of the best defenders in college basketball, and he is averaging 2.9 blocks per game.

North Carolina spoiled Coach K’s last game at Cameron Indoor Stadium. Armando Bacot, Brady Manek, R.J. Davis, and Caleb Love all had at least 20 points for the Tar Heels in a 94-81 win, and UNC will be leaning heavily on its starters once again on Saturday.

Bacot and Manek are the most important players in the game for North Carolina. The two big men play off each other very well and give opposing teams trouble with their inside/outside game.

Bacot is averaging 16.5 PPG and 12.8 RPG, and he has been one of the best rebounders in the nation. He has posted a double-double in six straight games, and he had 20 points and 22 boards against St. Peter’s in the Elite Eight.

Meanwhile, Manek is more comfortable on the perimeter. The Oklahoma transfer knocked down 39.8% of his threes on 231 attempts from distance, and he was instrumental to UNC’s wins over Marquette and Baylor in the first two rounds.

The X-Factor is Love. He has been hot or cold in the tournament so far with great performances against Marquette and UCLA and bad outings against Baylor and St. Peter’s. If the Tar Heels want to pull off the upset, he will need to play well against Duke.

This will be the first time that Duke and North Carolina have met in the NCAA Tournament. The Blue Devils will probably move on to the title game, but this defense has had a hard time against the Tar Heels this season.