Eagles to Win NFC East With or Without Hurts Under Center 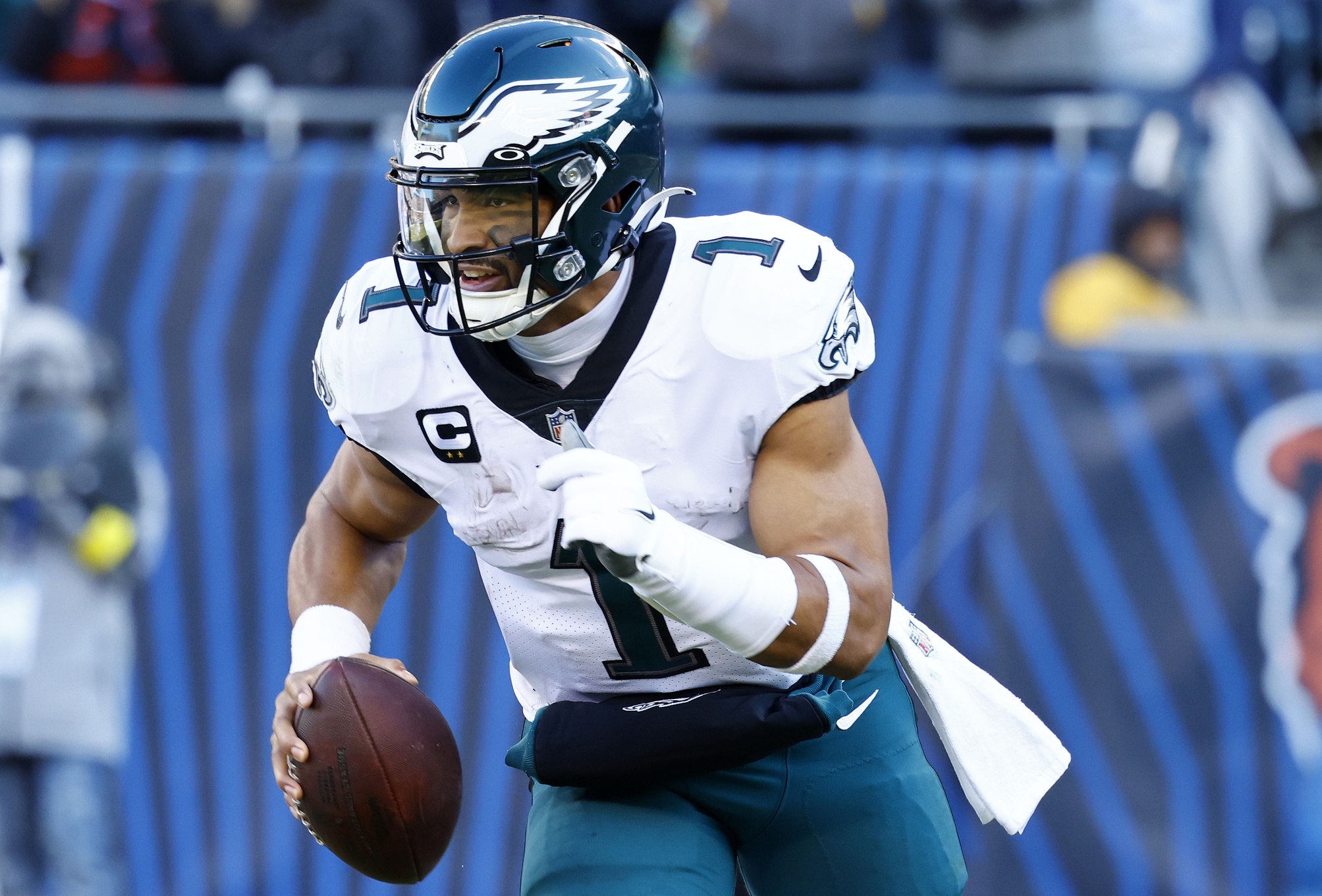 With the New York Giants and Washington Commanders cannibalizing one another and the Dallas Cowboys falling in Jacksonville last Sunday, the Philadelphia Eagles are now installed runaway favorites to take home NFC East bragging rights at BetRivers Sportsbook. But can Nick Sirianni’s troops hold on with Jalen Hurts potentially being held out the remainder of the regular season? Linemakers certainly expect that to be the case with Philly’s odds of winning the NFC East the chalkiest they’ve been to date. Let’s recap our current futures action and see if any of the new offerings require our attention.

The likely absence of Jalen Hurts certainly puts a damper on Sunday’s showdown with the Cowboys in Big D. However, Dallas falling in Duval County made for some wiggle room the Eagles can take advantage of should it go down in defeat. They opened 1.5-point underdogs on the lookahead lines with Hurts expected to be under center, but now clock in at +5. The next two weeks find the Eagles playing host to the Saints and division rival Giants. New Orleans is dust and Philadelphia already owns a dominant 48-22 win over the GMEN.

I wouldn’t look to fade this team right now. I warned of the season coming off the rails a few week’s back due to that semi-scary three game roady at New York, Chicago, and Dallas. They took care of business in the first two to calm my nerves. Hopefully you already have shares of the Eagles in your futures odds portfolio. I backed them before the season kicked off at a short plus-money return and recommended investing when the buy-in was much more palatable than it is now. Sirianni will soon be named the Coach of the Year and his troops will lock down that No. 1 seed. Philly’s just -1250 to land the top seed. It makes more sense to bet that than to win the division due to the lessened liability if you own no shares or have a good chunk of money burning a hole in your pocket.

Just when I started to buy into what Dallas was selling, they go full Mike McCarthy and almost lose to the one-win Houston Texans at home and follow it up with a loss to the Jaguars in a game it held a 21-7 halftime lead. Injuries have derailed the Cowboys plans of making a run at the NFC East crown. It started in the secondary and has spread to the front seven as well as the offensive line. They couldn’t have cropped up at a worse time with the team looking like one that could challenge for the Lombardi Trophy when last reporting a few weeks back.

Even if Dallas goes on to defeat an Eagles team potentially led by back-up QB Gardner Minshew on Saturday, it closes the regular season on the road against the Tennessee Titans and Washington Commanders. Both teams could be fighting for their playoff lives by that point. Having already clinched a playoff berth, it wouldn’t surprise me in the least if the Cowboys rest some of their guys to make sure the roster is at full strength entering the second season. As such, I don’t recommend getting involved in that fat 11-1 return to win the East or the 16-1 return to steal the NFC’s No. 1 seed.

No longer in a position to win the NFC East with their odds no longer on the board at BetRivers, the Giants lone concern now is punching a ticket to the postseason. Brian Daboll’s squad bounced back nicely last week after the Eagles blew their doors off by going into Washington and handing the Commanders a crippling 20-12 defeat on their home turf. In doing so, NY hit the over of its 7.5-game season wins total and is now the sixth seed in the NFC with odds of remaining in the top-seven clocking in at -265. Though two of the final three games will be played away from MetLife Stadium, each is winnable; as is the home finale against the Colts. It’s looking like NFL bettors will get to see Danny Dimes and Saquon Barkley in the second season after all!

All that midseason work just to be put in such a dire position with no thanks to the refs that called last Sunday night’s game in D.C. While the two-point conversion still needed to be converted to send the game to overtime, the garbage penalty on Terry McLaurin that took the touchdown off the board just might prove to be the death blow that prevents the Commanders from reaching the playoffs. “No” is currently the -265 favorite with @San Francisco, Cleveland, and Dallas remaining on the docket. Don’t mind me; I’ll just be sitting here clutching my over 7.5 wins ticket praying the football gods grant Taylor Heinicke and co. at the very least one more win!