Does the Big 12 Title Run Through Manhattan? 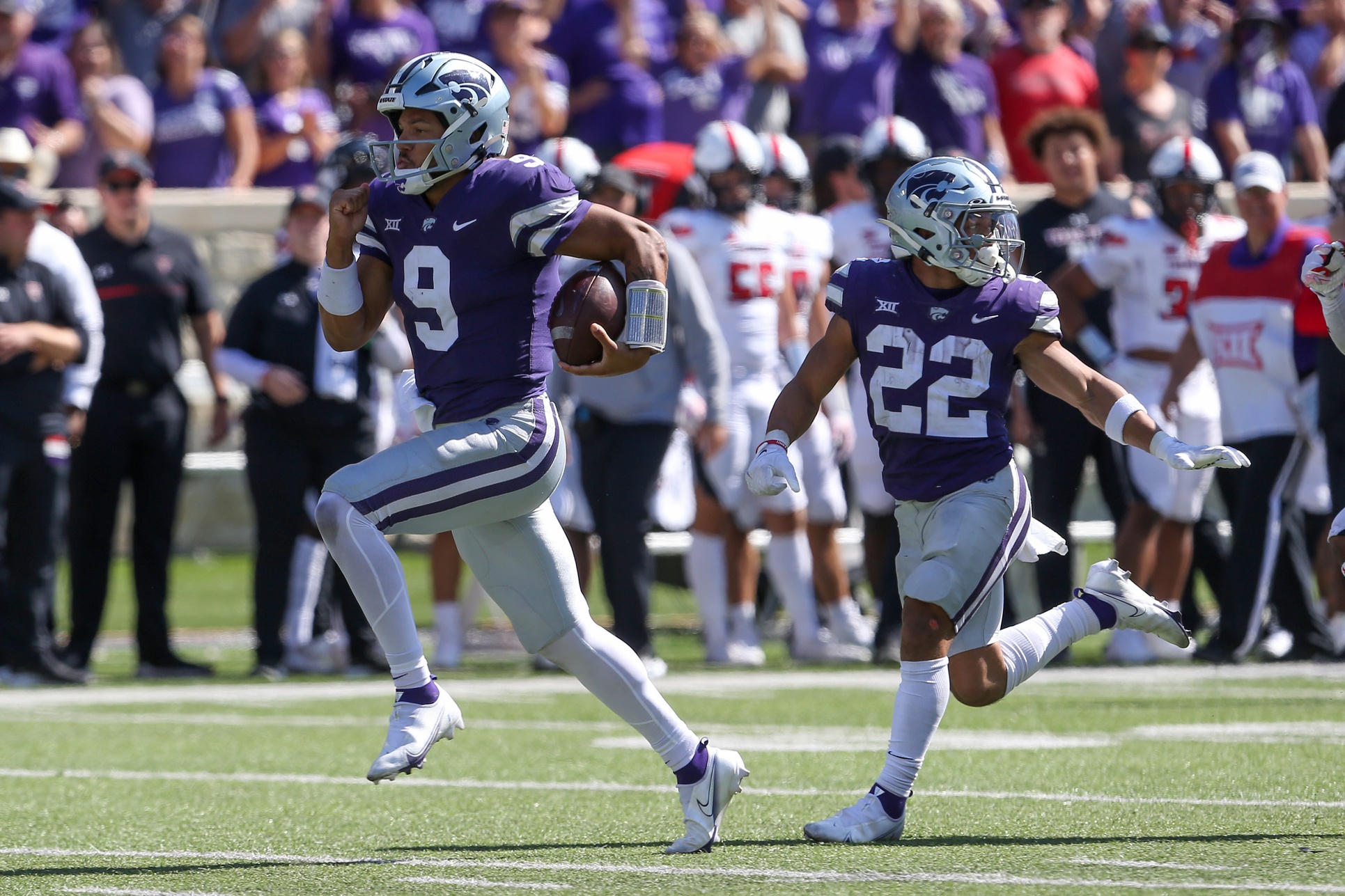 Last we checked in on the Big 12 futures odds at the end of September, the Kansas Jayhawks, Baylor Bears, and Kansas State Wildcats clocked in as the first, second, and third place teams. Oklahoma remained the +350 odds-on favorite to win the conference with Texas and Oklahoma State in their rearview mirror.

The landscape has changed dramatically since with BetRivers Sportsbook anointing the Longhorns running favorites to be the last team standing with TCU, K-State and OK-State also in the running. With it now seemingly a four-team race to the title, it’s once again time to put the current offerings under the microscope and see if there’s any value we should take advantage of heading into the final six weeks of the college football betting season.

Though Steve Sarkisian’s kids dropped a 20-19 decision to Alabama back on September 10, it covered the closing 21-point spread with ease and let it be known it was one of if not the best teams in the conference. It’s 4-1 SU and 3-2 ATS since with the defeat coming in the form of a 37-34 overtime loss at Texas Tech.

If it’s to live up to being installed the running +150 favorite to win this conference, it must take care of business this weekend through November 5 with road clashes set to go against Oklahoma State and Kansas State. Then it’s a huge home clash against TCU followed by a road trip to Lawrence to oppose the feisty Jayhawks before closing the regular season out back home against Baylor.

The opportunity is there for the Horns to win the Big 12, but they’ll have to earn it. A meager +150 return on investment isn’t attractive. I’d hold off to see what transpires in these next two road games first. Should it drop one, their odds would fatten up a bit creating a buy opportunity.

That being said, I still believe TCU has as good a shot as any to bring home the bacon. For it to occur, the offense must continue lighting up the scoreboard with the stop unit continuing to have all kinds of issues defending the pass (No. 103). The remaining schedule looks tough the rest of the way. A win at home over the Wildcats must be tallied this weekend in order to remain in the running.

Don’t look now, but it’s Chris Kleiman’s Wildcats that currently sit atop the Big 12 standings with a 5-1 SU record that includes a perfect 3-0 mark in conference play with wins logged against Oklahoma, Texas Tech and Iowa State. Not bad for a team that entered the regular season lined +1800 underdogs to win the conference for the first time since sharing the title with Oklahoma back in 2012.

It’s placement atop the standings will be severely tested over the next three weeks starting this weekend in Fort Worth where it’s currently a 3.5-point underdog against the Horned Frogs. Then its back-to-back home games against Oklahoma State and Texas. I’m eagerly awaiting to see what Adrian Martinez and Deuce Vaughn have up their sleeves for this stretch. If they survive it, the Wildcats must go to Baylor and West Virginia before closing things out back home against Kansas in the “Sunflower Showdown.” That’s quite the gauntlet!

The Cowpokes are the only team of the top four that has B12 championship game experience after falling to Baylor in last year’s matchup. But will that experience be enough to get Spencer Sanders and Co. back to Arlington for another run at the title? The team just absorbed its first loss of the season in overtime at TCU last Saturday. It coughed up a 24-13 halftime lead in that one and fell by a 43-40 in double overtime by allowing the Horned Frogs to go HAM through the air.

And that’s my big issue with Mike Gundy’s squad this season. The defense is nowhere near as good as it was a season ago with it giving up over 300 passing yards per game (No. 126) while not forcing turnovers with regularity like it once did. The remaining schedule is brutal as well, and it starts this weekend with a home tilt against the Horns. Win that one and its game on. Lose, and it’s likely all she wrote for the Pokes title chances.