Disney Leads Sports Betting News and Notes for the Week 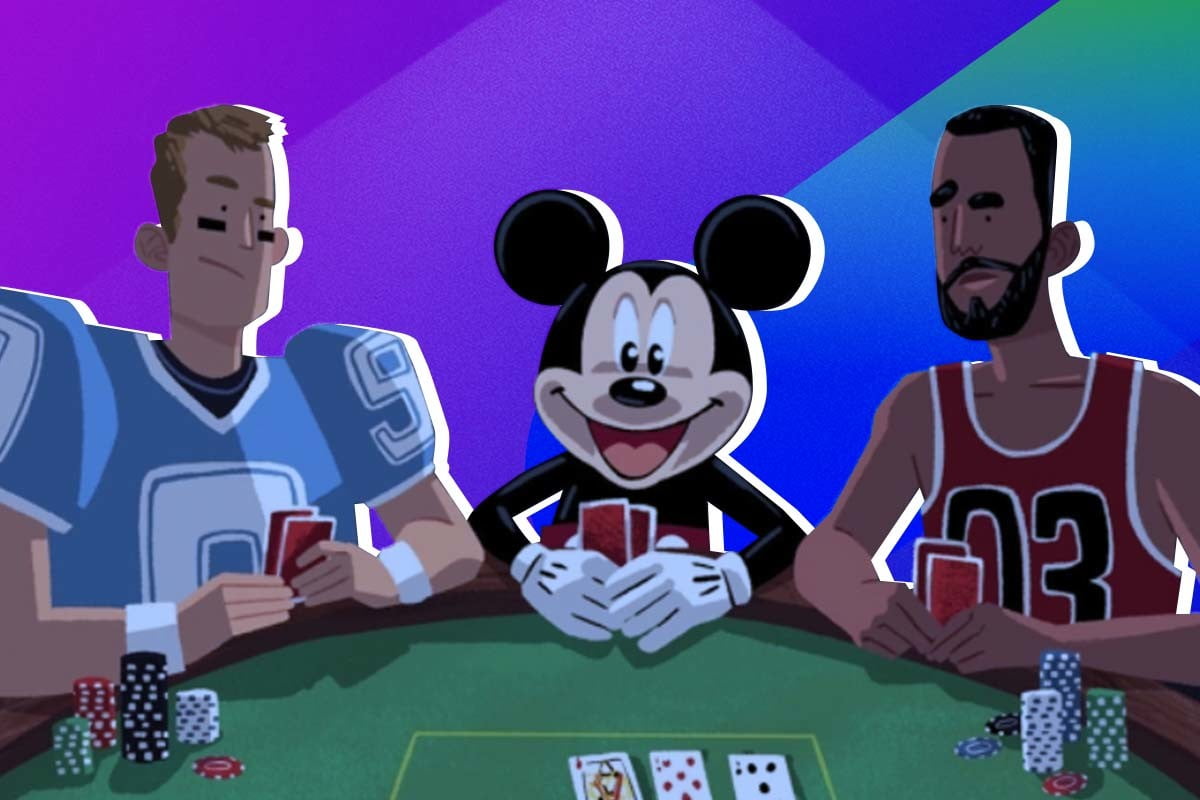 Walt Disney Co. Chief Executive Officer Bob Chapek has stated that ESPN and sports betting opportunities are critical to his overall vision for the company. Chapek has said that he wants more direct connections to consumers, including wagering on sports, as the US legal sports betting landscape continues to evolve. He admitted that this was the main reason Disney has chosen to keep hold of ESPN despite as many as 100 inquiries from interested parties wanting to acquire the brand.

The news is a surprise given the company’s long-standing opposition to gambling. Disney has previously lobbied against all forms of legal gambling in areas nearby any of its resorts. Disney had even gone so far as to block access to its own ESPN brand for visitors in its Disney resorts, informing guests that ESPN was gambling content. This was despite ESPN having no gambling information at that time.

Meanwhile, the company’s cruise line does not have any casinos or gambling machines, unlike most cruise ships. And when Disney acquired FOX, it attempted to pull out of a deal for a FOX-themed park in a Malaysian casino resort.

Although Chapek made it clear that sports betting is an integral part of ESPN’s future, no firm timeline has been given on a launch date for its mobile sports betting app.

The Indiana Gaming Commission has released its latest monthly revenue report revealing that the state’s licensed sportsbooks accepted just over $238 million in wagers throughout August.

The latest figures represent a drop of 14.1% from July’s sports betting handle of $ 206.6 million but well short of the $308.4 million reported in May. This is also the third month in a row that Indiana Sports Betting operators accepted less than $300 million in wagers.

Ameristar Casino was the market leader reporting a sports betting handle of $73.9 million. Of that total figure, just over $71.7 million came through the casino’s online partnership with DraftKings. Meanwhile, the casino’s retail sportsbooks wagers came to $1.5 million.

Blue Chip Casino was Ameristar’s closest competitor as the company reported accepting $69.8 million in wagers. Of that figure, $69.6 million came through the casino’s online partnership with FanDuel.

Hollywood Lawrenceburg continues as the outright market leader in retail sports betting as the casino accepted over $5.4 million in wagers during August. This was almost $4 million more than its nearest retail competitor.

Combined Aggregated Gross Revenue (AGR) for the month came to $25.4 million. This resulted in state taxes of just $2.4 million.

Baseball continues as the most popular sport at Indiana sportsbooks, with $77.5 million wagered on the sport throughout the month.