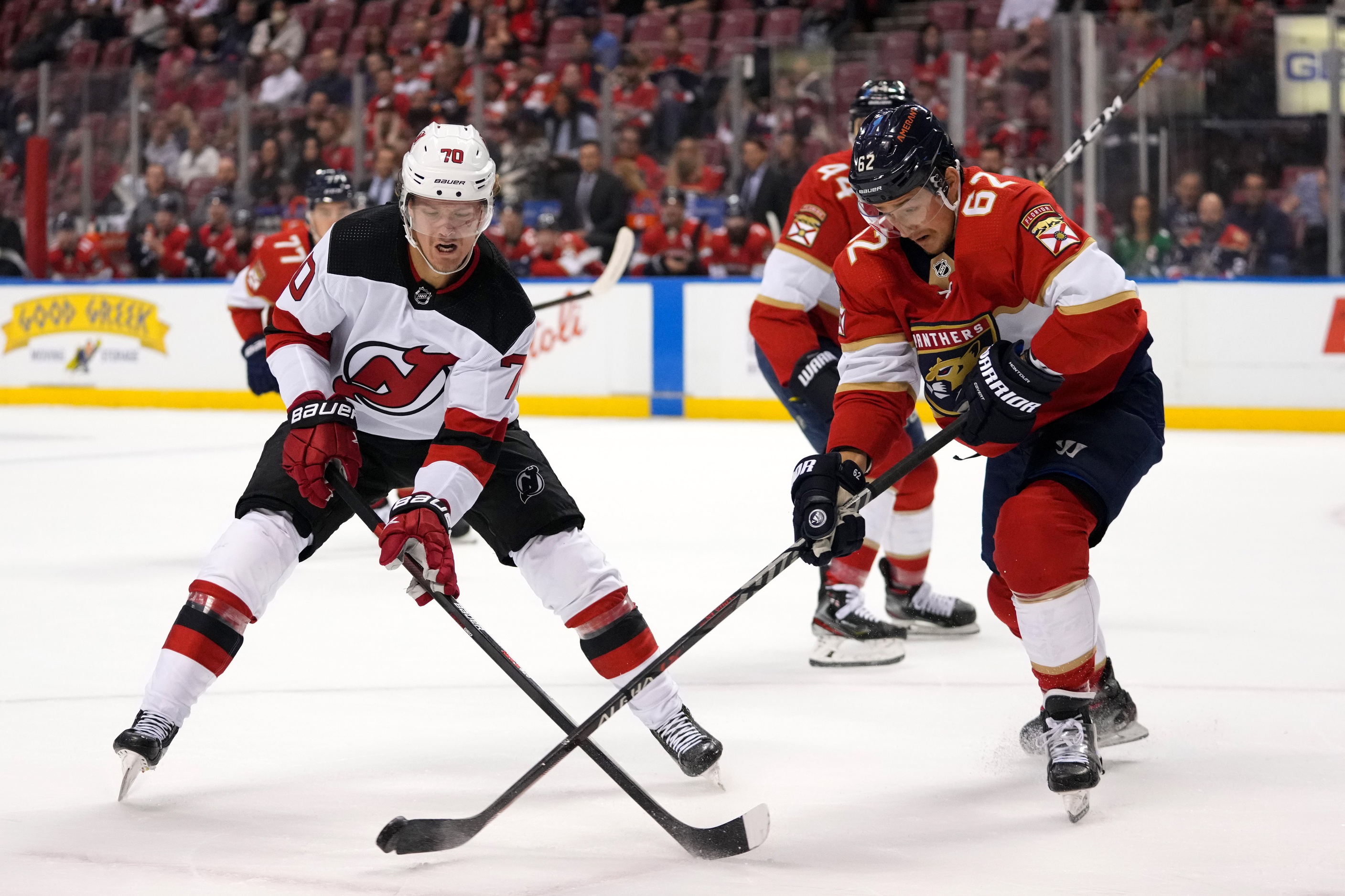 The New Jersey Devils visit the Florida Panthers on Wednesday night in a game that can be seen on TNT. The Devils have hit a major bump in the road after a fantastic start to the season, as they entered this week on a five-game losing streak. They are still leading the Metropolitan Division, but just barely, with Carolina right on their heels. The Panthers have been up and down this season and they currently sit in fourth place in the Atlantic Division. This is not a good spot for New Jersey, as they will be playing the second half of a back-to-back, as they were in Carolina on Tuesday. It is a better situation for Florida, as they were in Boston on Monday and then had Tuesday off. This game on Wednesday is also a rematch of Saturday’s game that Florida won in New Jersey by a score of 4-2. Let’s look at Devils vs. Panthers picks.

The wheels have come off of the Devils, as they had lost five straight games before Tuesday’s game at Carolina. There is still a lot to like about New Jersey and they are going to get things going in the right direction soon, but at the moment they are struggling. New Jersey is still 6th in the NHL in goals per game at 3.5 per contest. They are struggling a bit on the power play at just 20.7%, which is 22nd in the league. The defense has been very good, as the Devils are giving up just 2.4 goals per contest, 2nd in the league. They are 8th in penalty killing at 81.2%. Jack Hughes leads the team in points, while goaltender Vitek Vanecek leads the team in wins with 12.

The Devils have had trouble giving up early goals and it has been tough for them to recover. "We keep spotting teams these goals.” New Jersey defenseman Brendan Smith said to the media, “It seems like a lot of it is us doing it. … I'm still positive that we have it to get to that next level, but right now, it's too hard when you keep spotting teams goals."

The Devils started this week on a five-game losing streak, but New Jersey still does a lot of things right. They have balanced scoring and they play very good defense. They also usually get solid goaltending. I know the Devils are in the second half of a back-to-back on Wednesday, but this is a revenge game for New Jersey, as they were beaten on Saturday at home by the Panthers. I have some serious question marks about Florida, as I have not seen them play that well for much of this season and I think New Jersey is the better team. I will take the Devils to get the road win on Wednesday night.

Check out the latest NHL betting odds at BetRivers