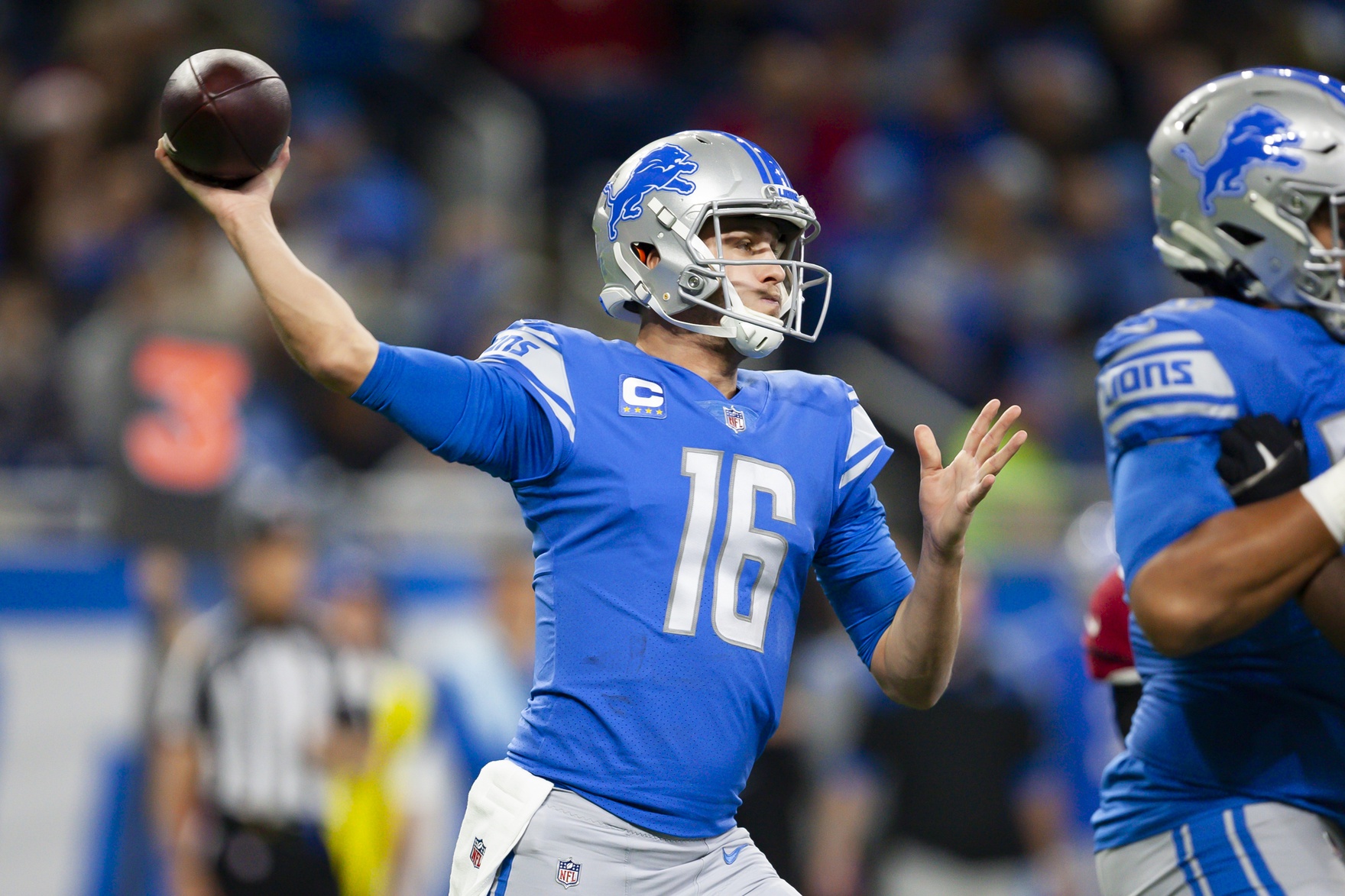 Though the Detroit Lions only managed three wins in Dan Campbell’s inaugural season calling the shots, the team showed drastic improvement over the course of the 2021-22 NFL betting season. It played with heart. It played with grit. While it still ranked amongst the worst in the league in most pertinent stat categories on both sides of the ball, the Lions still went on to cash NFL bettors’ tickets 11 times through 17 tries. They largely defied oddsmaker’s expectations; so much so that DraftKings Sportsbook currently has Detroit’s season wins total two full games higher than it went off the board heading into Week 1 last season.

This is a team to watch! I bet against the Lions eclipsing their win total last season and came out an easy winner. I also backed them on the point spread in a multitude of games. That outright win over the Minnesota Vikings as touchdown home dogs to finally scratch the win column in Week 13 is one I remember most. While there won’t be nearly as much value to play with in the betting markets throughout 2022-23 due to last season’s overachievement, this is still a franchise on the rise and one I think actually qualifies for the playoffs in the not too distant future.

We’ll however take baby steps this upcoming season and look for them to exceed expectations once again.

Detroit is in the midst of a four-season stretch of not surpassing its expected win total. They’ve managed a grand total of 17 wins and at least 10 losses every year dating back to 2018. But of their 13 defeats from a season ago, five came by a single possession. There was also that 16-16 overtime tie against the Pittsburgh Steelers. Sharp Football Analysis currently has their schedule ranking out as the fifth easiest overall when going by opposition win totals.

That’s a far cry from the eighth toughest it was forced to run up against a season ago! This was a very young team last year that was forced to absorb some beatings as well as a number of tough defeats. Those are two solid ingredients towards building a solid foundation. There’s talent on hand in Motown. Let’s see what Campbell and his staff can do with it in year two!

You must be solid in the trenches to achieve success at the NFL level. The Lions went out and drafted Aidan Hutchinson with the No. 2 pick in the NFL Draft to inject a bit of nastiness into the league’s third worst pass rush (30 sacks). Upper management also went out and signed DT Michael Brockers away from the defending champion Rams to improve an ailing run defense (No. 19).

What didn’t need any improvement was an offensive line that enters the year ranked out as the No. 5 offensive line per the folks at FTN Fantasy. The entire unit returns completely intact with Penei Sewell leading the charge. Hopefully they can get more than four starts from C Frank Ragnow. If so, this team is going to put some points on the board with guys like RB D’Andre Swift, TE T.J. Hockenson, and Amon-Ra St. Brown in the mix. The additions of WRs Josh Reynolds and the ultra-athletic DJ Chark bring it all together. And then there’s the draft selection of Jameson Williams who looked all kinds of pissed about falling all the way down to No. 12 and being the fourth receiver taken off the board. If he comes back 100 percent healthy from the knee injury suffered in the title game, there will be no excuses for Jared Goff to muck it all up.

While the Green Bay Packers and Minnesota Vikings are looked upon as the only viable threats to win the NFC North this season going by the current title odds, the Lions aren’t a team to be sold short. They could actually make some noise as soon as this year, so I wouldn’t scoff at anyone that takes a shot at the 10-1 rate of return regardless of it likely being a year too soon. DK is currently offering Detroit going over 2.5 divisional wins at -150 juice.

I think that’s way short! They have it in them to at the very least split against every team, and it would hardly be a shock if it busted the brooms out on the Chicago Bears. The Seahawks, Giants, Jaguars, Jets, and Panthers are on the schedule. Go 3-2 at worst in those games, and all we’d need is one win to eclipse the season wins total. They’ll get one if not three more! With the talent on hand and it now being year two of the new regime with the skin hardened, I got the Lions winning 7-9 matchups so I’ll gladly hit the over and look for the franchise to finally put an end to that under streak.