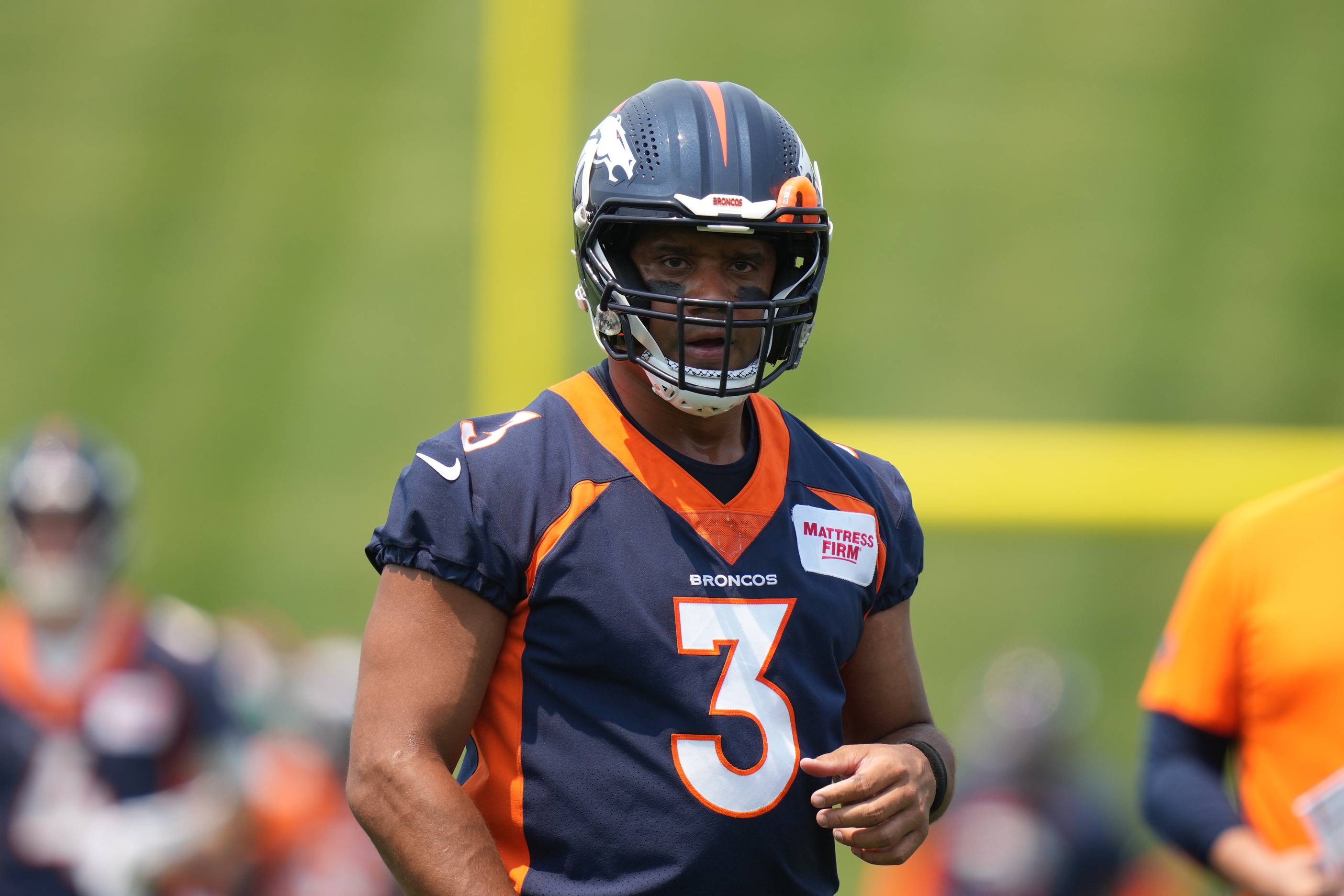 Taking a gander at the odds SugarHouse Sportsbook currently has on the board pertaining to the AFC West, the division is one those booking the bets seem to be heavily bullish on entering the 2022-23 NFL betting season. Of the four teams, three are currently favored to punch a ticket to the postseason, with one of them just so happening to be the new-look Denver Broncos who finally have a quarterback under center that has a legit shot of making things real interesting in the Mile High City.

As I watched Denver trip and stumble all over itself en route to logging a 7-10 SU record that brought up the rear of the standings for the second straight year, I knew darn well that the team was a legit signal caller away from competing for division bragging rights. Well, they got that guy now in the form of Russell Wilson, and a huge year both from a personal and player prop perspective looks to be in order as loaded an offensive roster new head coach Nathaniel Hackett has at his disposal.

If the defense can continue to build off last year’s outputs, we could be looking at Denver becoming another one of those teams that pulls off a worst-to-first run. This is a franchise that hasn’t produced a double-digit win tally since winning Super Bowl 50, yet only Buffalo, Kansas City, and Los Angeles possess shorter odds to win the AFC. Their odds of doing so are shorter than last year’s runner-up in the Cincinnati Bengals! I’m normally not one to buy into situations like this, but I wholeheartedly believe we’re looking at a dark horse Super Bowl contender here so I have no issue banking on Denver winning at least 10 games. I’ll even throw some beer money on the over of the 11.5-game alternate win total for a nice +230 return on investment.

The Broncos have failed to surpass their season wins total in each of the last six years. They logged one push during that stretch, with the highest impost clocking in at 9.5; the year after Peyton Manning led them to a Super Bowl win. Though the schedule strength is expected to be tougher than a season ago, it hasn’t prevented linemakers from posting their first double-digit wins total since 2015. Denver squared off against what was expected to be the ninth easiest schedule strength last year. It ended up being the fourth easiest. Sharp Football Analysis currently has this year’s schedule ranked out as the 16th toughest, with it only partaking in seven true road games, with the eighth taking place across the pond against the Jacksonville Jaguars.

I had enormous expectations for Javonte Williams last season. Of all the rookie running backs, I expected him to be the best of the bunch. Unfortunately, veteran RB Melvin Gordon drank from the Fountain of Youth in the offseason to force the previous coaching staff to give him the same amount of burn as the youngster. I don’t foresee that being the case this time around. Denver’s backfield was a 50/50 split, yet Williams still went on to tally over 1,200 scrimmage yards, with over 900 of them coming on the ground. Entering his age-29 season, there’s no way Gordon demands 50 percent of the workload this season!

As such, I believe Javonte destroys his 945.5-yard rushing prop at SugarHouse and likely benefits from a bout of positive regression in the rushing touchdown category as well with Gordon snaking eight from his last season. Javonte only scored four rushing tuddies and his rushing touchdown prop currently checks in at 7.5 – Slam the over! His ascension in year two of a professional career will take Denver’s offensive attack to new heights, especially with Russ looking to cook with gas right from the outset. The Broncos new QB1 has one heck of a receiving cast to call his own in Courtland Sutton, Jerry Jeudy, Tim Patrick, and TE Albert Okwuegbunam. If Garett Bolles and the offensive line exceed expectations – the unit’s currently ranked No. 16 by PFF - Denver will have more than enough firepower to hang in what looks to be one of the best offensive divisions in the game.

If Denver is to truly compete and become a contender with No. 3 under center, it’s going to need to get out of the gate fast. Of the first eight games, only three opponents are currently favored to make the playoffs. After the week 9 bye, six of its nine opponents are expected to punch a ticket into the second season. From Week 13 on, it’s got @Ravens, Chiefs, Cardinals, @Rams, @Chiefs, and the Chargers to contend with, and that’ll likely have the coaching staff burning the midnight oil for a month and a half. Though I think it’s the Bolts that ultimately find a way to win this division, it would hardly be a shock if it were the Broncos instead. I said last year that this team was only a quarterback away from being a major player. If Russ is fully healed from the finger injury that derailed last season and is ready to cook once again, look out!