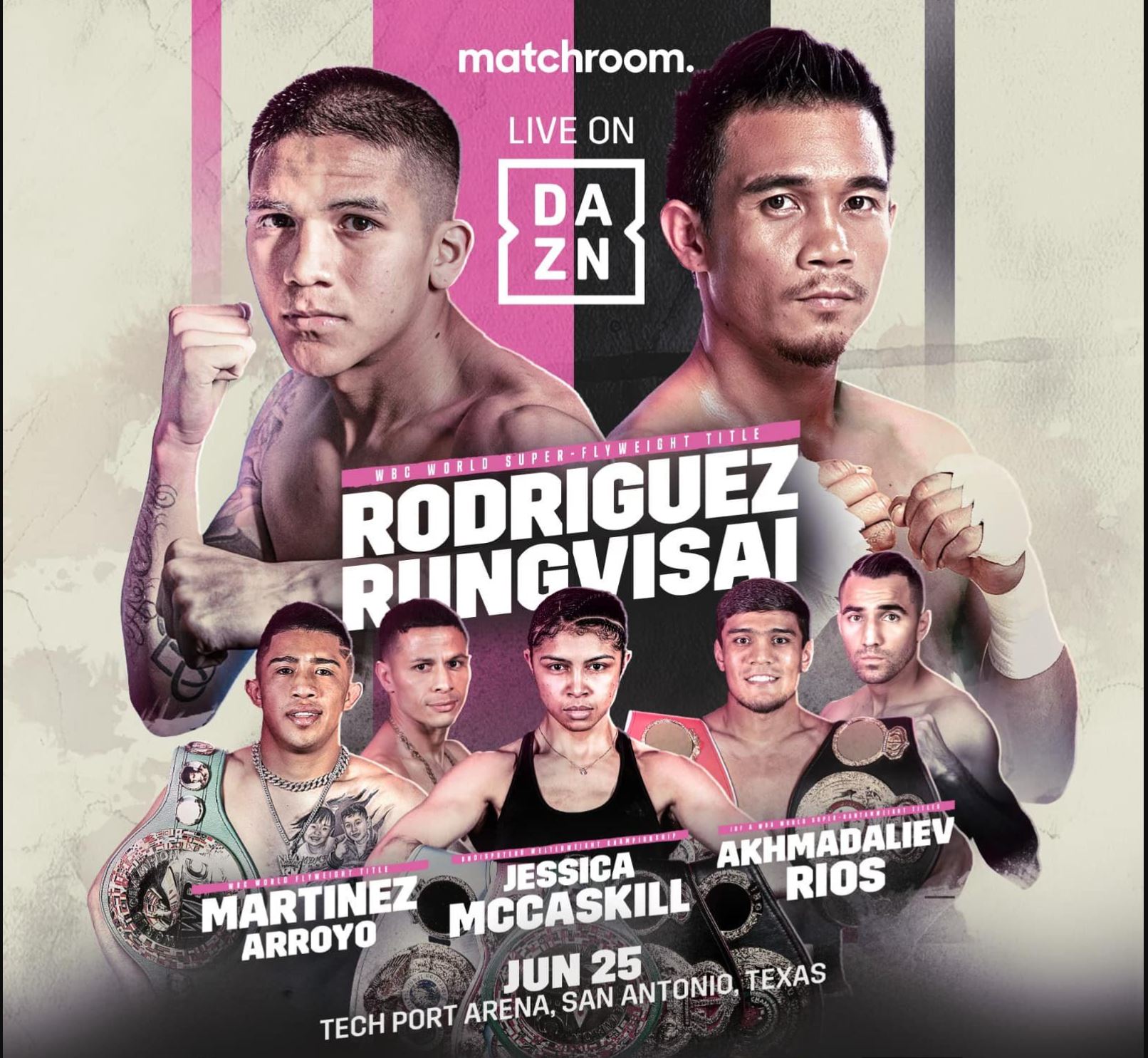 Jesse “Bam” Rodriguez Franco will battle Srisaket Sor Rungvisai AKA “The Rat King” on Saturday night in a Junior Bantamweight matchup. With a secondary belt on the line, it should provide viewers with plenty of entertainment as these two formidable foes face off.

Rodriguez, the WBC Super Featherweight title holder, is the youngest champion in the sport at just 22 years of age. In his relatively new career, he’s posted a perfect 15-0 mark to become one of the most dangerous boxers in his division. Of those 15 wins, 10 have come by way of the knockout.

Rodriguez boasts a powerful punch, and he’s fresh off a victory over former Super Featherweight champ Carlos Cuadras. More impressively, he had just five days notice to prep for the bout. A strong right arm knocked Cuadras to the mat in round three, and he coasted to a unanimous decision to take home the belt.

The southpaw possesses great ring awareness, footwork, and a solid left hook. He also boasts the ability to play sound defense, which could come in handy when facing the power punching Rungvisai on Saturday night.

Speaking of “The Rat King,” the 35-year-old is a seasoned veteran at the Junior Bantamweight level. He’s been a two-time champion, most recently holding the WBC title in 2019. Unfortunately, he lost that belt in a defeat to Juan Francisco Estrada but Rungvisai now finds himself on a three-fight win streak.

His portfolio is much, much larger than that of Rodriguez. Rungvisai boasts an impressive 50-5-1 overall record in 56 career fights as a pro. Of those 50 victories, “The Rat King” has sent 43 of his opponents to the mat with knockout blows.

While Rodriguez made his professional debut in 2017, Rungvisai has been boxing from more than a decade at the Junior Bantamweight division. He’s punched 237 career rounds compared to “Bam’s” 62. That experience could certainly prove useful when looking to take advantage of the young, aggressive Rodriguez in the ring.

Also a southpaw, Rungvisai is hoping that Rodriguez will stay in tight and make this a close proximity punching battle. That knockout ability (76% KO rate) is his top attribute while he’s a bit slower on his feet. Rodriguez could look to move early and often, making “The Rat King” work to make contact. That strategy will wear his opponent down and hopefully keep him away from a powerful left hook.

BetMaker takes a look at this upcoming matchup to give a preview and prediction for Saturday night’s fight.

The youngster Rodriguez enters as the odds-on favorite in this Junior Bantamweight matchup. “Bam” boasts lopsided -450 odds according to DraftKings Sportsbook, and projects to win this Saturday night fight.

Don’t count out Rungvisai, though. While “The Rat King” comes into the bout with +340 odds, he’s a proven commodity that’s been around the block quite a few times as a pro. Rungvisai is 6-2 all-time in title fights, and he’s hoping to add one more prize win to his collection.

Can Rungvisai overcome the odds and take down the young Rodriguez, or will the rising star prove victorious to hold on to his newly earned title?

While Rungvisai enters with much more experience and true knockout ability, we’re going to take the favorite to win out on Saturday night. Rodriguez has proven himself to be a quality threat at the Junior Bantamweight level, quickly escalating up the ranks to become the youngest champion in the sport.

His ability to move around the ring and play solid defense should keep Rungvisai at bay, helping “Bam” to avoid a vicious knockout blow. It should also work to tire out his opponent so he can look for an opportune time to strike in the later rounds.

Though the price is a bit high, we’ll take Rodriguez to leave with a win.