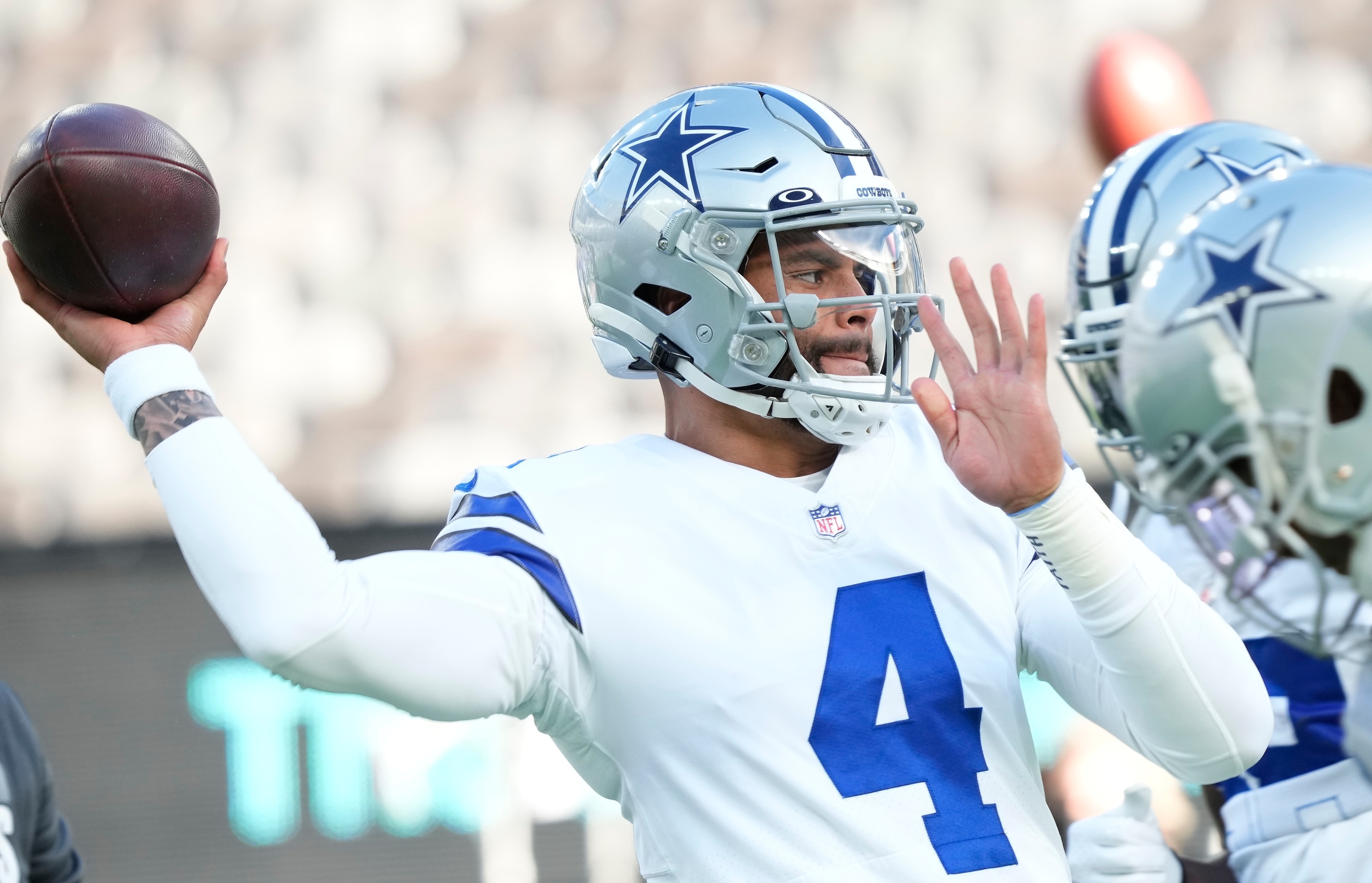 The Dallas Cowboys put forth a much better semblance of themselves in year two of the Mike McCarthy era. Still, its 12-5 SU and 13-4 ATS records resulted in more of the same after Big D got bounced at home by the San Francisco 49ers in the wild-card round of the playoffs. A pity really with the league’s No. 1 ranked offense and much improved defense unable to make any noise when it mattered most. OC Kellen Moore and DC Dan Quinn are back to navigate the ship along with McCarthy who overlooks the +130 favorite to win the NFC East at DraftKings Sportsbook. The NFC East hasn’t seen a repeat winner since the Philadelphia Eagles rattled off four straight division titles from 2001-2004. That being said, only the 49ers, Rams, Packers, and Buccaneers possess shorter odds to win the NFC than that of the Cowboys (+850).

This team is expected to put forth another double-digit win tally by oddsmakers and gets the benefit of running up against what’s largely considered one of the easier schedules. All that being said, I’m just not sold on what Big D brings to the table enough to believe it ultimately takes home bragging rights against a division that could be the most improved in the league. As such, that near 2-1 return on Dallas not qualifying for the playoffs piques my interest!

The Cowboys locked horns with what was considered to be the seventh easiest schedule when taking opponent season win totals into account. Their reward for winning the division and finishing with the second best record in the NFC is a schedule strength ranked No. 10 overall per Sharp Football Analysis. Where’s the justice in that? Much of it has to do with Philly being the only other team in the division expected to churn out a winning record. However, I got the Giants and Commanders being vastly improved in 2022-23. The Cowboys win total clocked in at nine with heavier juice on the over a season ago. It’s now a full game higher and even 1.5-games higher at other shops with loftier juice riding the under. Dating back to 1996, the Cowboys have failed to exceed their season wins total the five times it closed 10 or 10.5 - Dallas largely fails when the bar is raised!

If there’s one thing the Cowboys know how to do with Dak Prescott under center, its sling the pigskin all over the ball yard. Dallas’s QB1 just tied a career-high in pass attempts with 596 and went on to complete those passes at a near 69 percent clip for over 4,400 yards and a 37:10 TD/INT ratio. No team averaged more yards (407.0) or scored more points (31.2) per game than that of Big D. It also ran a balanced attack with the pass ranked No. 3 overall and the run No. 10. The latter had much to do with getting other players involved in the running game with Ezekiel Elliott going for just over 1,000 rushing yards while partaking in all 17 games. For reference sake, Tony Pollard rushed for 719 yards on 107 fewer carries! The cohesiveness of the offense could take a hit with both La’el Collins and Connor Williams bolting for greener pastures, but Tyron Smith is back along with Tyler Biadasz, and Terrence Steele.

The team is also giddy about first round draft pick OT Tyler Smith who is expected to be a hog for the Cowboys for many years to come. But what happens when Smith succumbs to injury like he has each of the last six seasons? Are you sold on CeeDee Lamb morphing into a WR1 with Amare Cooper no longer on the roster? Much would have to go right for this unit to live up to last year’s outputs.

What else can one say about the job Micah Parsons did in his rookie campaign? The kid was nothing short of a game changer that helped catapult the Cowboys stop unit up the defensive rankings a year removed from ranking No. 23 overall and No. 28 in points allowed. Along with only giving up just over 21 points per game (No. 7), no team tallied more takeaways than that of Big D. Much of that had to do with Trevon Diggs’s bust out campaign that saw him reel in 11 interceptions. Parsons’ 13 sacks helped the defense accrue 10 more than the prior year (41). To hopefully make his job a bit easier, upper management went out and selected EDGE Sam Williams with their round two pick. With the additions made in free agency as well as the draft, Dallas is expected to take another step forward in its quest towards getting back to the Super Bowl for the first time since the 90’s.

I’m selling that noise! Expectations are at a fever pitch evidenced by five nationally televised matchups. If ever there was a franchise that seemingly always lays an egg when the pressure’s turned up, it’s the Cowboys. Sorry Jerry, but another disappointing year awaits - shop around and find plus-money on the low side of this impost; it’s out there!