Cowboys Closer in Eagles Rearview Mirror than they Appear 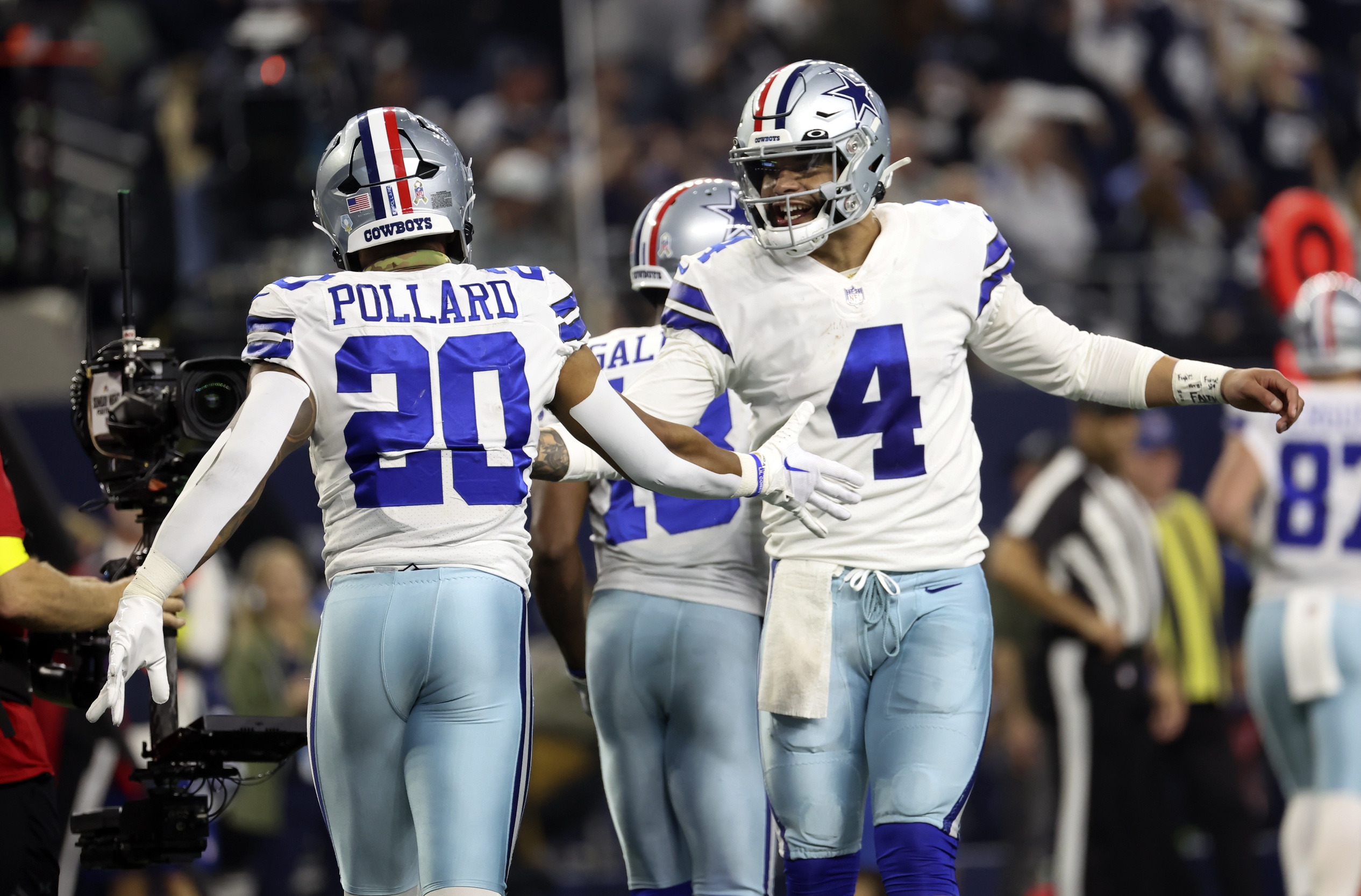 All four teams that comprise the NFC East currently have a say in how the conference playoff bracket shapes up come the middle of January. By far the most competitive of the four NFC divisions, it’s certainly within the realm of possibility that this division jettisons a rep into Super Bowl LVII. I’m still undecided on whether it’s because of the strength of the division as a whole, or the NFC simply just being that weak. Regardless, let’s dig into the futures odds at BetRivers Sportsbook and see if any value is there for the taking heading into Week 14!

Since dropping three straight for NFL bettors to kick off the month of November, Nick Sirianni’s troops have rattled off three straight wins and back-to-back point spread covers against the Green Bay Packers and Tennessee Titans. Not the greatest barometer of greatness, but you can only play what the schedule dictates. That being said, there is a path for Jalen Hurts and co. spitting the bit with a nasty three-game road trip planned at the Giants, Bears, and Cowboys through the end of December. Should it stumble versus either of the first two opponents, all hell can and will break loose should it be unable to sweep the season rivalry from the Cowboys in Big D.

Linemakers at BetRivers give Philly a near 82 percent implied probability of winning this division with its current -455 odds. I’m not sold regardless of the Eagles not only winning but also covering their two most recent games. Remember, the Packers gave them a run for their money and the paper champion Titans were in it through a half. I have a plus-money ticket on the Eagles winning the East in my possession, but I’ll be damned counting those chickens before they hatch.

I recommended buying shares of the Cowboys following Week 6 when it dropped a 26-17 decision to the Eagles. Mike McCarthy’s squad showed me that it could hang with the Eagles even with Cooper Rush navigating the offense. Fast forward seven weeks, and I’m now even more sold on the Cowboys having a say in who ultimately wins this division knowing full well Dak Prescott and co. have a huge date with Philly in front of the hometown faithful upcoming. Possibly all that stands in their way of making it a reality is a home game against the Texans and a road game at the Jaguars. Pass those tests and it’ll be game on!

With electric playmakers like CeeDee Lamb and Tony Pollard spearheading the offense, and soon to be Defensive Player of the Year Micah Parsons calling the shots for Dan Quinn’s no-nonsense defense, the Cowboys look to have all the pieces in place to not only win this division but the big game as well. I’d certainly make it a point to add Cowboys futures to the portfolio to win the NFC East (+350), NFC (+275), and LVII (+700) if you haven’t already.

I’m honestly worried I might not even cash the over of the Giants 7.5-game wins total ticket I purchased before the season kicked off with the way Saquon Barkley and co. have been playing paired with the schedule that lies ahead. They got the Eagles at home this week and then got back-to-back road games at Washington and Minnesota.

The Week 17 home clash against Indianapolis could be my best shot with a road trip to Philadelphia set for the season concluder. That makes the under of their adjusted 8.5 game in-season wins total slightly attractive considering the +118 juice currently attached to it!

The Commanders have nobody to blame but themselves for being unable to see an early 10-0 lead all the way to a win last Sunday in the Giants home digs. Washington dominated that game on paper outgaining New York 411-316 while holding a 12+ minute advantage in the time of possession battle.

While Ron Rivera’s squad likely has no shot of winning this division any longer, it still might be able to make some noise in the playoffs should it earn a bid. It currently sits on the outside looking in, but it’s odds to qualify currently clock in at -159 and that’s a bet in my book. So too is the over of their 8.5 adjusted wins total with three of their final four games to be played in the comforts of FedExField.