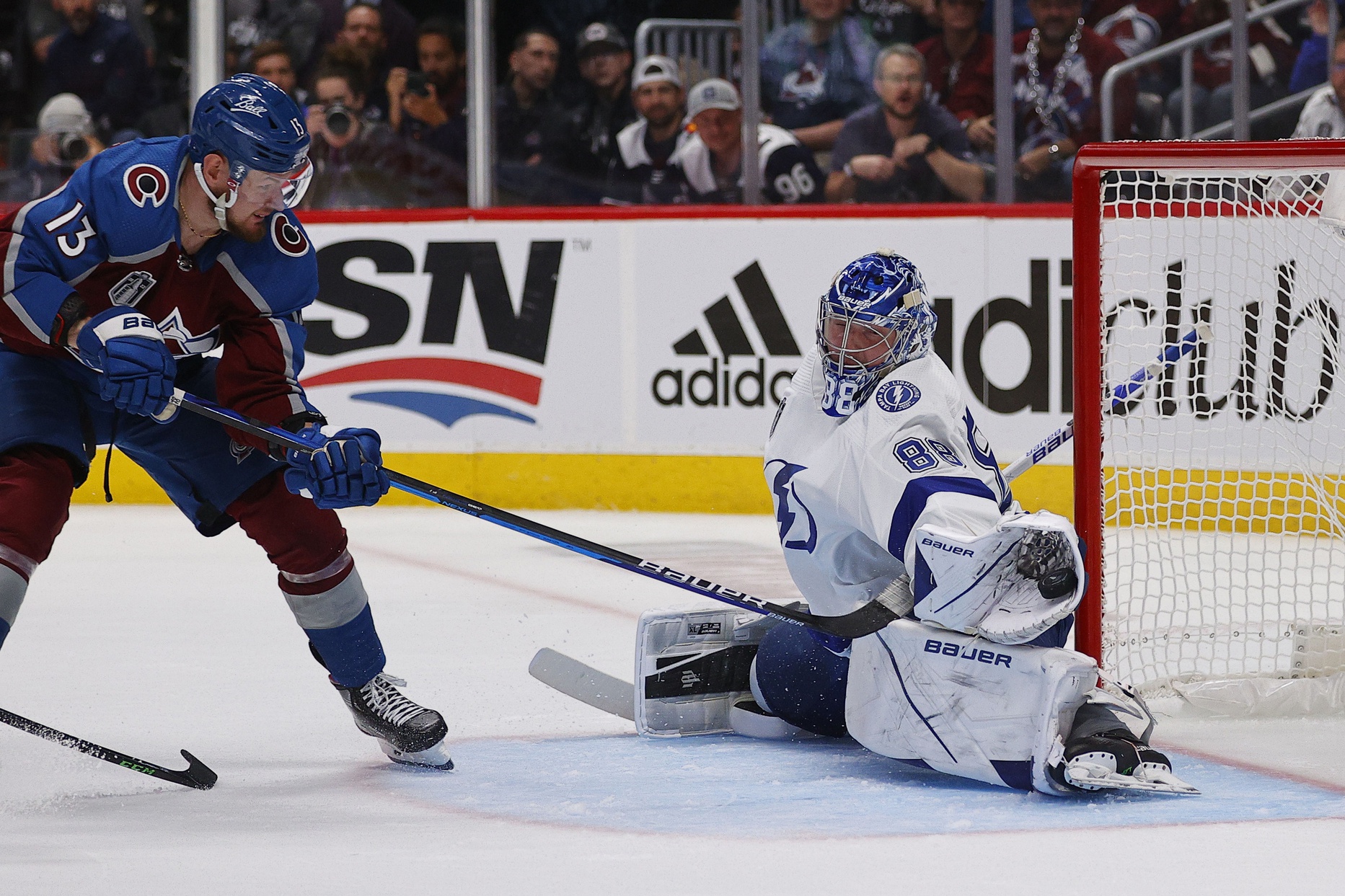 The Tampa Bay Lightning showed the heart of a champion getting back into the series with a decisive 6-2 win in Game 3 of the Stanley Cup Final. As bad as they looked in their 7-0 Game 2 setback, the Lightning can even the series with the Colorado Avalanche by winning Game 4 on Wednesday. If any team knows how hard it is to win the Stanley Cup it’s the Lightning, and they weren’t fazed after suffering one of the worst losses in Finals history on Saturday. Colorado has been a top NHL betting pick all season with Monday’s loss only their third this postseason and 22nd in all games. Returning home for the series put Tampa back as the favorite on the NHL betting line at Sugarhouse sportsbook.

You don’t win back-to-back Stanley Cups by folding after one bad loss. Granted the 7-0 shellacking in Game 2 was bad, but the Lightning put it in perspective saying they lost the game and not the series. And they backed that up with a strong all-around game on Monday night. Now the questions will inevitably come up around the Avalanche and their inexperience in the Finals. Everything is peachy when you win, and Colorado has done a lot of that as an NHL best pick going 13-3 in the playoffs.

Just like Tampa did in Game 3, the Avalanche must respond with a big game. History is on their side with teams that won the first two games winning the Stanley Cup 90 percent of the time. But what’s more alarming is that Colorado knew they were going to get Tampa’s best effort and they just didn’t match the intensity. I guess it’s common to let out a big sigh after winning the first two but this is the Stanley Cup Finals and there really is no excuse.

Tampa needed some things to go their way on Monday and they did. A better start was first on the list. The Lightning allowed three goals in each of the first two games getting behind the eight ball early. The break came when an apparent Avalanche goal was challenged and disallowed for being offside. They still fell behind by a goal but scored twice less than two minutes apart to take their first lead of the series.

And the Lightning got some scoring from players expected to score. Steven Stamkos had a goal and an assist, Corey Perry and Anthony Cirelli each ended lengthy goal droughts, Nikita Kucherov had a pair of assists and, more importantly, Andrei Vasilevskiy rebounded with a strong game. The latter was to be expected since the goalie has been stingy throughout the season. One game after giving up seven goals on 30 shots, Vasilevskiy stopped 37 of 39 on Monday night with several sparkling stops.

Tampa was also able to negate Colorado’s speed allowing them to counter attack and pressure the defense. They also got a few past Darcy Kuemper forcing him out of the game in the second period. While the last two games haven’t been close we’ve seen enough offense for the clubs to be NHL picks against the OVER. All three games have cashed the OVER with Colorado playing above the total in four straight games and in eight of their past 11.

We expected offense in the series and the teams haven’t disappointed. Colorado is the highest scoring team in the playoffs averaging around 4.5 goals with a number of players contributing. Tampa Bay hasn’t been nearly as lethal, but they have the weapons and they were on display Monday night. Stamkos had his first points of the series while Perry scored for the first time in nine games. On Monday the Lightning showed they can play a fast break game while still being responsible defensively. And getting stops from Vasilevskiy was a big help. Colorado wasn’t so lucky on the defensive side with most of their mistakes ending up in the back of the net. I said before the series that Tampa had the edge in net giving them the advantage in the series. Vasilevskiy was brilliant after losing the first two games to New York in the East final and he showed up on Monday when the Lightning needed him. And I expect he’ll be equally good as the series continues.

Tampa has bounced back time after time making the necessary adjustments to stay successful. They did that for Game 3 and that will continue on Wednesday. Home ice plays a big role with the hosts having the last change helping the Lightning nullify Colorado’s speed. And they’ve been an NHL best pick at home giving them the upper hand in Game 4.