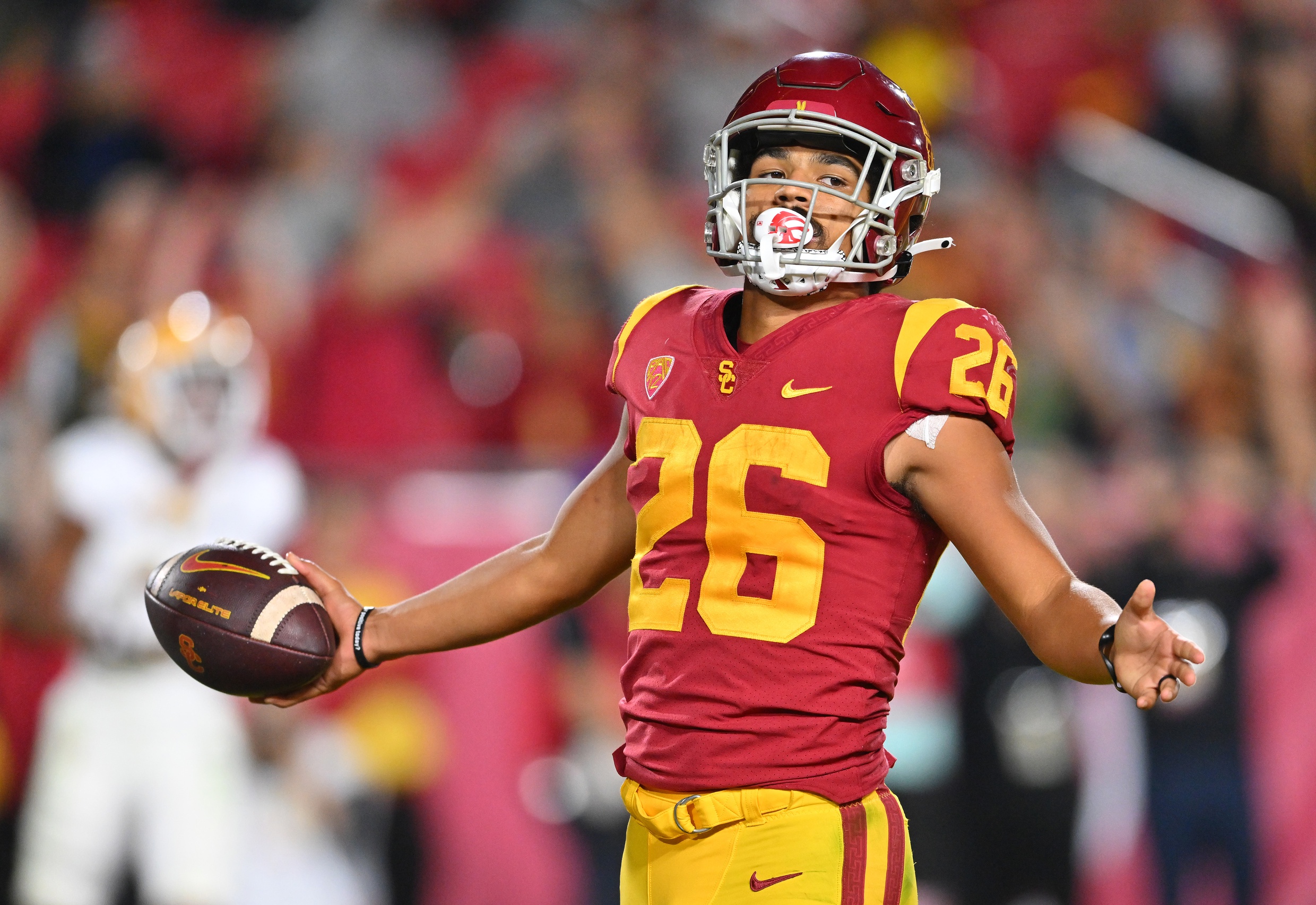 It was a catastrophic showing for the College Football Market Movers Report last week after logging a sickening 2-5 ATS showing. Wake Forest proved to be up to the task of traveling to the Doak, the line move in favor of Illinois got Paul Chryst fired, Tulsa teased us all game before losing by 10, Ole Miss pissed away an early 14-0 lead and needed to hold on to win, and Mississippi State curb stomped A&M. The two winners were of the run away and hide variety with TCU and San Jose State skunking Oklahoma and Wyoming respectively.

Our bankroll took a hit at PointsBet Sportsbook because of it. The Week 6 goal is to get back in the black!

The Horned Frogs hooked us up last week in a big way taking the wood to Oklahoma right from the outset. TCU’s offense has thrived early on under Sonny Dykes’ watch with it breaking scoreboards to the tune of 48.5 points per game. Now Max Duggan and Co. gets to run up against a Kansas defense that’s been ripped for over 380 yards per game (No. 78) with 267 of those yards coming through the air (No. 105).

As bullish I was on the Horned Frogs entering the regular season, something special is going down in Lawrence right now with Lance Leipold raising the program from the ashes. So much so that KU will have ESPN College Gameday on campus for the first time ever. A sold out Booth will be rocking – gimme those points! And of course, a sprinkle on the moneyline…

The Trojans are yet to truly impress in Pac-12 play. Sure, they covered against Stanford in Week 2 but didn’t look good doing so. Then they had to fight tooth and nail to get by Oregon State in Corvallis and just followed that non-cover up with another in a 42-25 win and against what’s proven to be a horrendous Arizona State squad.

It’s high-time Lincoln Riley’s kids put forth a supreme all around effort with a do or die confrontation set to go down in Salt Lake City next week!

Though 66 percent of the bets and 67 percent of the money has aligned itself with Wazzou who already possesses one outright win under the belt as a double-digit road dog, I’m backing Caleb Williams and his mates who I thoroughly believe make a statement Saturday night.

The Commodores got out to a nice start to their 2022 campaign winning three of their first four games, but it’s been rough sledding against higher caliber opposition evidenced by the 20 point home defeat to Wake Forest and the 55-3 thrashing up in Tuscaloosa last weekend.

Something tells me the Dores’ 1-2 backfield punch of Re’Mahn Davis and Mike Wright will be ready to go off against an Ole Miss defense that might not be as good as it’s cracked up to be.

Mizzou put forth a Super Bowl type effort last week at home almost upsetting the Georgia Bulldogs as 31-point underdogs. These kids were on cloud nine taking a 22-12 lead early in the fourth quarter, but then it all came crashing down. The Dawgs calmly went about their business and scored the game’s final 14 points to get out of Columbia with the dub.

Now the Tigers must make the trek for “The Swamp” where a vengeful Florida team will be looking to secure its first conference win of the season after dropping 38-33 and 26-16 decisions to Tennessee and Kentucky respectively.

Anthony Richardson and his mates have gotten the attention of the betting market at 64 and 65 percent clips, and I’m of the belief the Gators are the right side to be on with Missouri undoubtedly set to suffer an enormous letdown in a hostile environment.