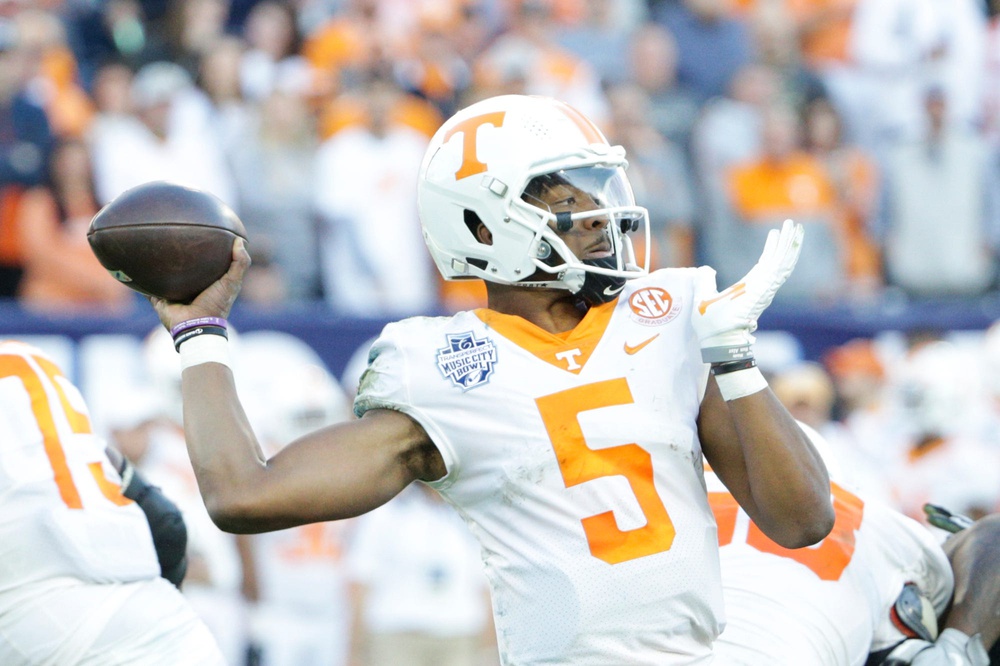 The college football betting season kicks off at PointsBet Sportsbook on Thursday night, with the action finally concluding Labor Day night in Hotlanta. While CFB bettors enjoyed the taste of the Week 0 appetizers, the main course is about to be served! But just how ready are CFB bettors to take advantage of a virgin market with a majority of teams making their 2022 debuts?

By the looks of the line movement, they seem to have drawn their line in the sand and boldly told oddsmakers they were flat-out wrong lining some games where they did. The purpose of this piece is to track some of the more eye-opening point spread line moves of the Week 1 slate and report on whether the betting market’s assumptions hit it out of the park or missed the mark. The betting line must have moved four points in order to qualify.

I’ll be keeping track of this phenomenon on a weekly basis, so be sure to check back often for the most up to date records and recaps. It’ll be interesting to see how these market movers perform out of the gates!

The Vols look primed for a banner offensive season with Hendon Hooker back to run the show with Josh Heupel once again calling the shots. CFB bettors are buying into what Tennessee is selling so much so that this matchup with Ball State represents the biggest line move of Thursday night’s slate. A hefty 77 percent of the tickets and whopping 92 percent of the money have pushed the number to beat from the 28-point opener to -35.5!

Though a new era is set to open up in Gainesville on Saturday night with Billy Napier now calling the shots for the Florida Gators, the betting market has confidently faded his kids against a Utah team that enters the year ranked No. 7 in the land. The Swamp is undoubtedly one of the toughest venues in the nation to go into and come out victorious, but that hasn’t stopped CFB bettors from hammering the Utes at a 66 percent clip, ultimately turning them into 3-point favorites after hitting the board 1-point road dogs. It likely has much to do with the ground assault Cam Rising, and his mates are about to unleash!

With Wyoming just getting thumped in Champagne by Illinois, it comes with little surprise to see the betting market gravitating towards visiting Tulsa in the Golden Hurricane’s season opener. PointsBet has simply been unable to garner much interest in the home dogs in this classic case of “what have you done for me lately?” That likely won’t be an issue if it ultimately reaches +7. Heck, I’m taking a flier on the Pokes tight now - that Laramie altitude is something else!

BG went 4-8 SU and owned a -111 point differential last season. They’re 300-1 to win the MAC in 2022. UCLA is now in the fifth season of the Chip Kelly era. Dorian Thompson-Robinson is back under center for his senior campaign, as is RB Zach Charbonnet for his. And still, the Bruins have only received 20 percent of the money, forcing linemakers to shave off better than a touchdown from the 31.5-point opener. What am I missing here?!

The Wolf Pack was one of two handfuls of teams that participated in gridiron warfare in Week 0. They hardly looked polished, struggling to get by a weak New Mexico State squad 23-12 as 7-point road favorites. Nevada was actually outgained in that one 303-257 but got bailed out by winning the turnover battle 5-0. Its triumph was of the false positive variety, and the betting market has since pounced on the Bobcats, ultimately lowering them to 1-point underdogs after initially opening +10.5.

This ladies and germs, is the biggest line move of the week!

Saturday’s final kick is set to go down on the island where Hawaii will attempt to bounce back from last week’s atrocity against Vanderbilt. Did you really expect the Rainbow Warriors to receive any love after getting curb stomped by the ’Dores 63-10 as 8-point home pups? On the flip side, the Hilltoppers had all sorts of issues getting by Austin Peay as 30+ point favorites, ultimately pulling away in the fourth to escape with the 38-27 win and non-cover. Don’t be so quick to lay the points in the bailout game of the night!