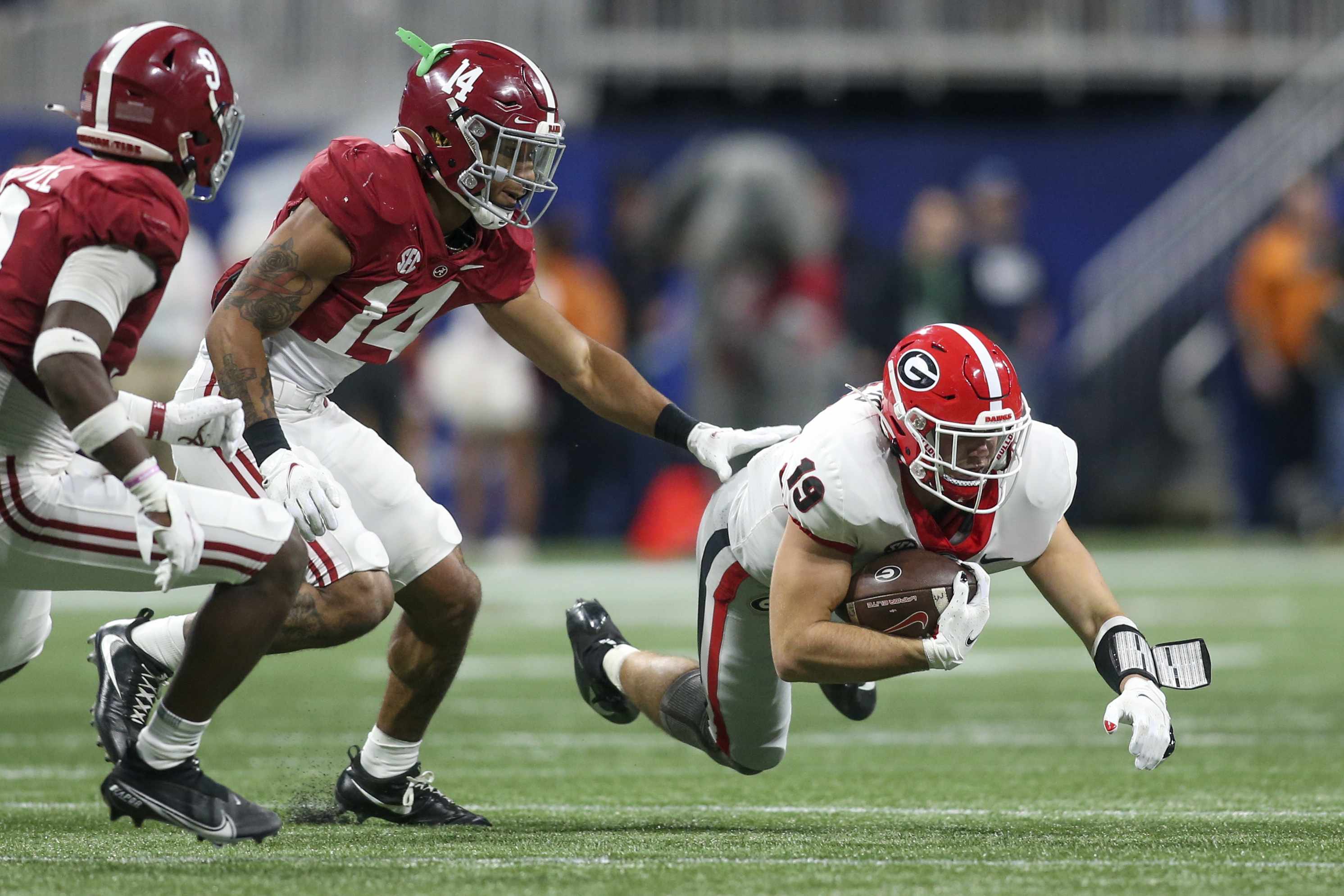 The No. 3 Georgia Bulldogs take on the top-ranked Alabama Crimson Tide for a second time this season with a national title on the line. The Crimson Tide got the best of the Bulldogs in the first meeting, a 41-24 victory in the Southeastern Conference Championship Game.

Both teams scooted through the opening round of the College Football Playoff with little trouble. Alabama took down the fourth-seeded Cincinnati Bearcats 27-6 while Georgia beat second-seeded Michigan 34-11.

This isn’t the first time that these teams have met with national title implications on the line. The 2018 edition pit the Crimson Tide and Bulldogs together in Atlanta with Tua Tagovailoa throwing a long score on 2nd and 26 with his team down by three in overtime. The result was a 26-23 Alabama win.

In fact, the Crimson Tide have taken down the Bulldogs each of the last seven meetings dating back to 2008.

Can Georgia finally end the losing skid to their nemesis or will Nick Saban and Alabama continue their dominance?

It will certainly be an entertaining matchup to watch, but we’re looking to find some value in other areas of the game. Key matchups and individual player performances could help you close this game out with some extra dough in your pockets.

Check out our best NCAAF Prop Bets for the upcoming title bout at BetMaker.

All odds courtesy of SugarHouse.

The Bulldogs may have lost the last seven matchups to their SEC brethren, but they’ve typically gotten off to quick starts before crumbling late. In fact, Georgia has struck first in three of the last four meetings, including their most recent battle in which UGA led 10-0 before Alabama stormed back with 24 second quarter points.

Expect the Bulldogs to come out aggressive with the ball as they look to gain momentum and an early lead. Georgia possesses a ton of playmakers on offense, look for them to be utilized. Kirby Smart got a little too conservative last time he faced the Tide. He’ll be sure to keep his foot on the gas from the start this time around.

Georgia to Lead at Halftime

Similar to the “First to Score” stat, the Bulldogs have held halftime leads in three of the last four meetings. In the last National Championship matchup, Georgia held a commanding 13-0 advantage at the intermission, only to be outscored 26-10 by the Crimson Tide in the second half and overtime sessions.

Again, we expect the Bulldogs to be aggressive on offense as they try to keep pace with Heisman Trophy winner Bryce Young and the Alabama attack. Heading into halftime with a lead would give Georgia some confidence as they try to finally get this monkey off their back.

Alabama has scored more that 24 points in each of the last seven meetings against the Bulldogs. Not surprisingly, all have ended with Crimson Tide victories.

Bryce Young has a plethora of talented playmakers to get the ball to, and this Crimson Tide bunch has the ability to put points on the board quickly. Georgia has seen this firsthand, with Alabama scoring 24 points in the second quarter, alone, in the most recent SEC Championship Game.

This Alabama offensive unit was held to 24 points or less just once all year, a rivalry game matchup with Auburn in the final week of the regular season. They boast the third-ranked scoring offense in the country at just over 41 points per outing.

Georgia undoubtedly possesses the nation’s best defense, but Alabama will put their fair share of points on the scoreboard. The Tide may not crack 40 points as they did in the last meeting, but eclipsing the 24-point mark seems more likely to happen than not.