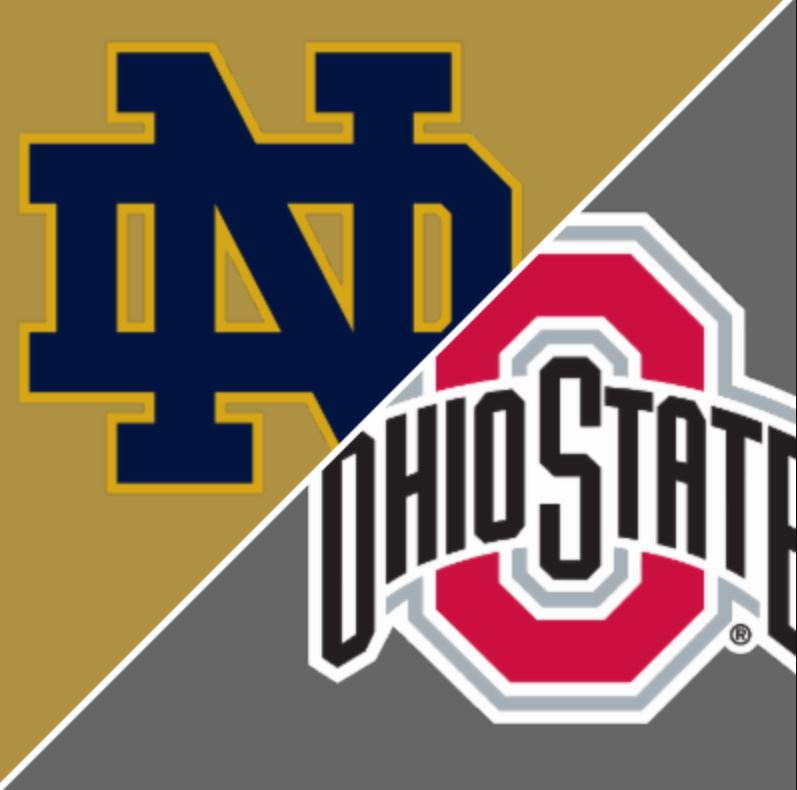 We have a big showdown as the Ohio State Buckeyes host Notre Dame in primetime Saturday night. These two playoff contenders will be looking to make a statement in Week 1 for the rest of the college football world to see.

The Buckeyes come in as a national championship favorite, boasting the second-best chances of landing the title according to BetRivers sportsbook. Those +250 odds fall only behind Alabama. Ohio State brings back one of the most potent offenses in the nation and a defense that is capable of limiting opponents.

Notre Dame, meanwhile, is looking to start new under head coach Marcus Freeman following the departure of Brian Kelly to LSU. They’ll also start a new signal caller under center in Tyler Buchner, who’s bound to shake up the offense a bit. Tight end Michael Mayer returns, but the Irish will be without last year’s leading receiver and rusher. While it is a bit of a rebuild, Notre Dame still has the talent to compete.

BetMaker previews this high-powered matchup and gives its prediction for Week 1.

Notre Dame is fresh off of an 11-win season and near appearance in the College Football Playoff. The Irish lost only to Cincinnati in the regular season, finishing fifth in the final week’s AP Poll. That’s when all hell broke loose with Brian Kelly jumping ship to the Bayou. Notre Dame would go on to lose the Fiesta Bowl in the only game coached by Marcus Freeman.

But there’s plenty of hope surrounding Freeman. Players and fans have rallied around the head coach, and he’s hit the ground running on the recruiting trail. The true measure of success, though, will be seen in the win/loss column. He’ll have a chance to make a huge statement against a Buckeyes team that many are already putting in the national title game.

Speaking of Ohio State, they’ll return Heisman candidate CJ Stroud, leading receiver Jaxson Smith-Njigba, and 1,200-yard rusher TreyVon Henderson. To put it lightly, the offense is loaded. There are some things to clean up on the defensive side of the ball, which new defensive coordinator Jim Knowles will look to do. Still, Ohio State should be able to outscore most everyone they face in the Big Ten.

This will be the seventh all-time meeting between these historic programs, with the Buckeyes leading the series, 4-2. Ohio State has won each of the last four meetings dating back to 1995, while Notre Dame’s lone victories came in the 1930s. The last matchup took place in 2016, a 44-28 victory for the Buckeyes in the Fiesta Bowl.

Ohio State won seven games by more than 17 points last season, and they scored more than 40 points in nine contests. With much of that production returning on offense, it’s safe to say a similar output could be expected. They were 7-5 ATS last season.

Notre Dame will look to combat that attack by controlling the clock in the run game. Look for the Irish to use the legs of QB Tyler Buchner and hold on to the ball as long as possible. Notre Dame went 9-3 ATS last year, including covering their last seven regular season games.

When looking at this series, Ohio State has won each of the last four games by double digits, though just one has eclipsed the 17-point spread set for this outing. Two of those totals have gone over 70 points. It could also be worth noting that Ohio State has won every matchup between these foes when both teams are ranked.

Marcus Freeman is a man on a mission. When learning that his team was a three-score underdog, he said the following.

While the spread is down a half-point, Freeman wants to use this as bulletin board material. He needs his guys to play with a chip on their shoulder and an underdog mentality. Hopefully, that motivates a lineup of new faces.

Ohio State is looking forward to the matchup, too, but Ryan Day is hoping the moment isn’t too big for his team. He knows what’s on the line and the potential that this roster has.

“The urgency’s going to be here. We’ve got to seize this moment.”

While we do believe the Buckeyes can cover the 17 points, it is a massive spread for a Top 5 matchup. We’ll look to the point total in a game that expects to be a shootout. That plays into the hands of the Buckeyes.

Notre Dame should be able to score a bit on that Ohio State defense, but it won’t be able to keep pace. We’re guessing for an outcome around 41-21.