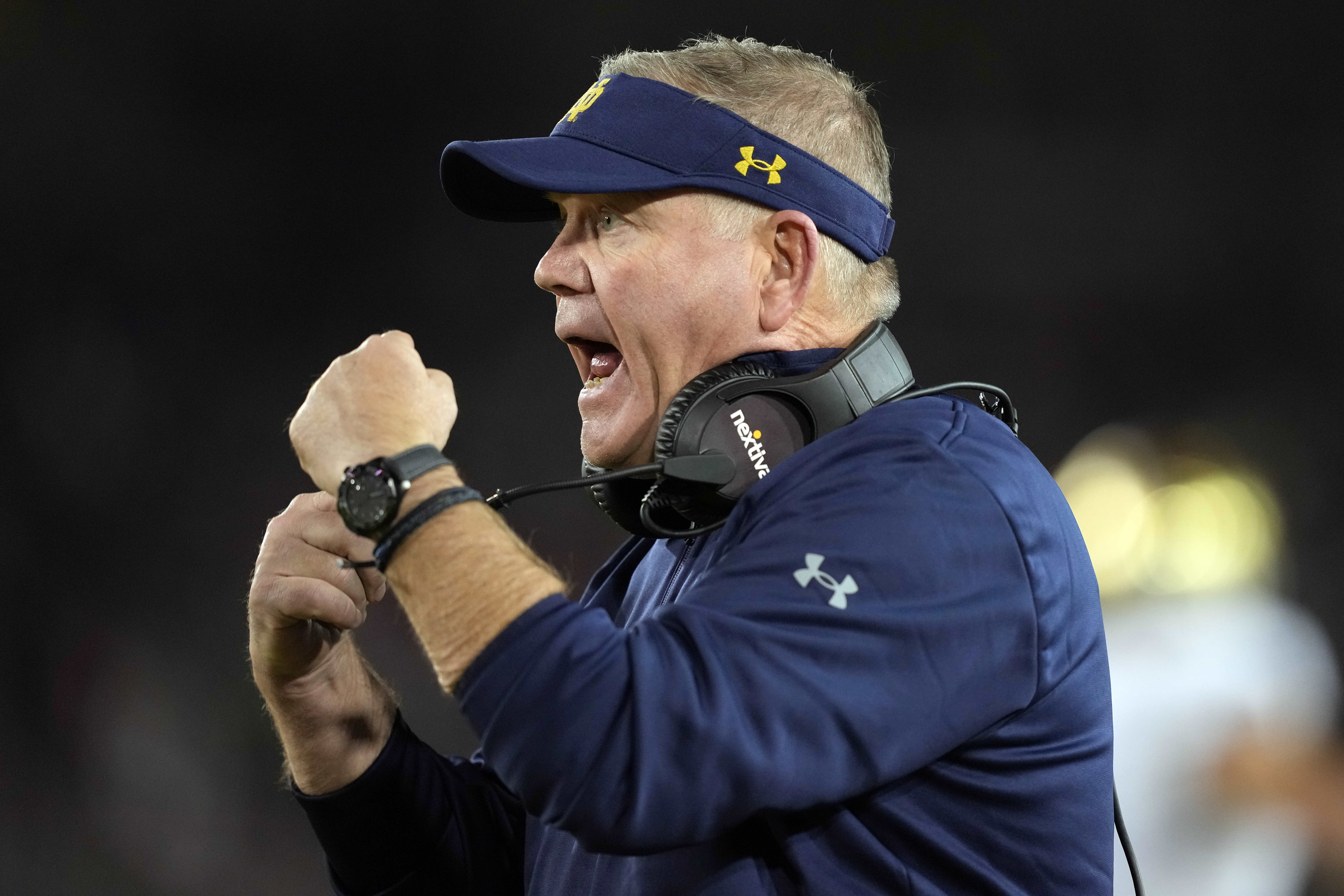 Let’s take a look at what happened in NCAA coaching news over the weekend while also looking ahead to what’s next at some of the sport’s top spots.

Billy Napier to the SEC

The first SEC opening to be filled was down in Gainesville where the Gators landed who they hope to be their coach of the future. Billy Napier agreed to terms with the university on Sunday after Florida parted ways with Dan Mullen last week.

Napier had been the head coach at Louisiana for the last four seasons, leading the Ragin’ Cajuns to three consecutive 10-win seasons and a pair of bowl victories. He’ll look to turn around a Florida program that finished 6-6 on the season with late season losses to South Carolina, Missouri, and LSU.

In the surprise of the weekend, Lincoln Riley is out at Oklahoma. After hearing his name tied to the LSU opening last week, Riley appeared to solidify his stance on staying in Norman with a strong statement to the press. Fast forward a few days and the former Sooners leader is gone, but he’s not heading East like originally believed.

Instead, Riley will head to the West Coast to take over a USC program that’s been stagnant for the last few seasons. It’s likely that he’ll take a few players with him, too, as the latest recruiting class is already seeing attrition from top flight prospects.

Riley has been a hot name in coaching over the last handful of seasons. His success at Oklahoma makes him a big splash hire for the Trojans, who’ve been searching for an answer at the helm since Pete Carroll.

It’s been noted that Riley wasn’t happy with the Sooners’ upcoming move to the SEC, which helps make sense of why he wouldn’t take the LSU opening. Instead, he lands in LA where he can attract five-star talent while having an easier path to the College Football Playoff. This could wind up being a huge hire for Southern Cal and it should immediately increase their NCAAF playoff odds.

Does LSU have their guy?

With Lincoln Riley off the board, it appears that the Tigers have settled in on their next target. And according to Pete Thamel of Yahoo! Sports, negotiations may be all but wrapped up.

Thamel reports that Kelly is set to become the next head coach in Baton Rouge, leaving South Bend for the Big Easy. This hire causes a major shake up at two of college football’s most prestigious programs. First, LSU feels it can return to national title contention with Kelly’s reputation and track record at the college level. Second, it leaves Notre Dame coachless heading into the postseason, a postseason that still has College Football Playoff aspirations. As it currently stands, the Irish hold the sixth-highest NCAAF championship odds at +3000 according to SugarHouse sportsbook.

Of course, as one door closes a new one opens, and that’s been the case with the coaching search in South Bend. Luke Fickell of Cincinnati and Matt Campbell of Iowa State are already being tied to the vacancy. Fickell has the Bearcats primed for the first College Football Playoff appearance by a Group of Five team while Campbell has kept the Cyclones in the top 25 each of the last five seasons including a top 10 finish last year.

Who does Oklahoma turn to?

Circling back to Oklahoma, who will the Sooners turn to in order to replace Lincoln Riley? The name gaining the most steam on Monday was Clemson defensive coordinator Brent Venables, who’s been with the Tigers since 2012. Prior to joining Dabo Swinney’s staff he helped land a national title for the Sooners as an assistant coach.

Venables may be the best bet but there are other names on the board, too. South Carolina’s Shane Beamer, Ole Miss’s Lane Kiffin, Kentucky’s Mark Stoops, and Tennessee’s Josh Heupel have all been linked to the vacancy. While the Sooners continue searching for their next leader, Bob Stoops will lead Oklahoma in its bowl game.